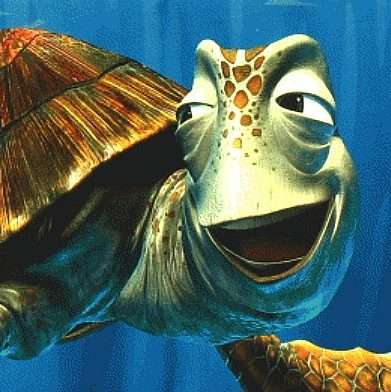 Posted at 18:02h in Uncategorized by Liz Cowie 5 Comments
0 Likes

Add this little guy to the list of the new and unusual creatures that have graced our waters and shores this summer and autumn. We have named him CRUSH! 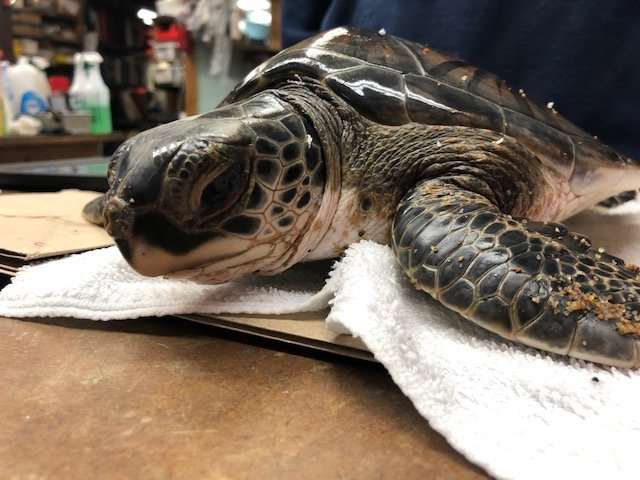 A lot of you know George Bossi, or Coach Bossi as he is affectionately known as. He and some other individuals were on the beach today near the jetties when they happened upon this little sea turtle. George called us at the shop, he brought the turtle into the shop, we called the Parker River Wildlife Refuge, Garreth and the biologist from the  PRWR came in to see the little guy. Next call was put into the Ashley at the Seacoast Science Center at Odiorne Point State Park  up in Rye NH. She came down to pick up the little guy and take him to the New England Aquarium. He was pretty lethargic and had a few scrapes and some sand up his nose which was most likely caused by being bounced around in the rough surf. He was found on the inside of the jetties so that means he was also tossed around in through the mouth of the Merrimac. Not a place any of of us would want to try and swim. So Ashley was pleased he was taken in and they were called. The NEA will take him in, run some tests, and get him the rest he needs for now. We are hoping that he will regain his strength and soon be on his merry way to wherever he was headed before the mouth of the Mighty Merrimac sucked him in. 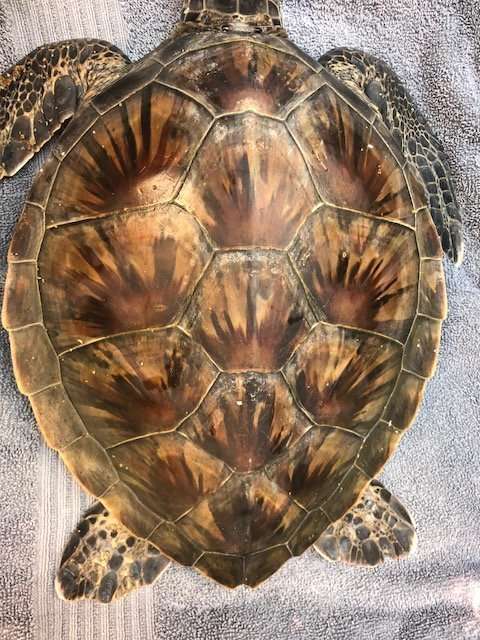 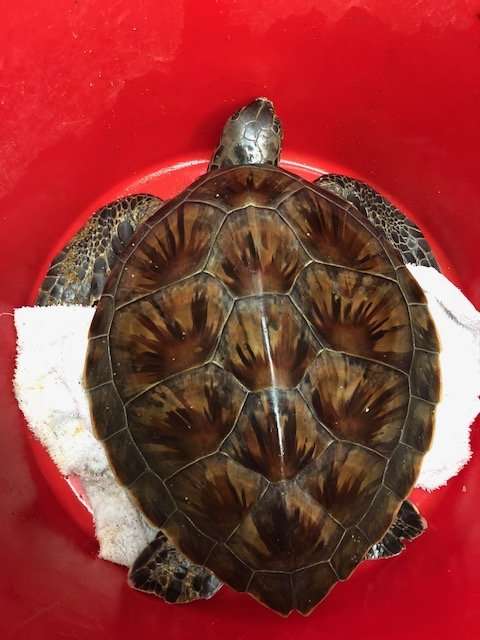 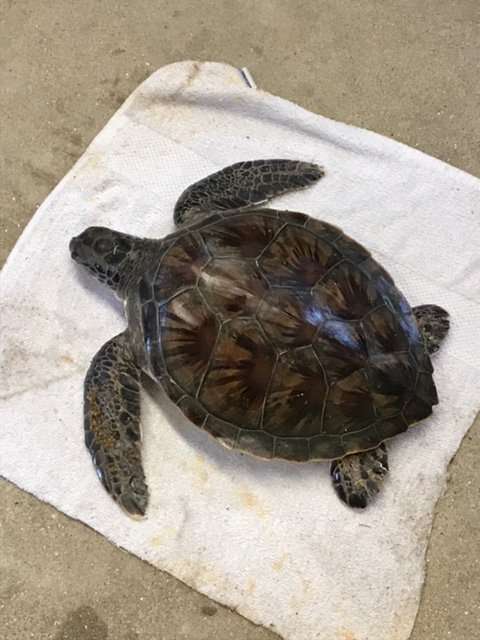 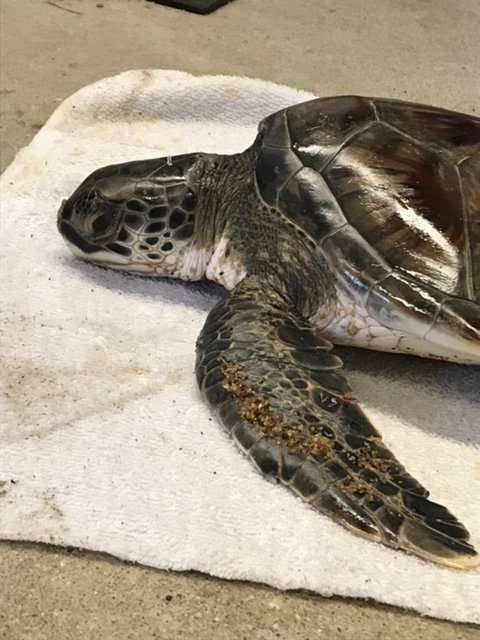 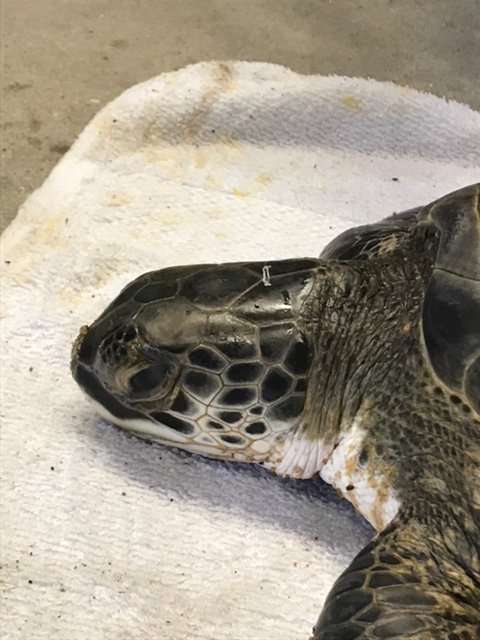 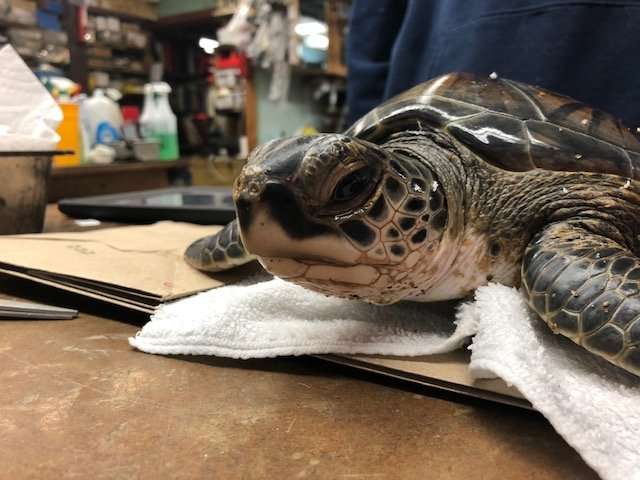 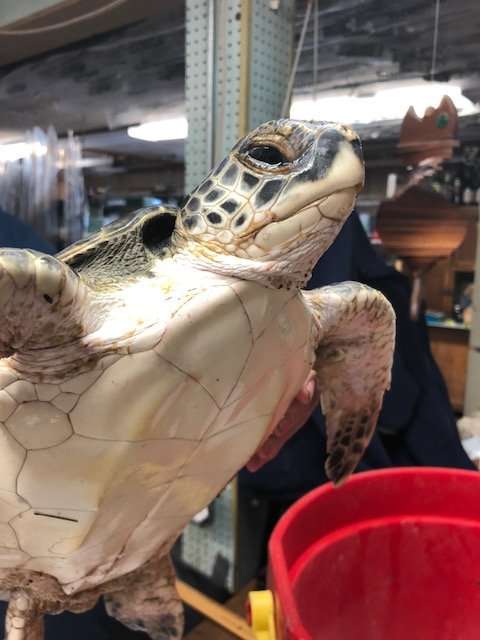 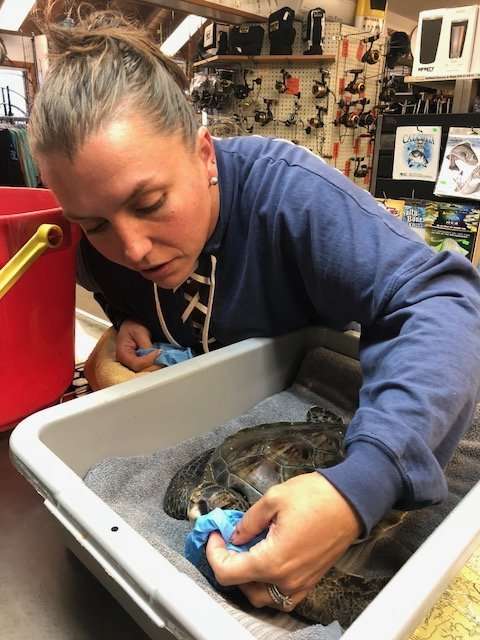 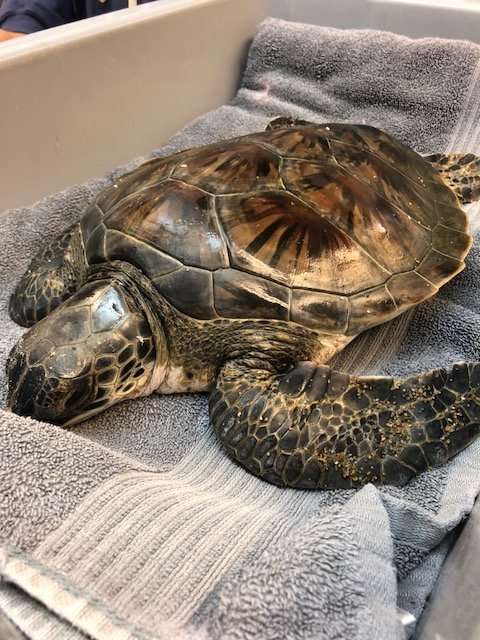 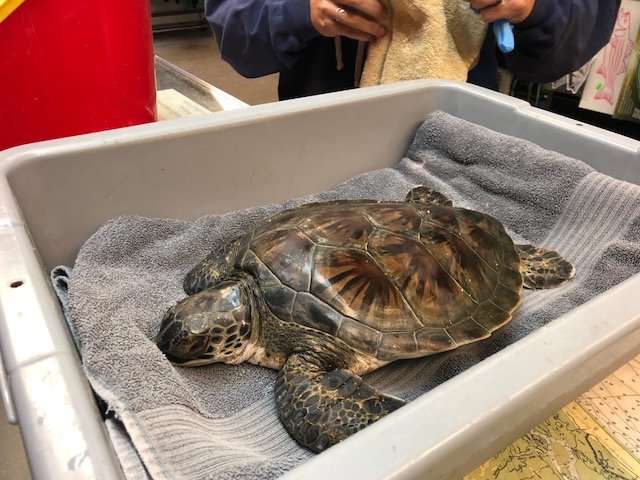 Ashley just sent us this update:

Crush is a green sea turtle. Definitely a bit thin, low blood sugar. Not sure exactly what is going on yet, but his temp wasn’t indicative of cold stunned yet. But it’s definitely good that he was found and brought in! He got some antibiotics, fluids, and a little swim time! They are definitely hopeful. Thank you for keeping him safe until I got there to give him a ride to the aquarium! 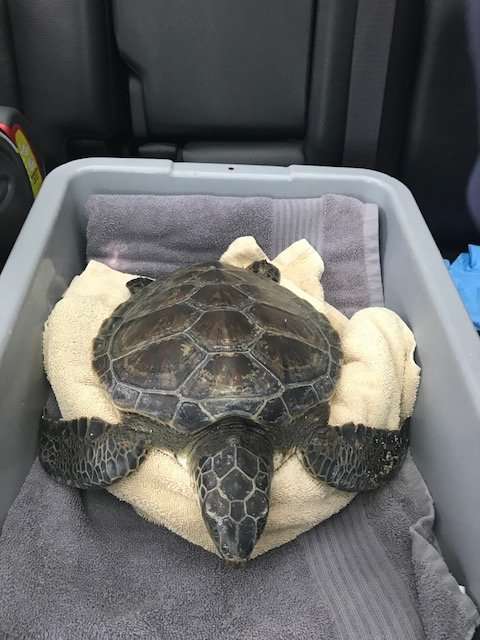 Good luck Crush..we are rooting for you!