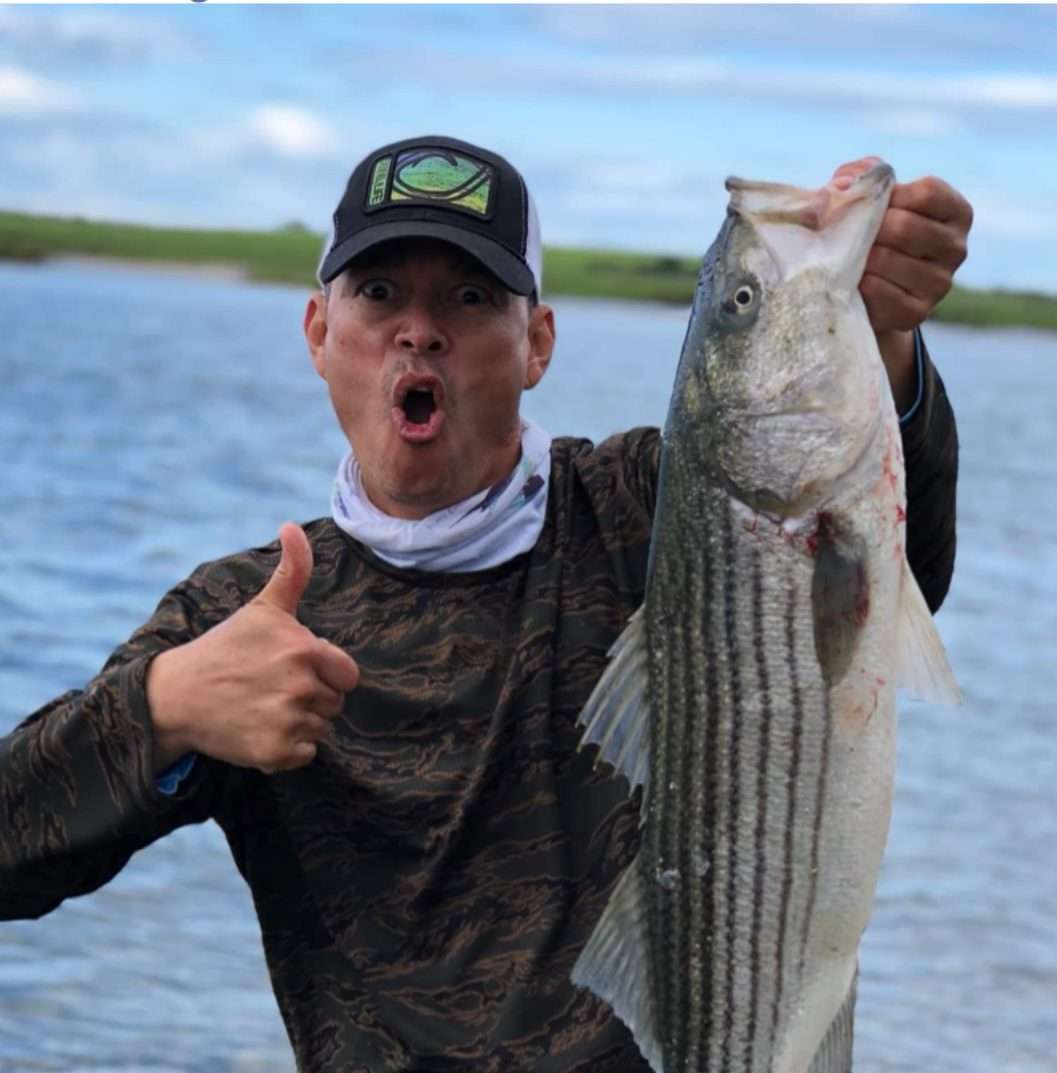 Well this photo says it all! Congrats Roberto………welcome home! Just sent to us this morning…… 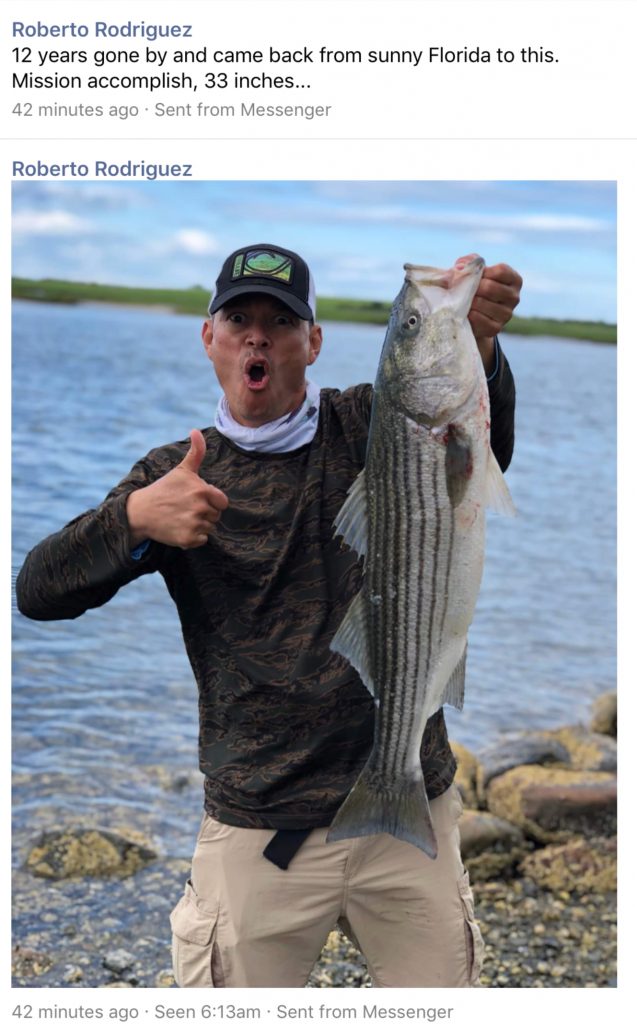 This week again we have seen a few of the bigger fish and have heard of many schoolies being caught. Since low tide has been early in the am and just before sunset this week the river mouths have been popular for most of the fishermen. Again clams and mackerel have been popular in the rivers and then worms have become the bait of choice for most guys along the oceanfront during the day. We have a beautiful Father’s Day Weekend coming up and hope to see you all out trying your luck! Here are a few pictures of the ones we have weighed in this week.

6/12: 8 year old Landon Chhouy from Lowell MA caught this 9-6 striper at the bottom of the outgoing tide on a piece of chunk mackerel at the southern end of the island. This is Landon’s first keeper of the season and he was a very excited fisherman!

6/14:  16 year old Robbie Wildman has been here from Pennsylvania on vacation and has caught his first striper. Robbie is an Eagle SCout and has been coming to our beautiful area for the past 11 years. Robbie caught his 9-6 striper om clams at the northern end of PI, at the mouth of the Merrimac during the mornings  low tide.

6/14: Local Newburyport resident Jack Petras was fishing Sandy Point on Thursday when he caught his 9-15 striper on clams at the bottom of low tide as the tide was turning to come back in.

6/15: Yesterday morning Dan Serna from West Roxbury fished Sandy Point for the low tide and was casting a Daiwa SP Minnow when he hooked into the 23-3 striper during the low tide.