Murph……..the man with the golden thumb! 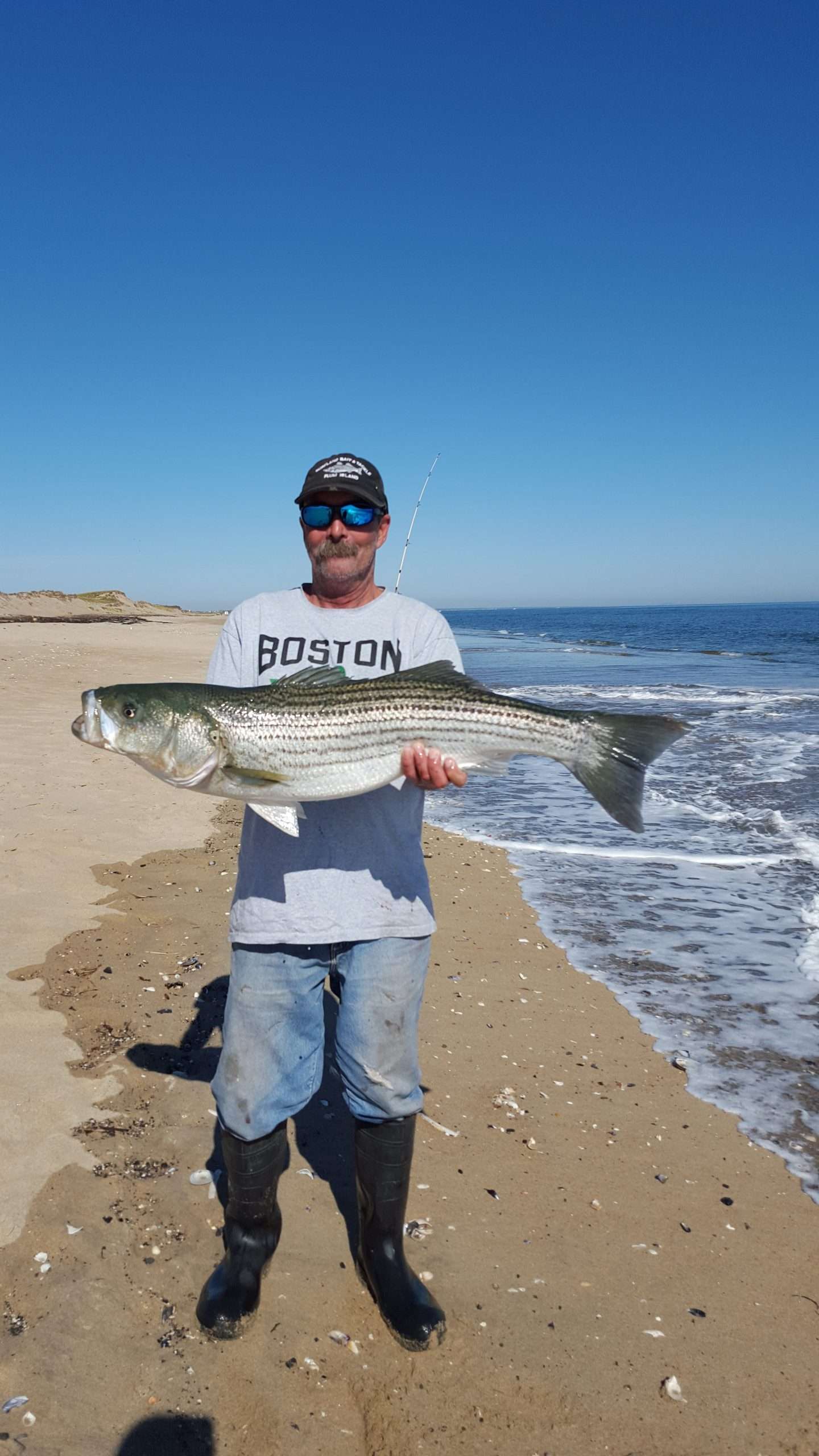 Posted at 12:37h in Uncategorized by Liz Cowie 0 Comments
0 Likes

Monday AM, Bob Nardone came in with a 9-8 pounder  that he caught along the oceanfront on worms.   This was the largest of all the fish he and his friends caught.  They fished from 4 to 9 or so.  The sun was shinning in the window.  I had Warren holding a big box up to block some of the sun to get a good picture!  Warren caught a few schoolies that morning using that damn Daiwa SP Minnow. 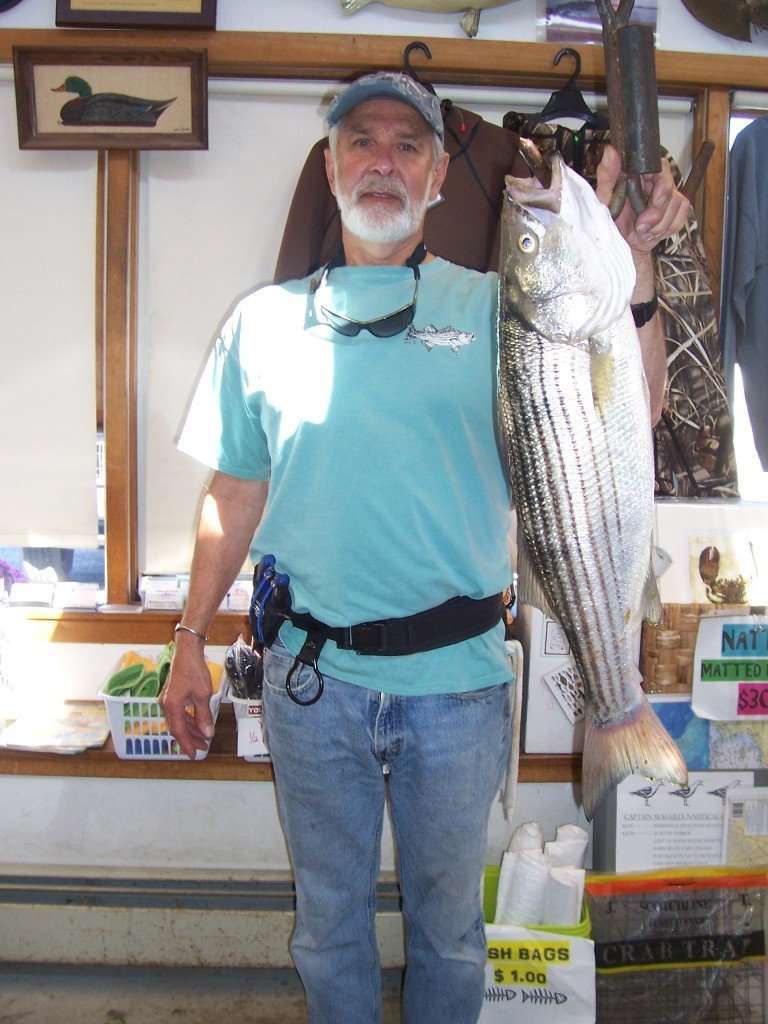 Murph, Murph, he’s our man!!!  Terry Murphy from Chelmsford had an awesome weekend.   Terry has a 4WD permit and the schoolies kept him busy the whole weekend.  Terry used a flat of sea worms over the weekend.  The biggest fish of the weekend was caught about just before noon of Monday.  After weighing it in,  Terry  said he was looking forward to a nap and then sharing grilled striper with his wife!

Adam Ledger sent us this photo of Terry and had this to say:

“Hey, that fish in the picture that I sent was the same fish that he weighed in. He had a great weekend. 3 keepers + a lot of shorts 22″-25″. I told him to pull the lucky horseshoe out of his behind & leave it there for the rest of us when he left. He must have taken it with him because nobody else in that area was really catching too much! ……. The legend of MURPH! ” 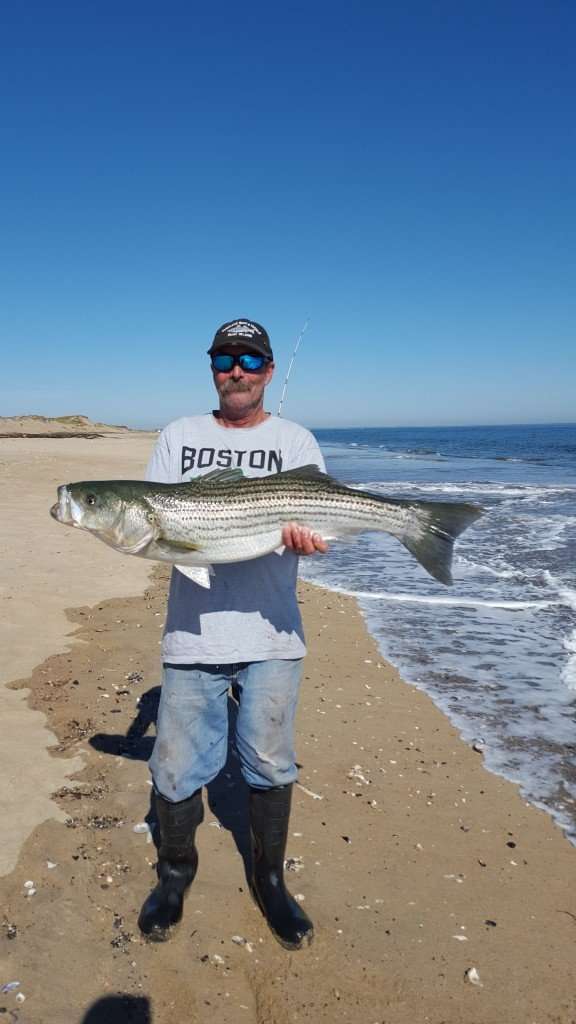 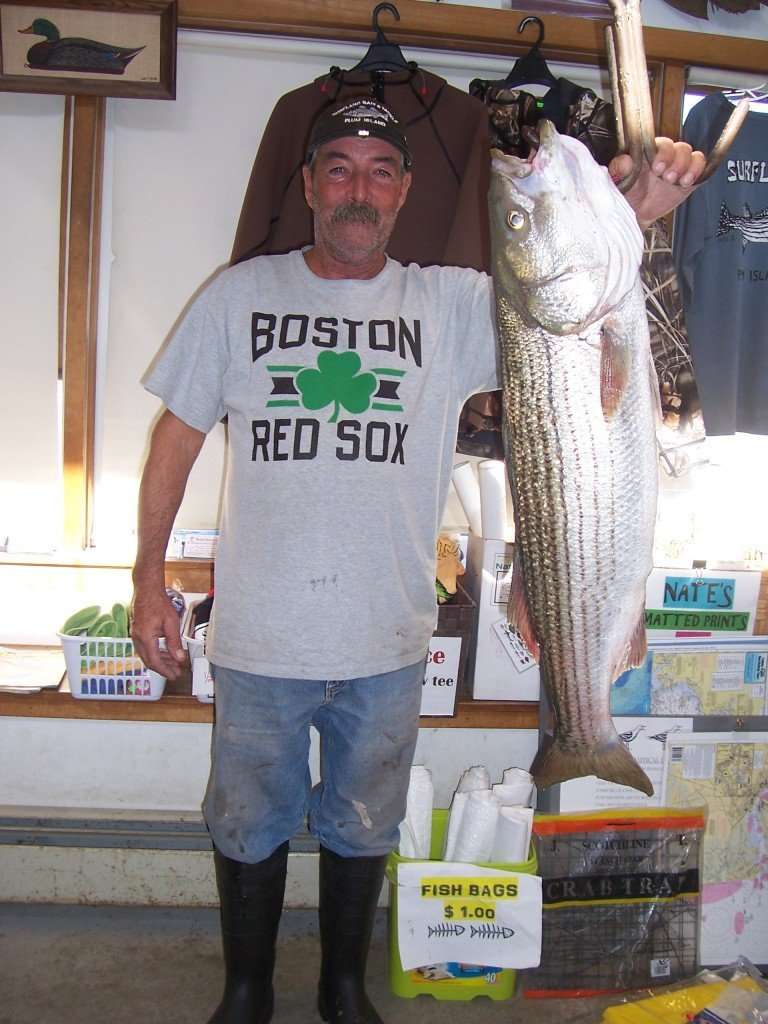 Ed Kelly was also on the beach yesterday afternoon and hard to believe,  he said he did not catch a fish.  Everyone around him was, but not him.  That is very unusual!!   A woman came down from Ogunquit, Maine to get some worms for her husband because he is still catching fish up there.  We have had several reports from the Southern Maine area that there are still fish being caught.  Keo from Lowell said he has been catching lots of fish in the Salem/Marblehead area over the past few days.  Boston Dave was catching fish in his boat off of Nahant yesterday. Said the birds were working and the fish were all over the place. He said that it was about the size of three football fields.   He called Kay to brag…..

So things are definitely not over.  Take advantage of the beautiful fall days ahead, grab some worms, and head out to the beach!!