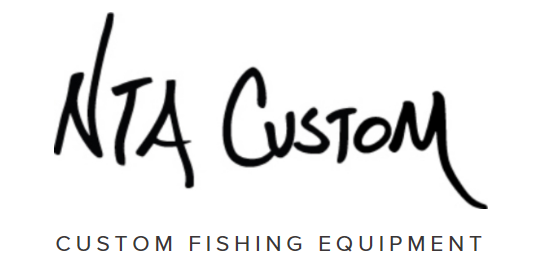 10 May NTA Lures have arrived!

Even if the fresh run of stripers haven’t arrived on the oceanfront of our little island, Isle of Plum as one fisherman puts it, NTA lures sure have. Thanks Neil for getting us these lures just before the season starts. Because some of you might just be interested in making sure that you have one an NTA lure in your bag for the season. His Ballerina lure would make a nice addition to the springtime plug bag. Popular for fishing light tackle on the beachfront but also from kayaks and boats in Joppa Flats and the Plum Island Sound, it’s a nice top water lure! Neil grew up on the island is probably is most famous for his wooden spook lures. Neil who did a lot of fishing in Joppa decided to make his a bigger version of the famous Heddon Spook Lure so he could target the bigger fish. The rest is history. A lot of local fisherman are very partial to the NTA Spook. And we cannot forget his needle fish and pencil poppers. Have a few special orders for his pencil popper for the canal. You know who you are, so they are here waiting for you! I have taken pictures on the local chart so maybe we can get Neil to give us some pointers some of his favorite fishing areas. (notice the copper color…..one of Neil’s favorites!) 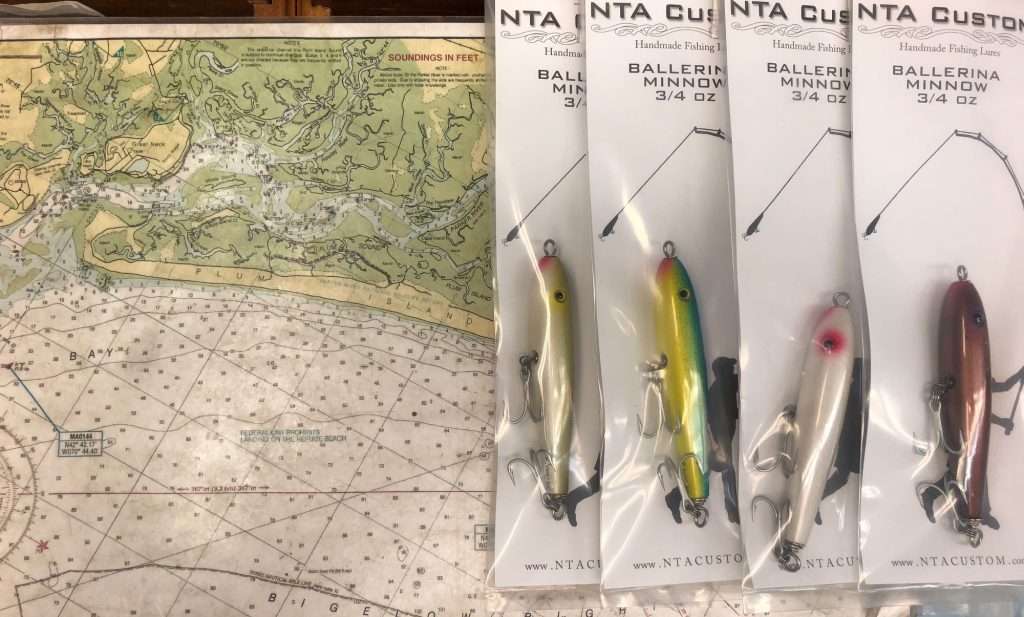 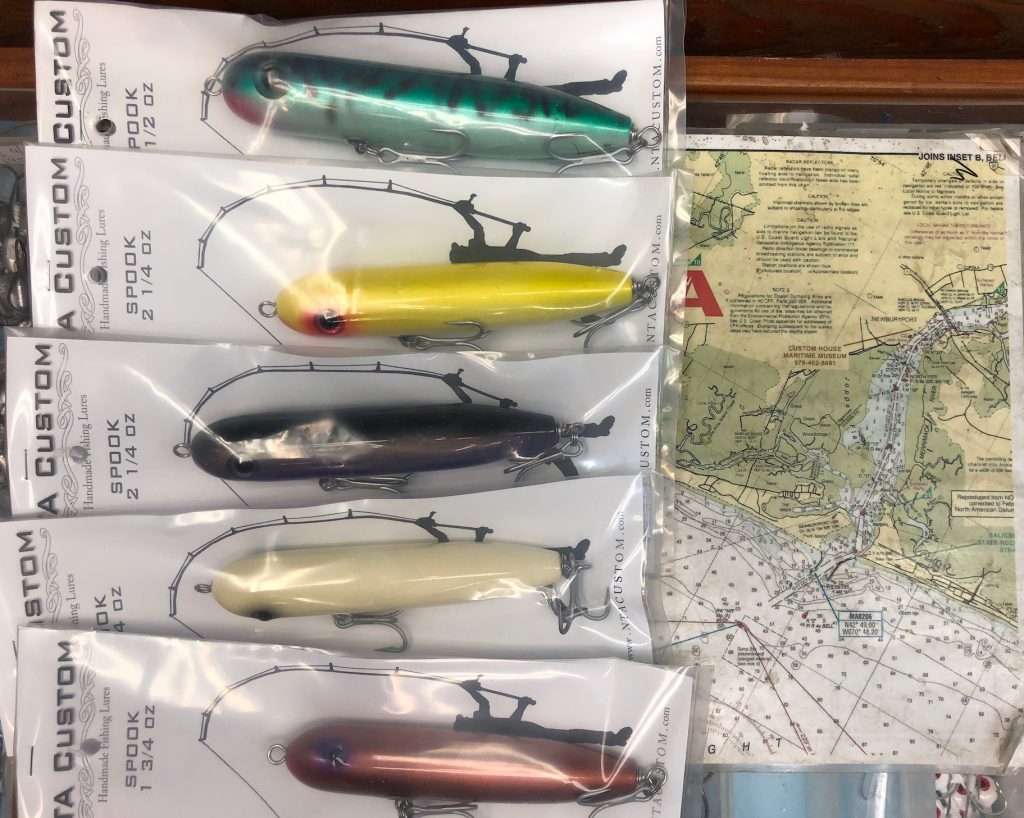 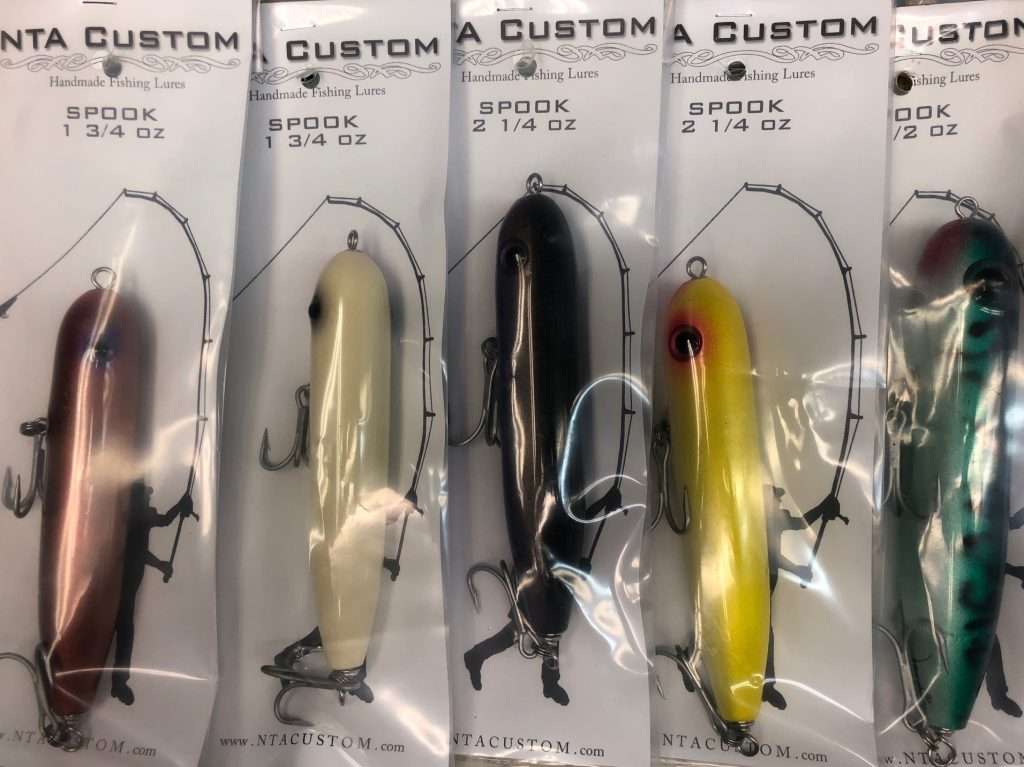 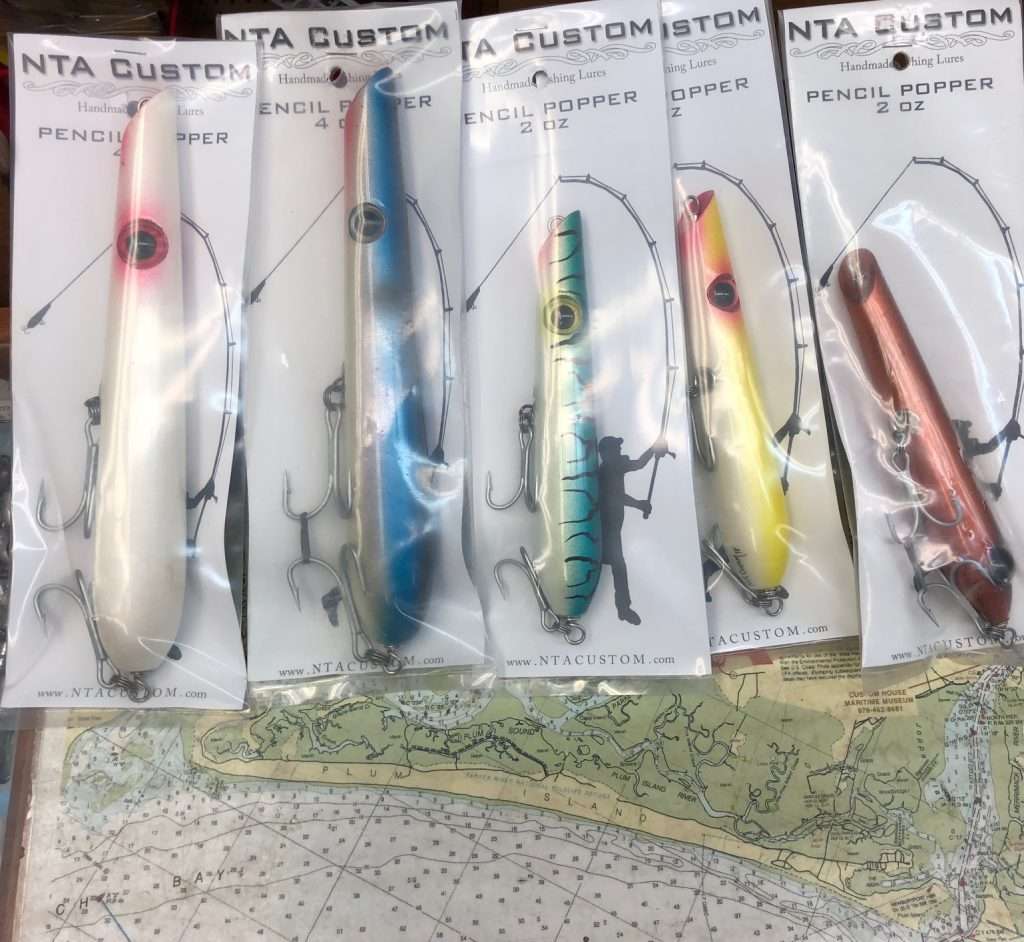 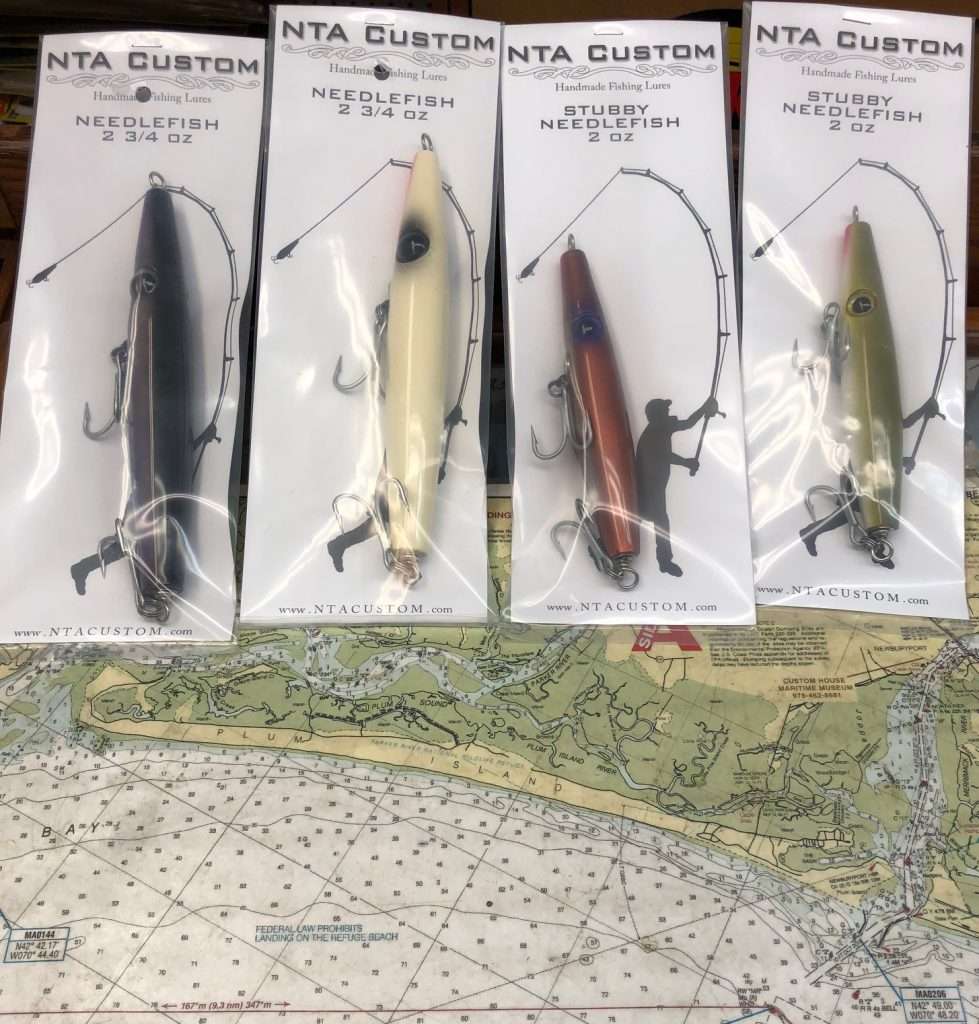 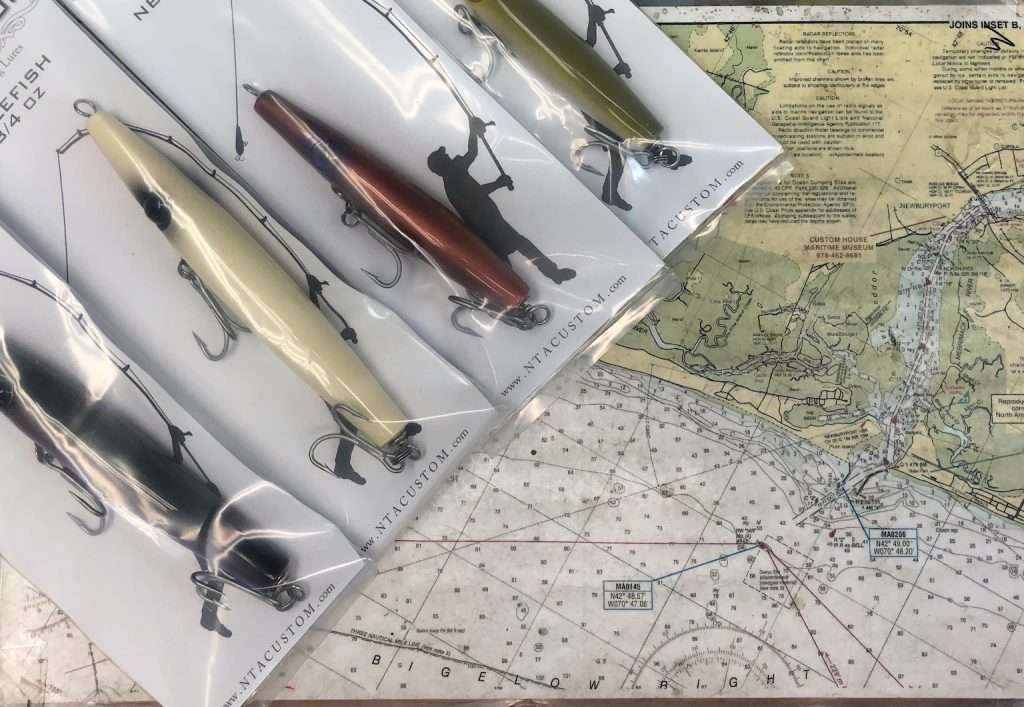