Sorry to say but yes the refuge is still shut. Boy, this has really put a damper on our fall run here. We have had a few of the buggy guys setting up camp over on the Salisbury side of the river at Salisbury State Park. Some of those guys have reported catching small stripers on worms and clams. We have other fishermen reporting small schoolies off of Hampton with the occasional keeper size mixed in. On the island here we have some guys trying their luck at the mouth and along the open section of beach. Again I can report that they are catching mostly small bass. Now some of our guys will walk the beach casting small lures and they also have been producing small fish. So, if you enjoy light tackle fishing come throw some lures.

I also have a report and a picture that I forgot to post last weekend. Peter S fishes from the Salisbury Jetties and up in Hampton from the shore and from a boat. Peter has been having a bit of luck over the past couple of months with Tautog and Black Sea Bass. Here is a picture of a Tautog that he caught on the North Jetty, Oceanside, outgoing tide on worms. 5 fish caught all in the range of 16″-20″. From the boat out at breaking rock he also managed some Black Sea Bass during the bottom of the tide using mackerel rigs with DD’s (a.k.a..Murderous Richards) on for weight. All fish caught here were just shy of the legal length. 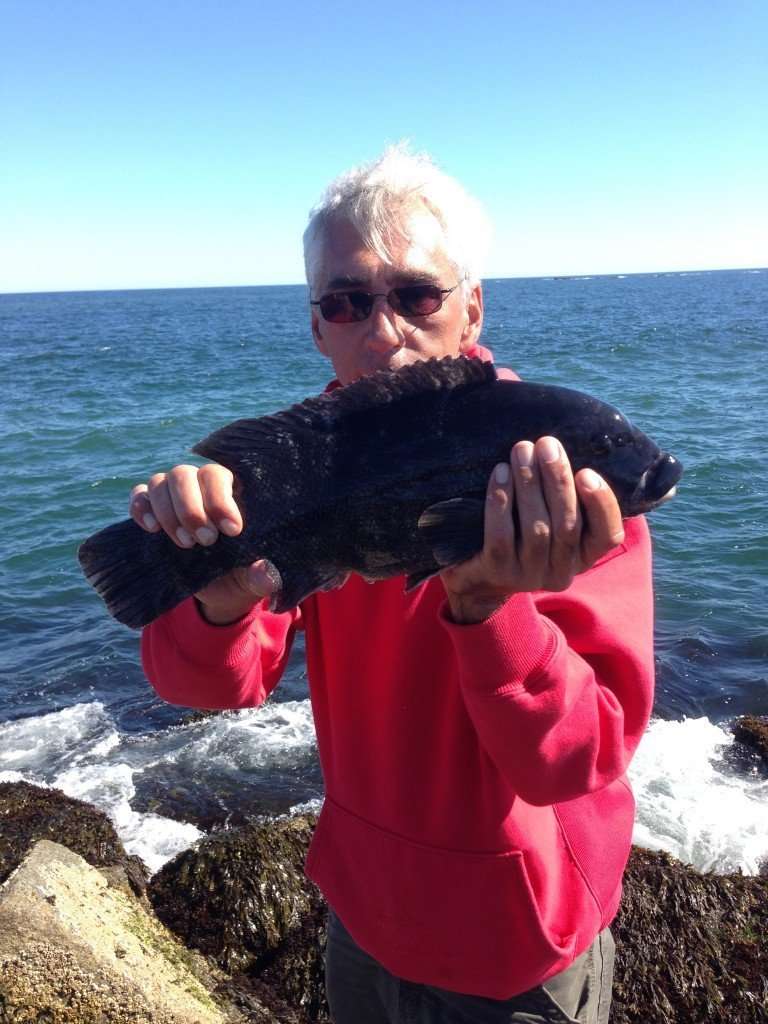