Nancy brought in one of her “catch” from the weekend. Yesterday we reported that she called in and that she had caught a fish that she wasn’t sure what is was. Well here is a picture of it. It is a Hake, or some call it a Whiting, and this one was about 10 inches long. They caught a few others over the weekend. 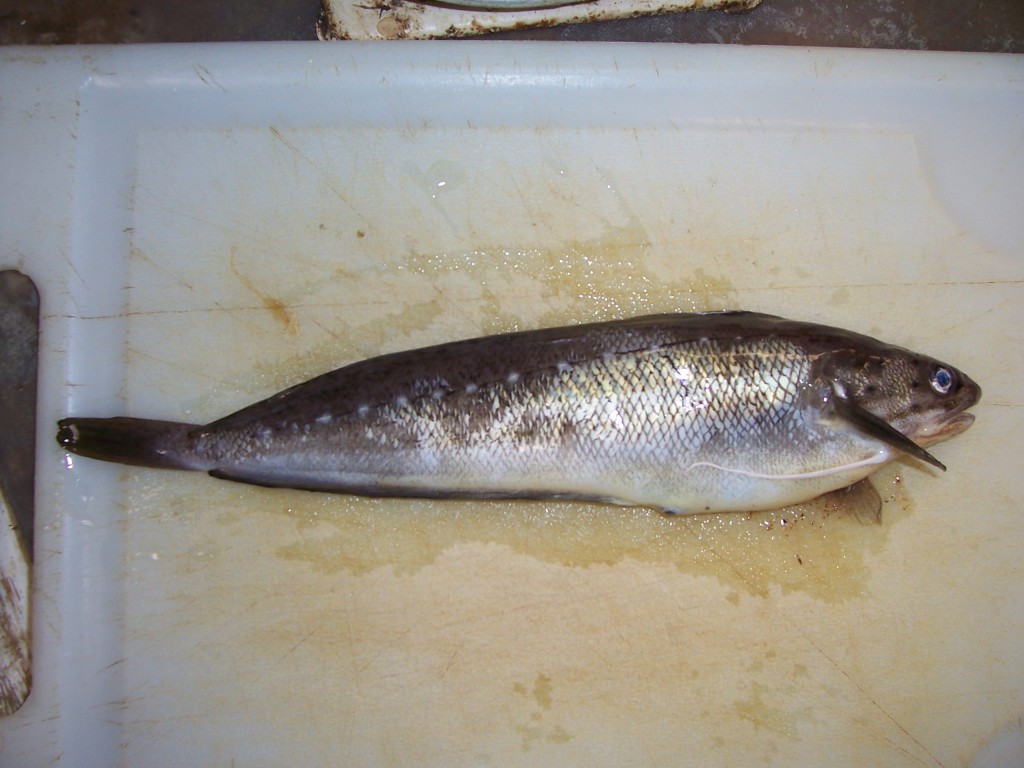 A few stripers were also taken today. Mike Parent had a catch-n-release today. He was fishing the northern part of the beach on the refuge during the incoming tide and got a 33″ fish on a Kastmaster.  Below is a picture of Ron Kaufman from Wakefield, MA with his 23.10 pound striper that he also caught on the northern section of beach in the refuge. Ron, however, was using imported bait. He snagged some pogies yesterday in Boston Harbor and used them down here today. Do you guys remember when we had pogies (bunker) up here?  They would run the beach. All you had to do was snag one and then live-line it and wait for the big stripers to come up underneath it and …………….gulp! 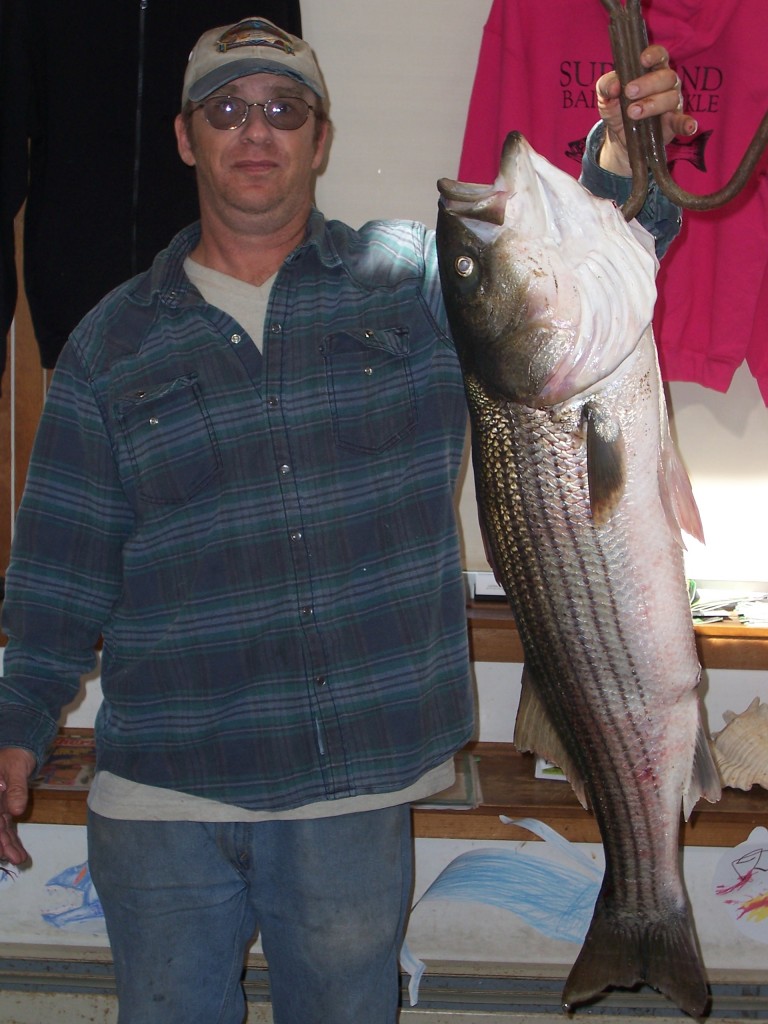 From the boat………..  there wasa report of small bluefish being taken inside the mouth of the Merrimac trolling swimmers.