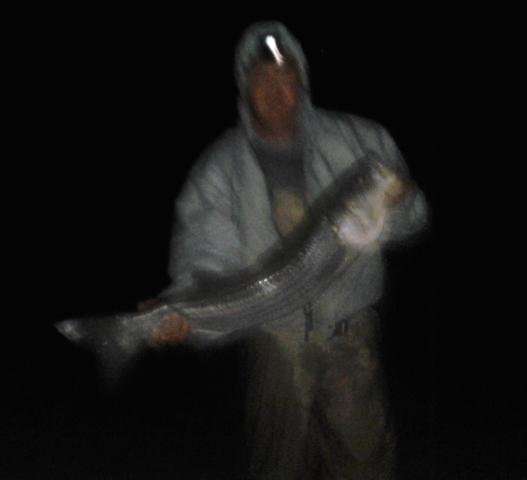 It has been a good week of fishing and it continued into the weekend. If you are lucky enough to be here at the right time you are genuinely rewarded with one or two schoolies and sometimes many more. The hottest times this week were definitely the early morning top of the tide. We weighed in a 10-12 Thursday that was caught by Kevin McQuaid from Chesterfield,MA. He was using a crippled herring and landed six other fish also. Late afternoon on Friday, there was a quick blitz along the oceanfront around PL #3 in the refuge.  We  had Dale Hogan from Newmarket, NH in with a 12 pounder that he caught using a topwater lure and Matt Weeks from Seabrook, NH with a 10 pounder that he also got using topwater lures. 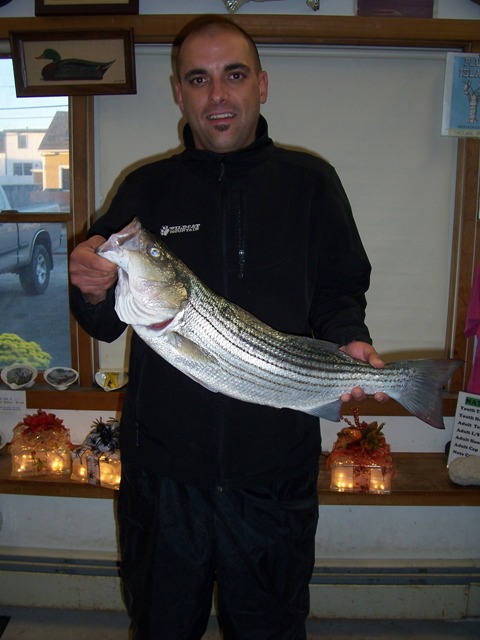 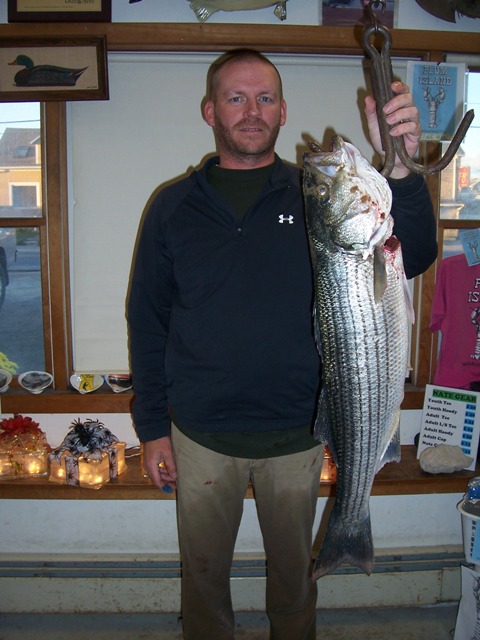 Local fisherman Larry was in this morning to give us a report. He was down both mornings this weekend for the top of the incoming tide. Larry went to parking lot 6 on the PRWR and got into a blitz Saturday but only managed 1 small fish on a metal lure. But he said there was a lot of bird action especially with the Gannets putting on a good show. Today Larry got into bigger fish using top water lures.  Also this morning, the author was woken up at 6:30 this morning with a text containing a picture of Ed Kelly’s fish that they caught in matter of minutes of arriving on the refuge to fish with worms. It is a bit grainy, but you can make out his 36 inch striper he caught.  Ed, Tommy, and Andy Kelly caught many schoolies, 3 keepers and Tommy lost a nice fish right in the wash that he caught using a yellow popper before heading home to dry out. 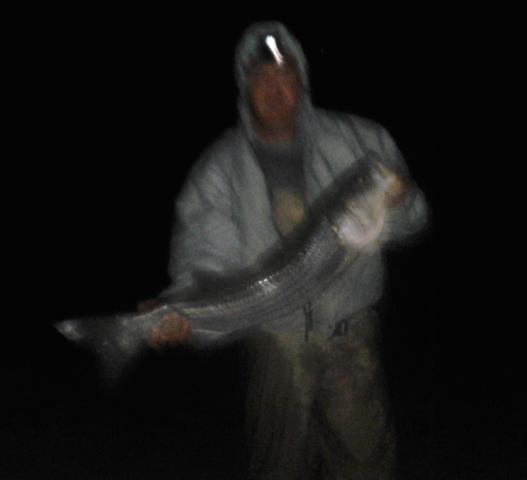