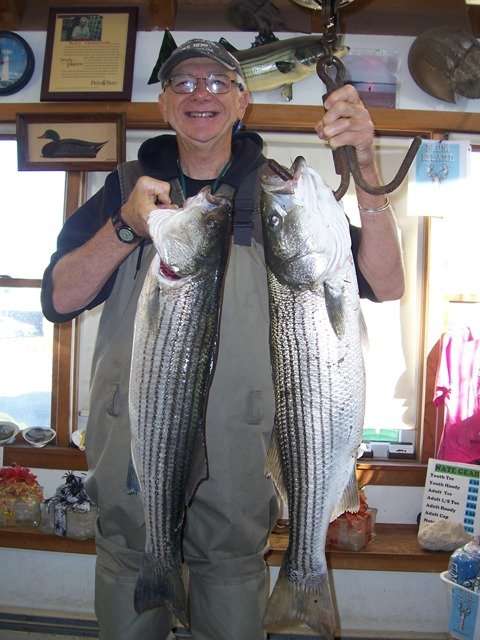 John Liss of Plum Island was just in with two fish that he got this mornig fishing the southern end of  the PRWR. John was going to head north this mornig to the Seabrook & Hampton areas but , hmmmm, overslept and decided to take a trip to the spot Kay suggested. Well he got there he said about 6am and fished daybreak through the bottom of the low tide and the turn. He was using a lure suggested by us that has been a hot one this year, the Mica Dean Sandeel. I am sure most of you know it. Anyways, John says he got a hit his first cast but didnt hook into it. He found a nice pod of fish where they all seemed to be over 30″. His two fish that he kept for dinner were 31″ & 34″ and weighed in at 11-6 & 13-12 pounds. He said the fish weren’t showing but there were birds working the top and that gannets were also diving in.  Yes I am sure you all know the spot we are talking about. Start at lot 6 or 7 and walk north. It has proven well this October! And, John says he was alone on the beach this morning……….come on guys, season isn’t over. 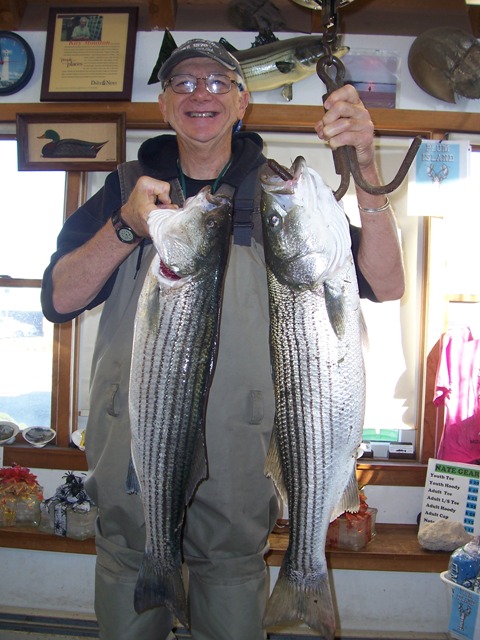