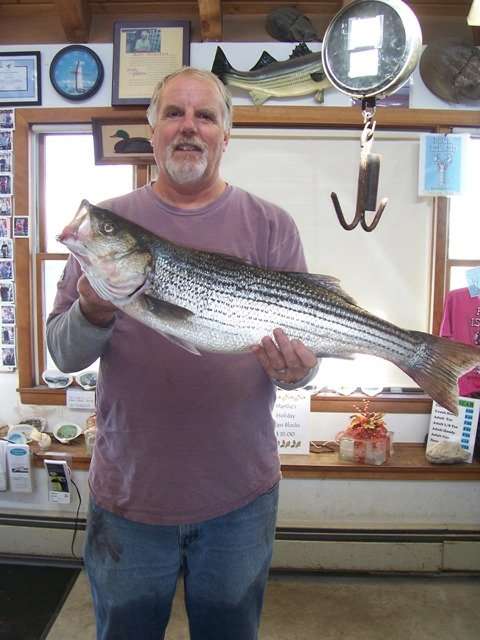 Later in the morning we had Warren Perry from Pepperell Ma  came into the shop to weigh in his 9-12 pounder that he caught at lot 3 on the PRWR. Warren caught 8-10 other fish while using worms. He got most of his action right in the middle of the tide at about 10:30 am………go figure. High was at 1:10 yesterday so it was during the incoming tide. Worms were Warren’s bait of choice. 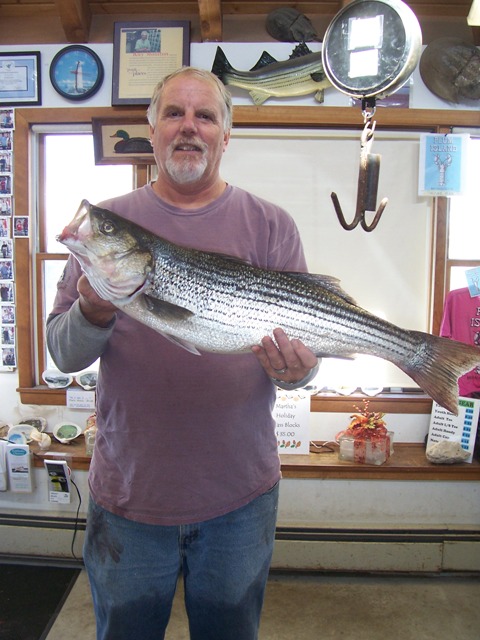 ****Small Note: We have had a few calls about the Mica Dean Needlefish. Mica Dean is a custom Woodworker who makes a few plugs on the side. We carry many of the cutom lure makers including NTA Custom, RM Smith, Guppy Lures, and Garly Soldati’s Big Water Lures to name a few. NTA Custom is another popular choice for needlefish lures if you are looking for custom wood. More mass marketed needlefish that we sell a lot of is Supre Strike, Gibbs, and we were lucky to get a hold of a few of Tony Stetzko’s needlefish before the Plum Island Surfcasters monthly meeting where Tony did a fabluous presentation which included working a needlfish lure. He uses his needlefish duringthe day almost like a popper skipping and working it on top of the water and at night working it below the surface.  So, sometimes it really doesn’t matter the name of the lure, it is how you learn to work the lure!

****Also heard of a lot of big fish (20-3- lbs) being taken from Plum Island, Cranes and Glouscester over the night using lures on the top(hmmm needlefish and poppers???)   The fall run is here! Also just had anoter fisheran back from Lot 6 on the PRWR saying there are a lot of guys down there fishing and hooking up!