Going to start this report with a big “HELLO” to all the fishermen that arrived this weekend to resume fishing the reserve. We have had a pretty good weekend and I’ll share some info and pictures now:

Joe Carroll from Chelsea started us off Friday morning with this 8-15 pounder that he caught on worms at lot #3 on the PRWR.  This was Joe’s first keeper of the year.  It is also “good eats”! 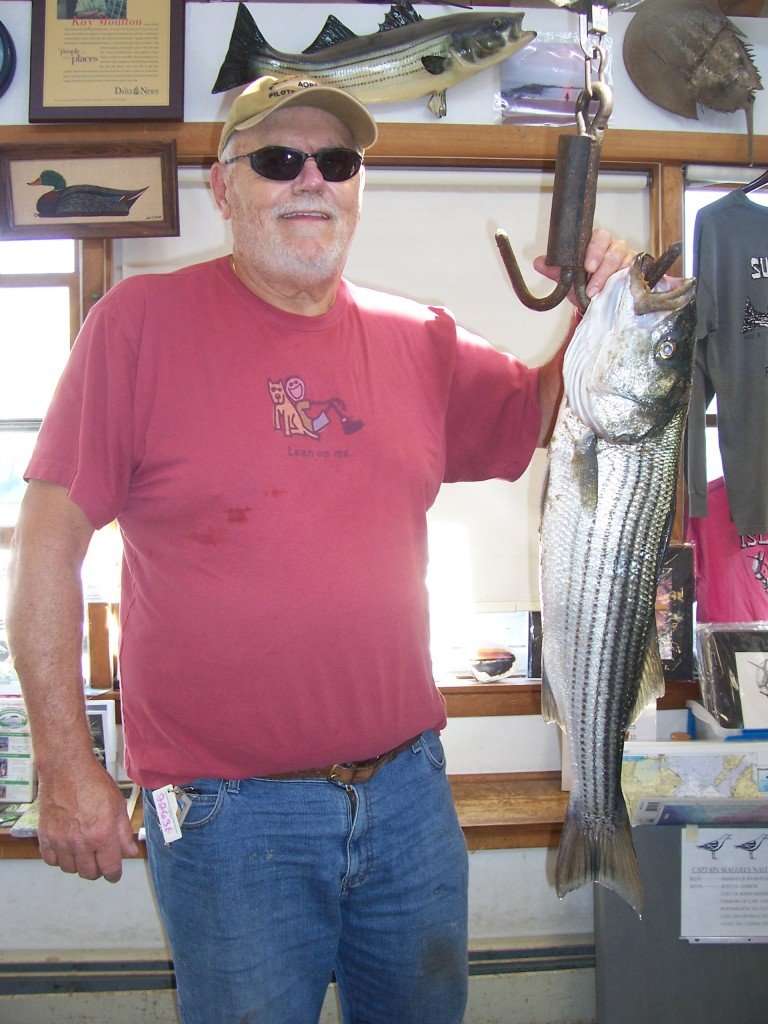 Peter C. and his wife were one of the first back onto the PRWR  for some night fishing and he sent me these photos and report on Saturday am:

Fishing last night with my wife. She nailed this 38 in.(20 lbs) I caught the little one in the picture. It was her first keeper this year and is the largest one she ever caught. She did let me hold it for picture 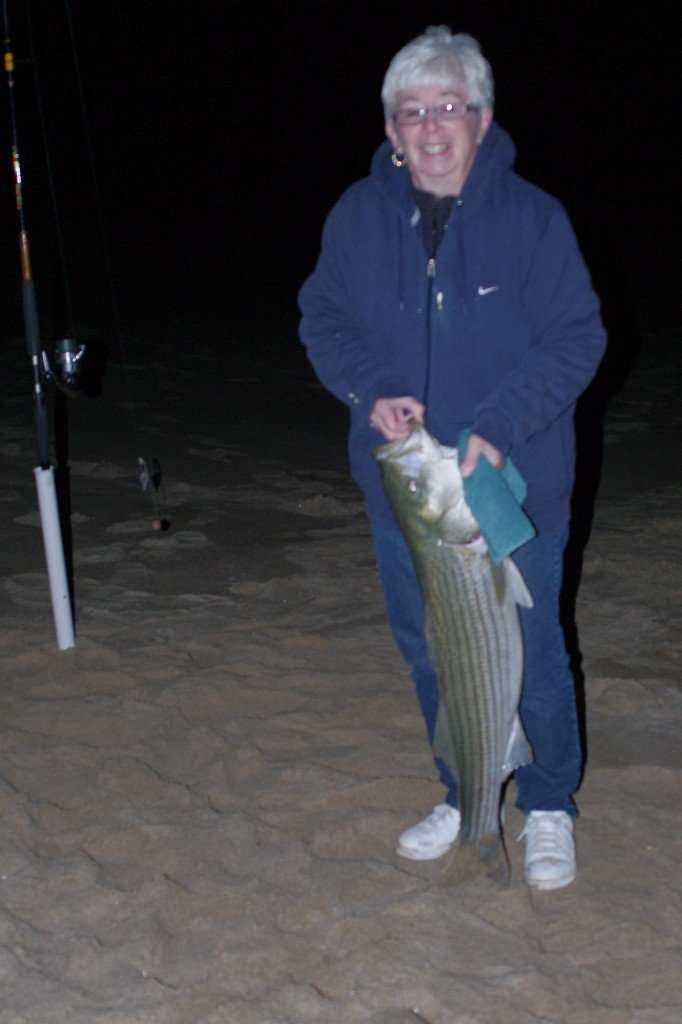 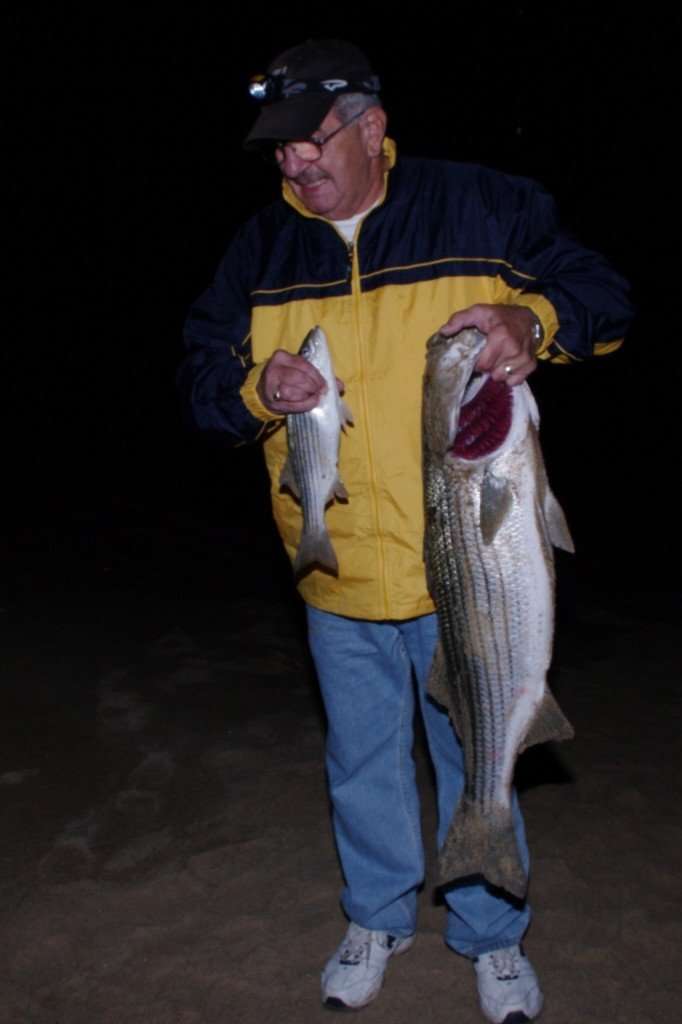 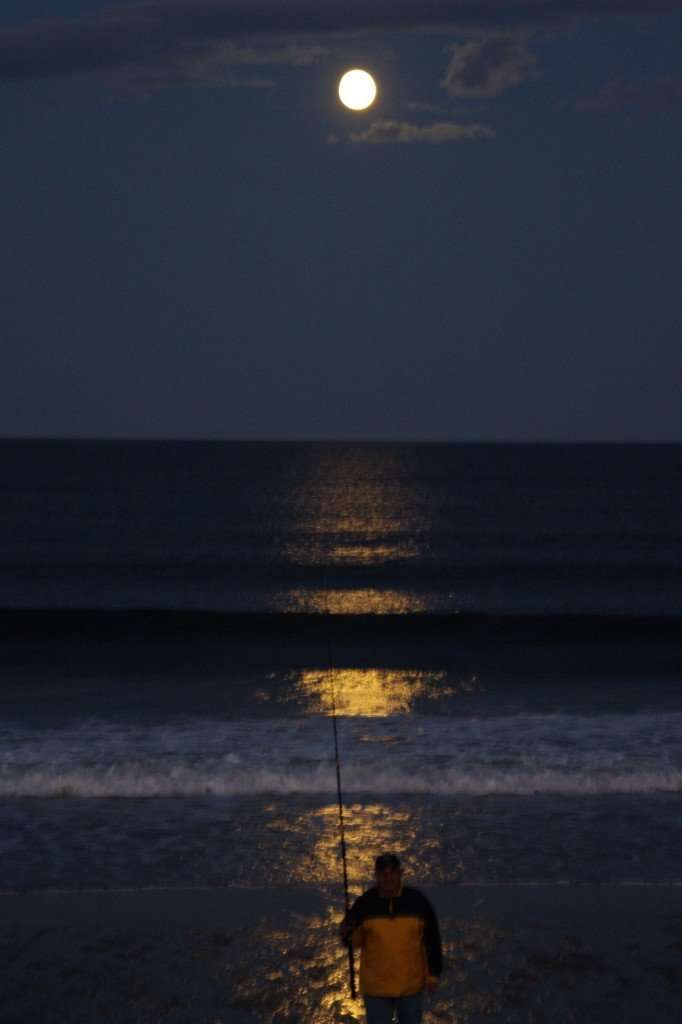 Then on Saturday………the Kelly’s arrived. Ed and Tommy headed to the southern end where they caught a lot of small fish on worms. Then Saturday night Ed and his two sons, Tommy and Andy headed south to the end of the island to fish. They did well with eels and sent me these pictures and when I asked for some detail of the catch this is the smart ass answer I got:

Tommy had a fish on that night using an eel, but lost it.  Ed caught a keeper a few minutes later.  When he had it on the beach, he notice that the fish’s stomach was moving.  Ed gutted his fish and it had Tommy’s live eel in its belly.  Tommy threw it back on the hook and continued fishing! 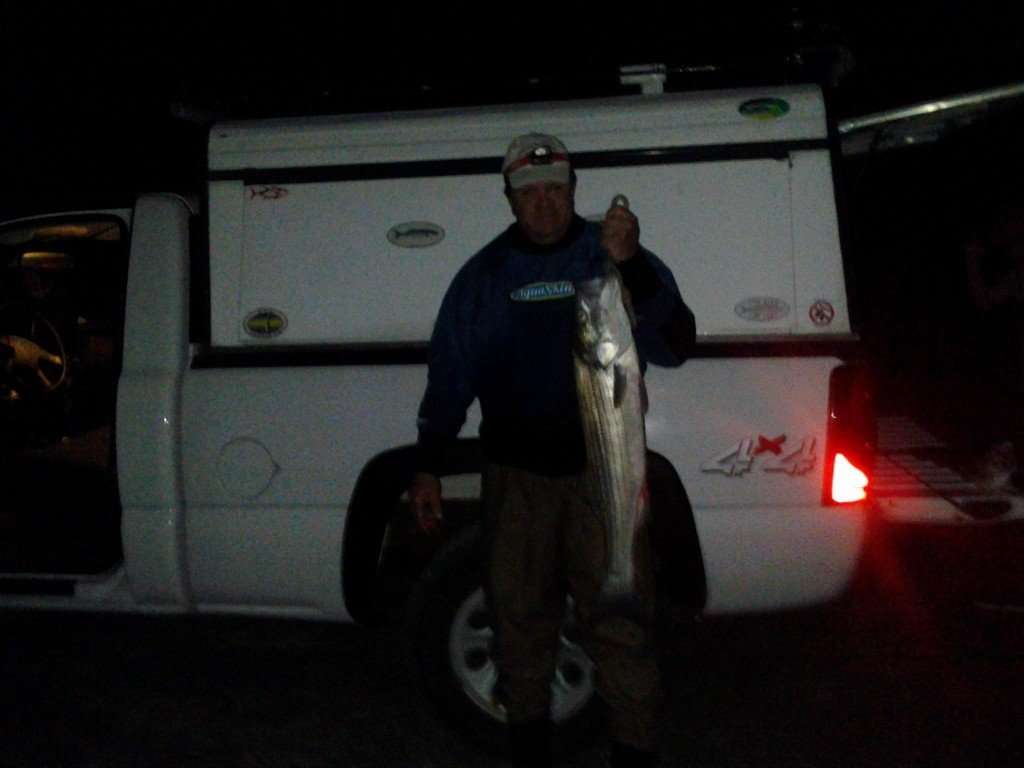 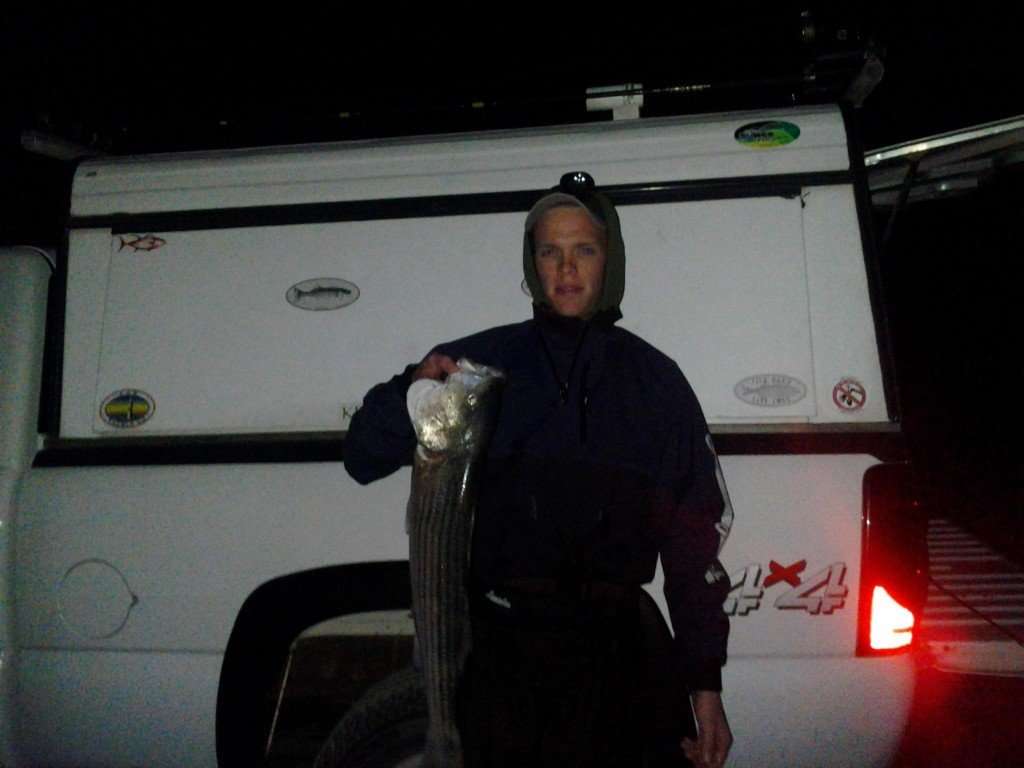 Saturday “Skate Slayer” came in and headed onto the refuge to do some fishing. Guess what he caught?!!!  Today we had a lot of the “buggie” guys leaving the beach and they stopped in to give us a report. Terry & Dave reported catching small fish on worms. (Hey Paula- hope you like your new sweatshirt!!! thanks!) My Dog Pete is going home with two nice fish that he caught on worms. He is also going home with a nice story about the big one that got away! Steve Moore also has one for the dinner table that he caught on worms toady.

We also heard from a boater that came in. They fished the morning tide and caught Mackerel and Shad using metal. They did not get any stripers though.

Local Fisherman Peter Werner tried his luck fly fishing wading out on Joppa Flats sometime during this week.  He reported that he caught a lot of small schoolies.

***REMEMBER~ The gate to the PRWR closes at 5:45 for now. Kay called and asked if it could be kept open a bit later for you guys. They said 6:00, but when some of the guys got there is was shut. ARGH!!! We just want to give you guys a heads up and to tell you to get here as early as possible……….leave nothing to chance!