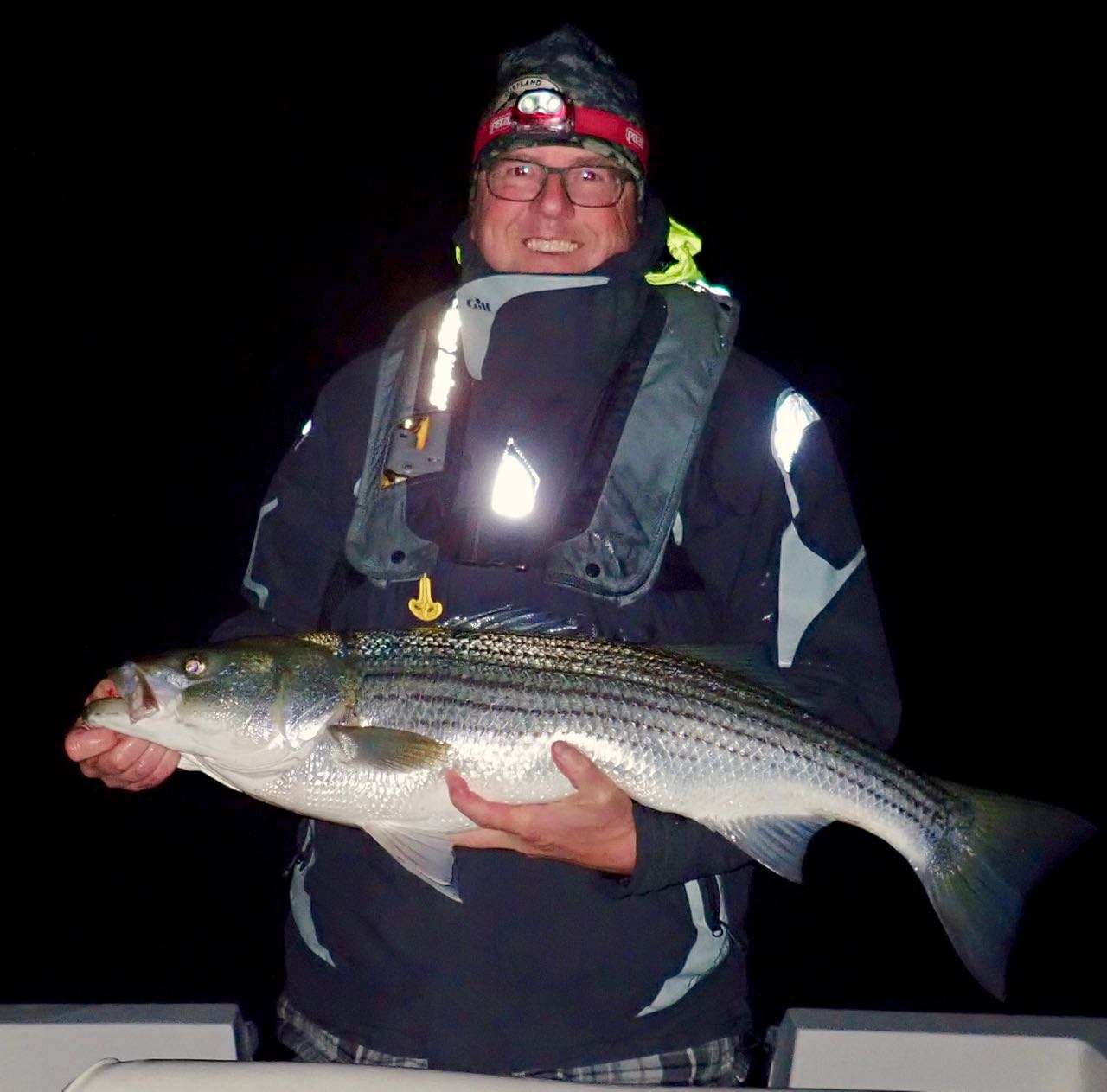 Fishing is good amongst me and my buddies. The most interesting news is that there are still tons of schoolies up in the river channel off Joppa Flats. In October? In the river? I have no idea what that means, but I can’t remember that situation since I moved here in 2000.

So, yeah, you can get schoolies in the river, or down by the Captain’s Fishing Parties dock on the north end of the island, or off Sandy Point on the southern tip, and they seem to be popping up and down the entire beachfront too.

Maybe these little rascals have something to do with it. I watched a mess of schoolie bass pushing these Peanut Bunker (juvenile menhaden) up onto the beach Tuesday morning. Could be that the bunker are just coming down the river, some still in there, some coming out the mouth. 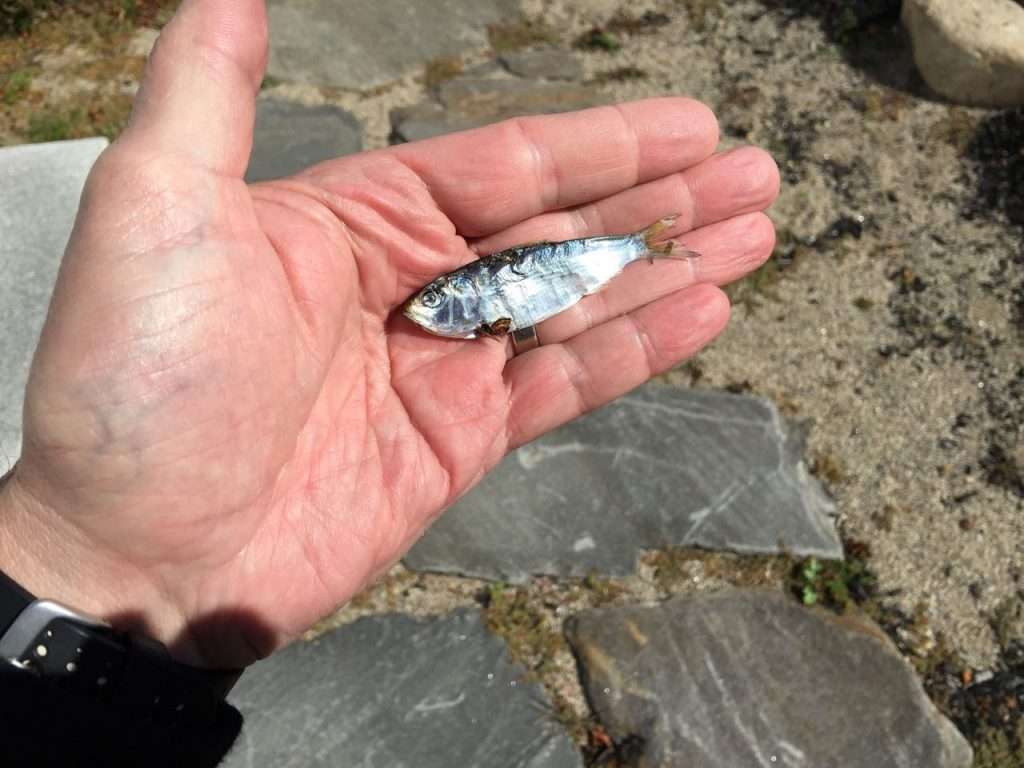 Tuesday at daybreak was spectacular for sea life off 55th street. There were stripers in the 6″ wash right at my feet, 30 yards out there were birds working small blitzes of fish. 400 yards out you could see Gannets dive-bombing bait (likely mackerel). And in 40 minutes on the beach my friend and I saw roughly 10 Sturgeon launching clear out of the water. Of course all this was happening while I was walking my dog instead of casting poppers.

My pal Dave hit an extended blitz of big bass Thursday morning around 10am off High Sandy. Quite a few fish in the 35″ range were taking big wood plugs, and the schoolies liked small white sluggos. Friday the same area was barren. So you gotta work as much beach as you can walk or motor. Then again, he did see a feeding humpback whale and a big mola-mola.

My best fish this week were taken at night with live eels. Sunday I sat on a school of big stripers. I landed 11 keepers on 8 eels. The top length was 40″, and the smallest was 30″. They were hanging out about mid way down the Parker River reserve, in 6′ of water, easily casted to from the sand, or in my case from a boat. They were hungry right up until full high tide. Then the bite stopped, and I took my freezing-assed self home. 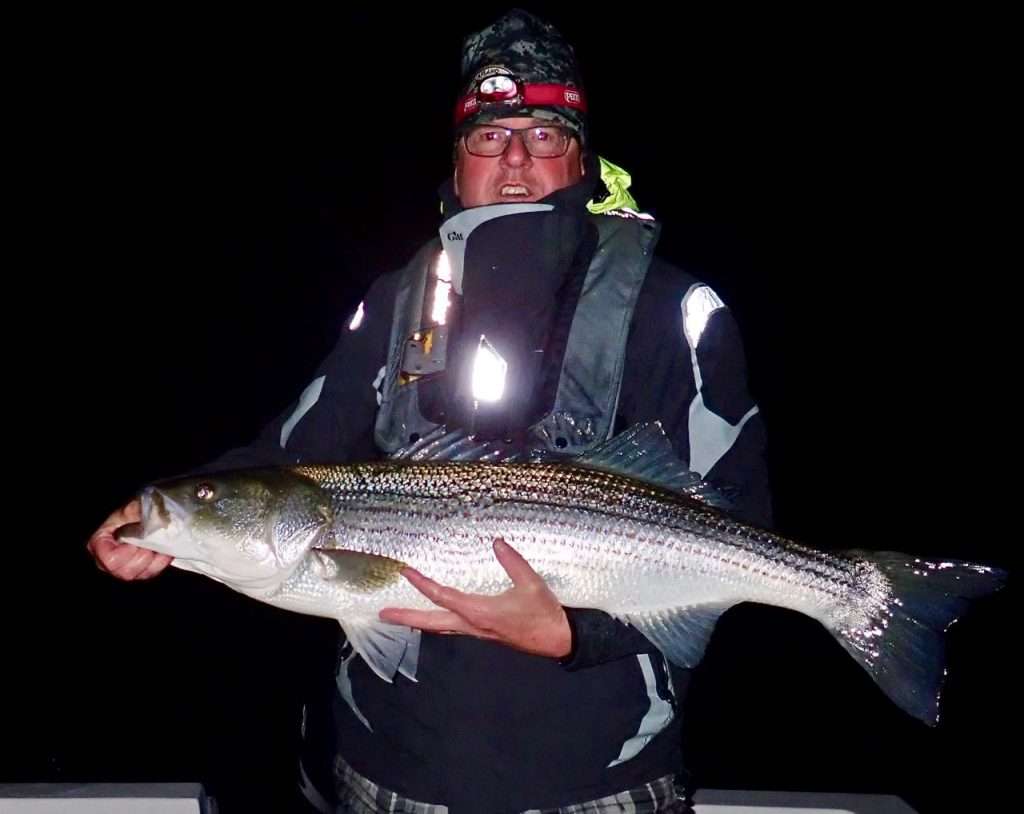 Wednesday night was quite a bit warmer, but the large fish were replaced by smaller ones. I grabbed 3, missed as many, and ended up right inside Emerson Rocks. Those big rocks scare the bejesus out of me at night. 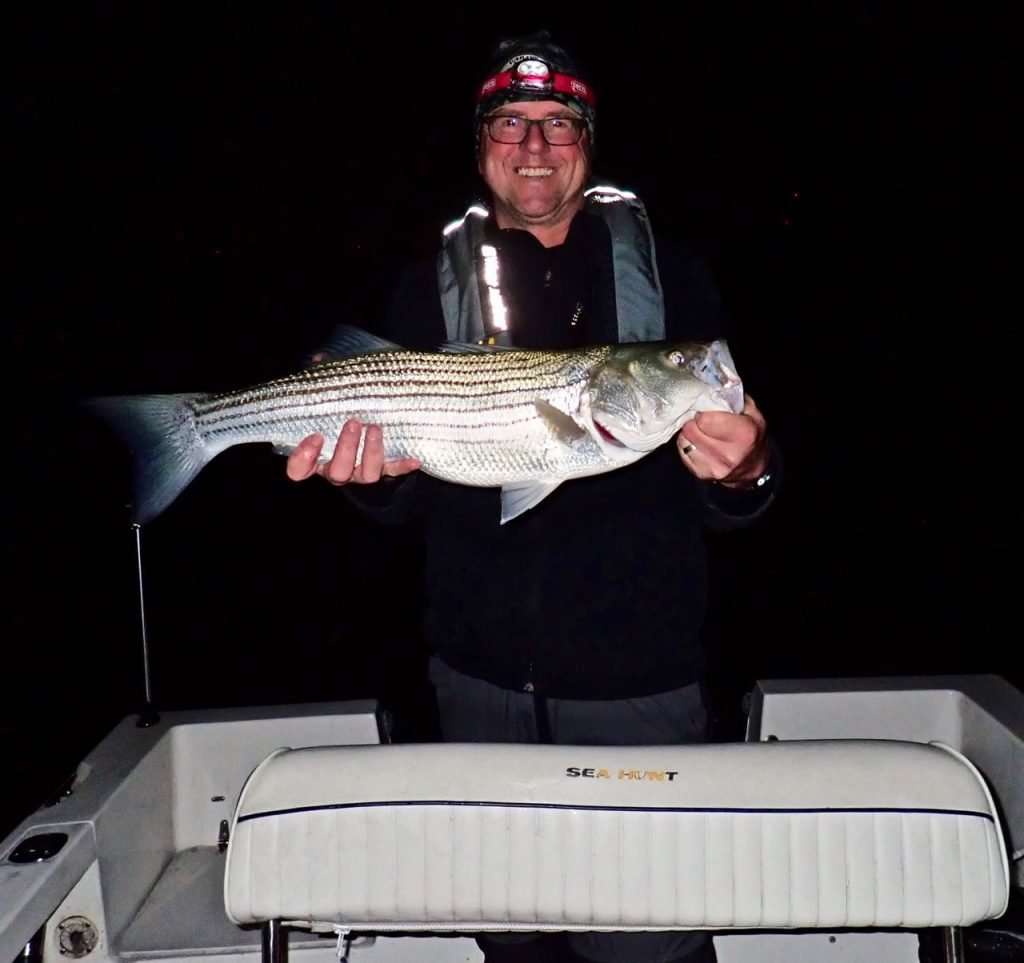