October 13, Rewards for the persistent

13 Oct October 13, Rewards for the persistent

From 7 to 10 am there was a blitz between markers 1.2 and 1.8. large bass chasing adult menhaden 12-14” and tinker mackerel. One fisherman live-lining a bunker hooked into a fish that broke 50lb braid. A 26lb fish was landed and numerous 30-36” fish were taking.

Not much action today thought the gannets were diving like crazy out front and around the sandbar just a little while ago. Couldn’t see anything busting water though.

Haden was home this weekend. Was up early today and out and about the island and caught nothing. Tommy Hogan is around, but I haven’t heard much from him. Think he caught a 28” this morning, but don’t remember, so don’t quote me. Officer James Cowig is also out this afternoon. Maybe he will have a good report!!

Another guy was in this afternoon and reported tuna about a mile right off the beach, but couldn’t get them to bite.

Although lots of locals are bemoaning the lack of fish around this Fall, there still are a few to be found, and if you’re skilled enough, big ones too. Here are a couple from this past week we weighed in at the shop: 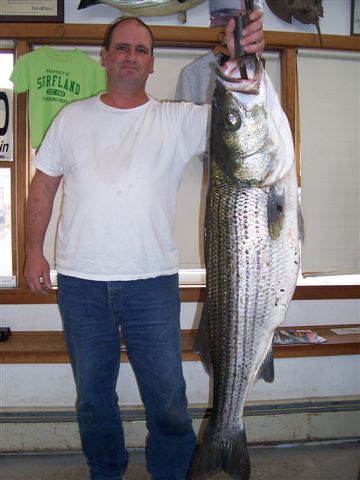 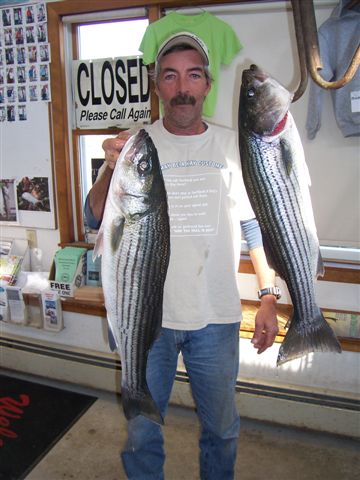 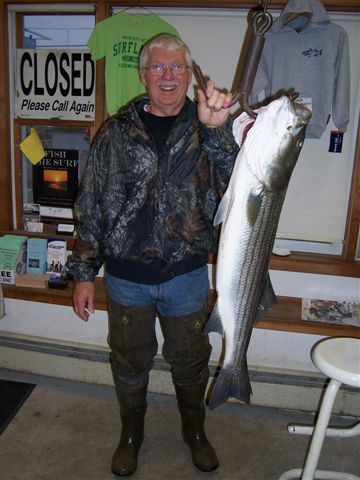