October 16 – They’re still around, get out there! 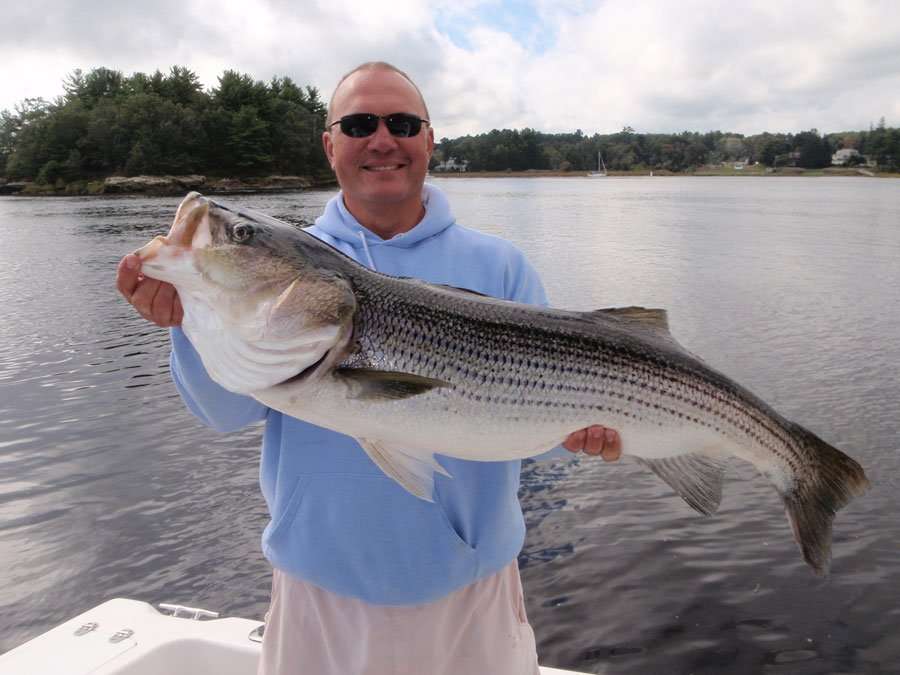 John Solomon writes yesterday, “Hey Stickman, I don’t know if you’re still posting, but I caught this fish this morning in the river.  44″  31.5 lbs. My last fish of the year and also the biggest! – Good luck, John” 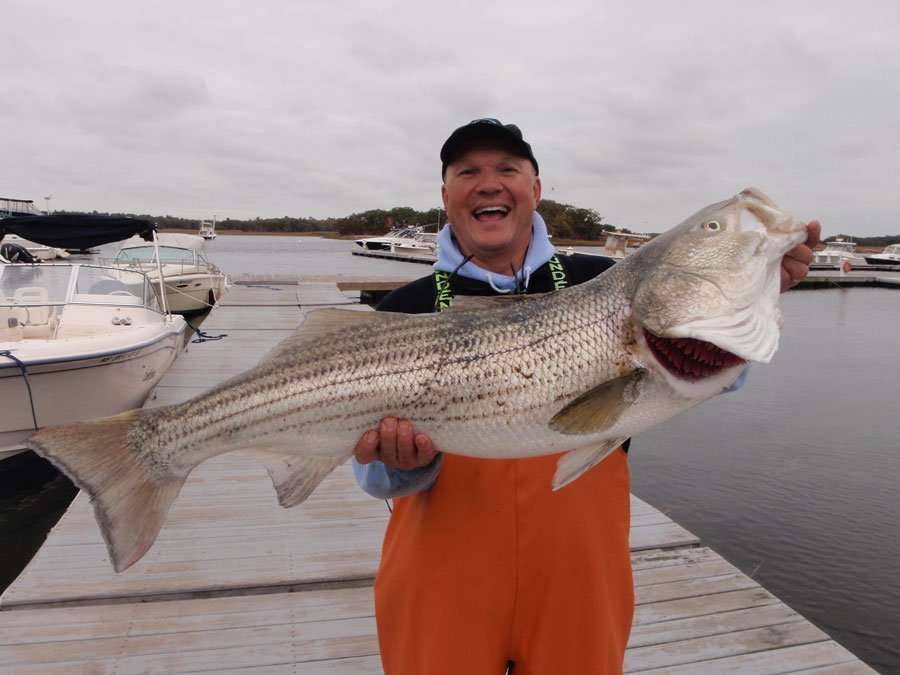 John also had a fish last month that I forgot to post, and it was also a beauty. From September 21, John sent this note: “After catching a 37” fish on Wednesday, I fished this morning with my deck-ape Ralph aboard my boat the ReJoyce.  We caught a handful of fish early in the river, then hauled our lobster traps.  It was windy and cloudy outside the river, so we decided to make our way back inside.  The sun was shining and it was quite a bit warmer and more comfortable.  We caught and released another dozen fish and boated this 41″ monster!  All fish were caught on jigs and light tackle.

King of the C&R

Joe Brotz sent me this last month too. I gotta remember to put this stuff up.

“Here’s a mammoth bass that took  a live eel on the night of 9/11/2013.. the fish was only 49” long but was as big around as  a 5 gallon bucket…it bottomed out my brass 50lb scale before her tail left the deck… I wish I had had my 100lb digital but it was out being repaired (again)… because I fish alone, I keep the camera on the dash board so I can set to automatic with a press of a button.. I couldn’t lift the fish high enough to clear the leaning post so I had to “clean and jerk” it onto my shoulder just in time to get the picture as the counter set the flash…. The fish went from my shoulder back into the water…  where she swam off to  maybe someday make another anglers season…  Hope you’re getting time on the water.. the seasons short and the fishing hot…” 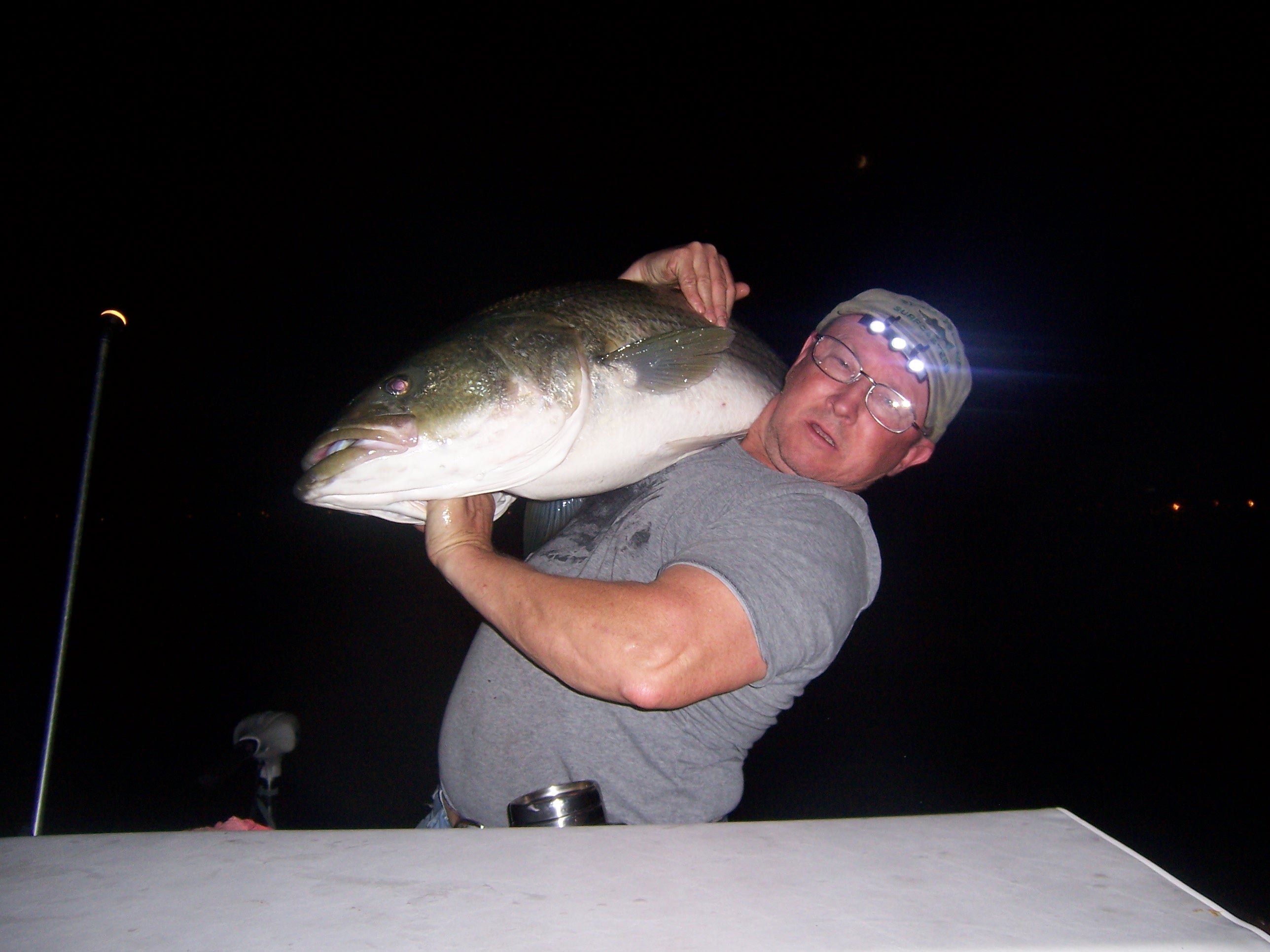