Sam Powers wrote us this nice story about fishing this weekend:
.
My name is Sam and I caught my first keeper sized stiper ever today on Sunday October 16th about 9:30am in the refuge. We didnt have a scale but it was 40 inches. My dad and I decided to go and fish the start of the incoming tide this morning. After two and a half hours we decided, with not even a nibble it was time to go, and right before we took in the rods, a rod went down. My dad reeled in a 29 inch striper. Then we stayed for another half of an hour and right before we left a rod looked like it was caught in a wave but all of a sudden the rod tip dove and I jumped on it. I’m not kidding, this fish literally pulled me to the water. After about five minutes… in comes a 40 inch striper… what a catch!
. 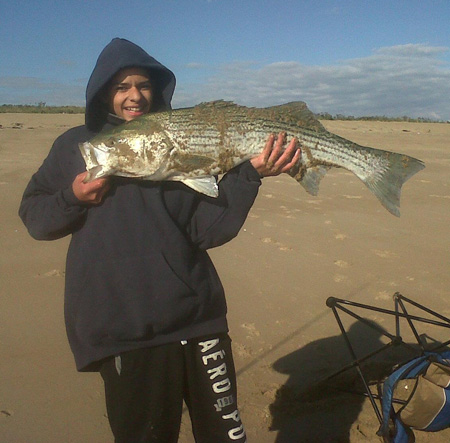 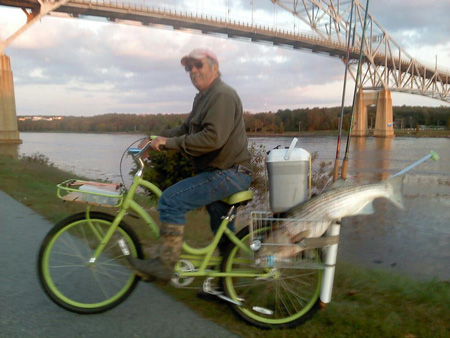