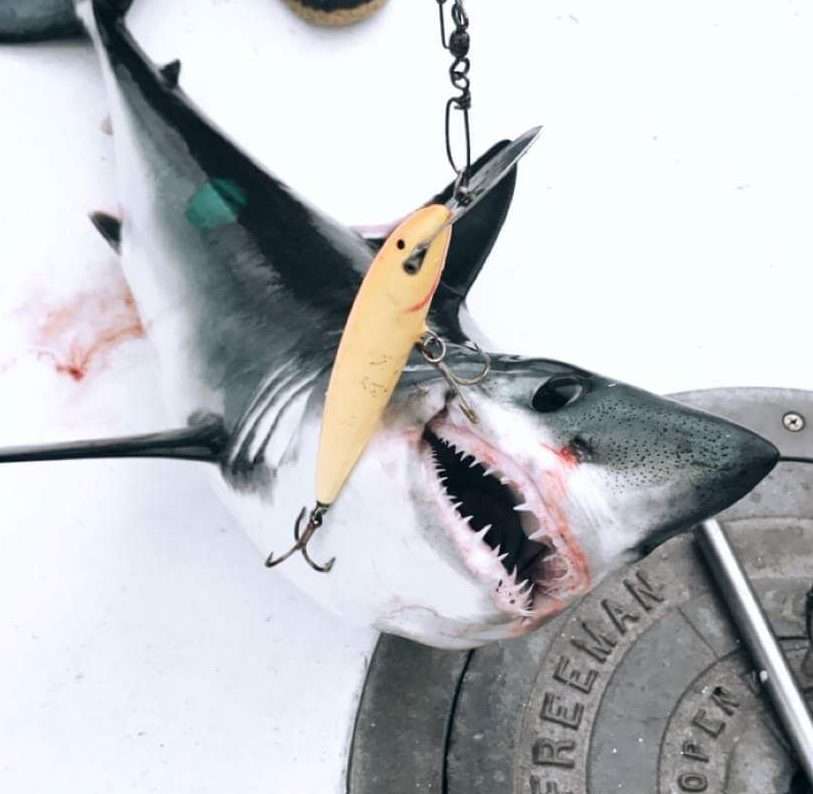 So the area is still infested with small schoolies. We have had many fishermen this weekend informing us of the 30 + fish they are catching. The inside of the rivers seem to be full of them along with the oceanfront. Just had a fisherman in and he did well at Sandy point right around the high tide mark. Yesterday morning we were also told by Clayton that he got into some keeper sized stripers around Emerson Rocks down near Sandy Point on the PRWR during the low tide. Granted for the most part is has been small fish, but if you have some light tackle or fly fishing equipment it can make for a fun day.

For the boaters it has been a little different kind of story. As you know from us sharing Summer Job Charters posts there is all sorts of wonderful creatures out there to catch. October seems like it has the warmest water temps so along with some currents pushing in the warmer water also comes some great sea life that we usually see in the fall. Have heard of Minkie whales, some juvenile humpbacks, a few different species of sharks, and one of my favorites to see, the Mola Mola. Hope you all get a chance to catch sight of something this month. But today we have a picture of a shark from Doug Currie. He was fishing out of his boat Friday and sent us these pictures and blurb through FB.

“Caught this guy right off of lot 1 PRWR on Friday! Tried a bunch of live mack’s and didn’t have any luck. Decided to troll about 300 yards off shore and hooked up with this (thinking its a Porbeagle or Mako). I’ve asked around and Mako seems to be the most common answer. Rapala trolling lure.” 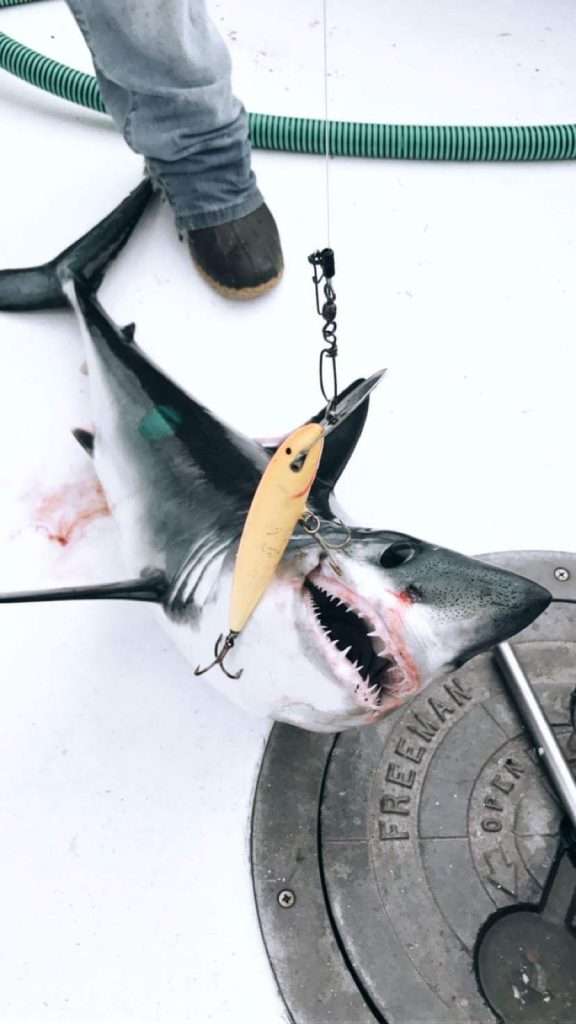 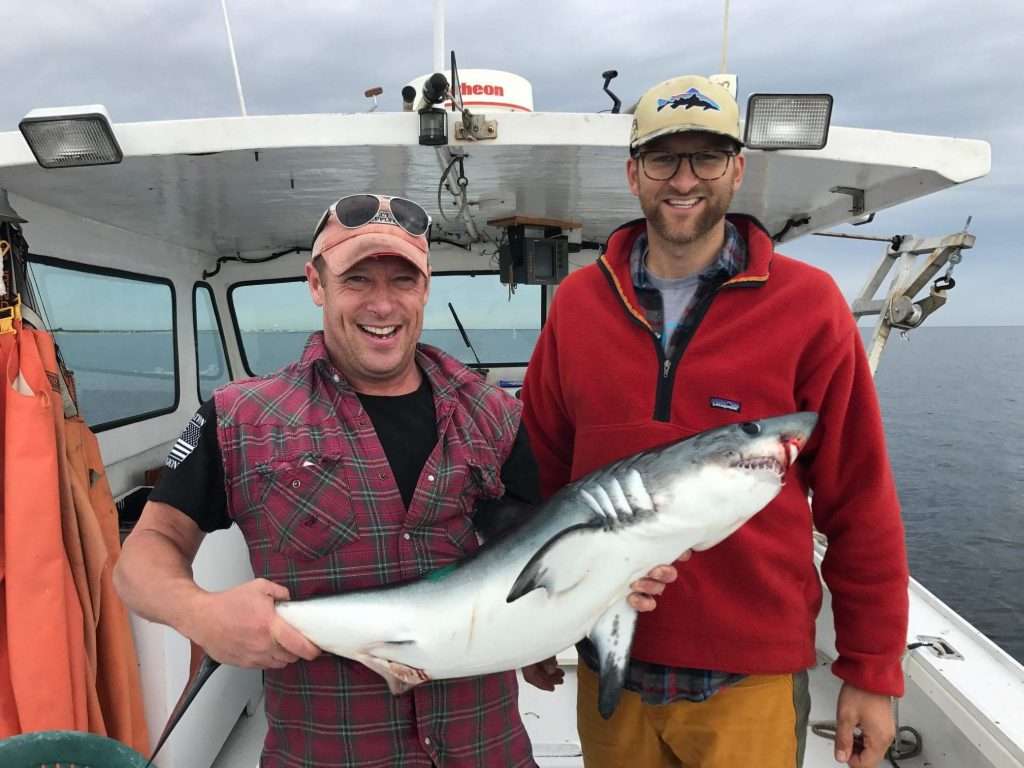