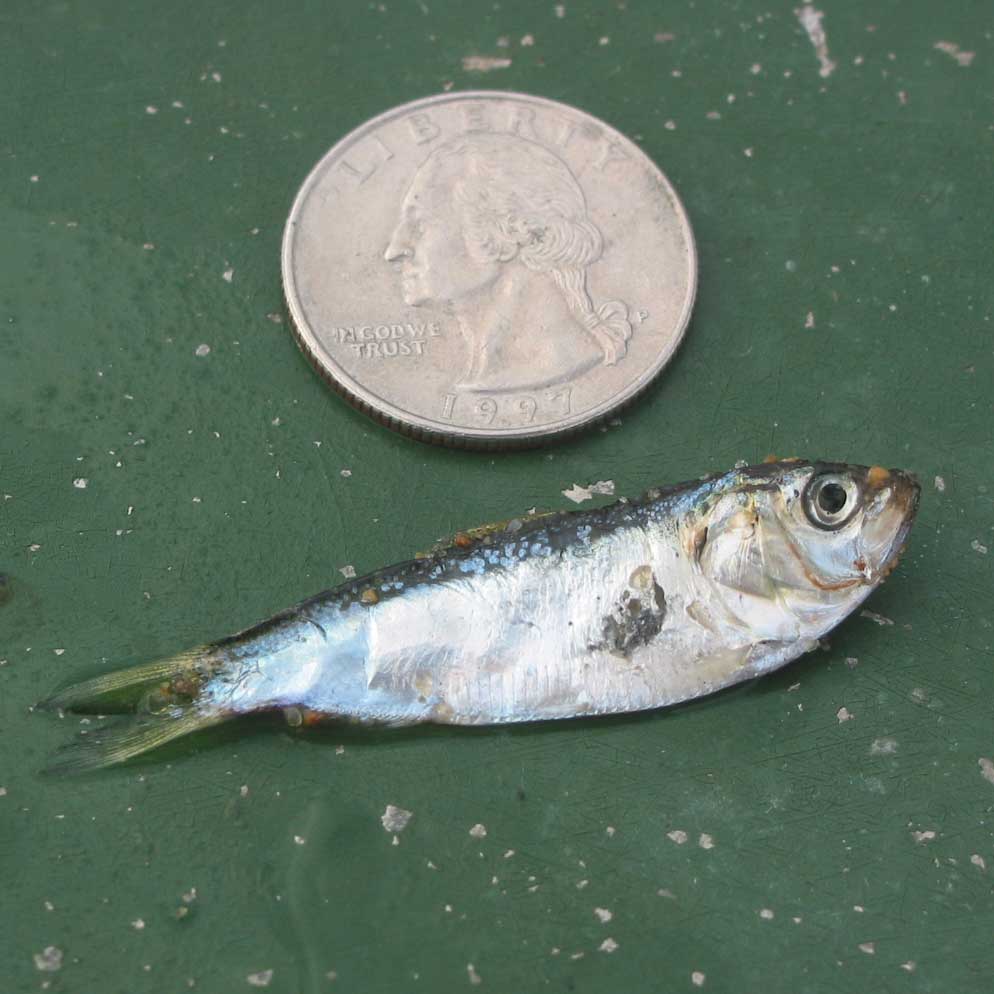 Ah, the yearly return of juvenile menhaden, better know locally as Peanut Bunker. There’s few more pleasing sights to me than those little raindrop shower sheets skipping over the surface. And we’ve had a few reports, even some videos, of the peanuts being chased by stripers right at the ocean edge.

From what I’ve heard, they are not in big numbers, or spread widely across the Plum Island beach yet, but Emerson Rocks and the PI Center sandbar seem to be holding some. And where they are, there are usually predators following. If you can’t identify the bunker on the water surface, you can usually find the seagulls freaking out and picking them off the beach, while making a racket.

In the Shop
Starting to get some more Shimano gear, some surf bags. Mike Parent took a new Spheros 4000 went kayak Albie fishing. He picked up a few. He uses a St. Croix Premiere rod with the Spheros.

On the bait size, we have fresh mackerel, and the purplish Stimpson Clams ready to go. 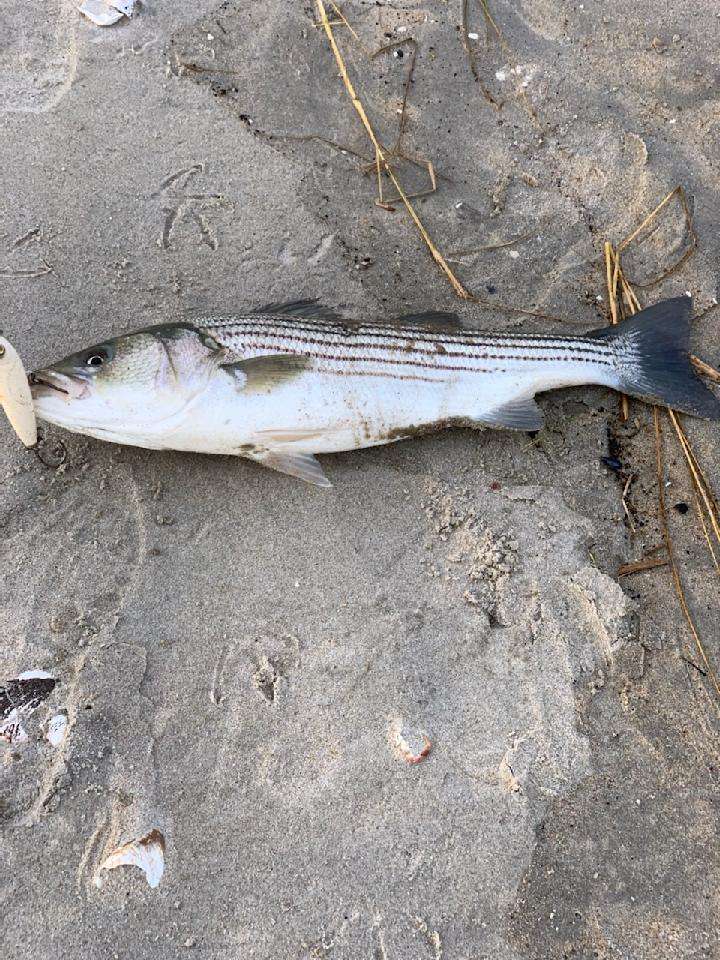 Mike grabbed 17 bass during his encounter with the peanut bunker blitzes. 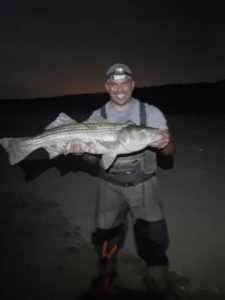 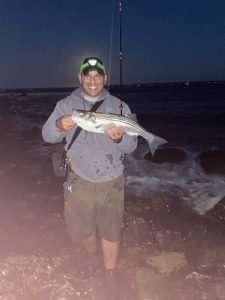 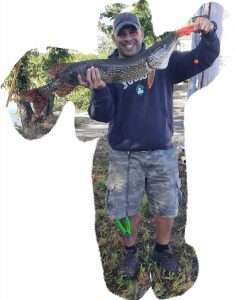 I have been grinding it out since May and finally caught some nice fish, caught several 26 inch fish and 2 slot size fish including this 34 inch shown in the picture, which were all safely released back into the water.

Next, I went fishing on the full moon, not quite as productive as I had hoped but landed a smaller fish. Also completely unrelated to striped bass fishing, after leaving plum island I headed down to the Merrimack River to target Northern Pike and caught 2 nice fish. 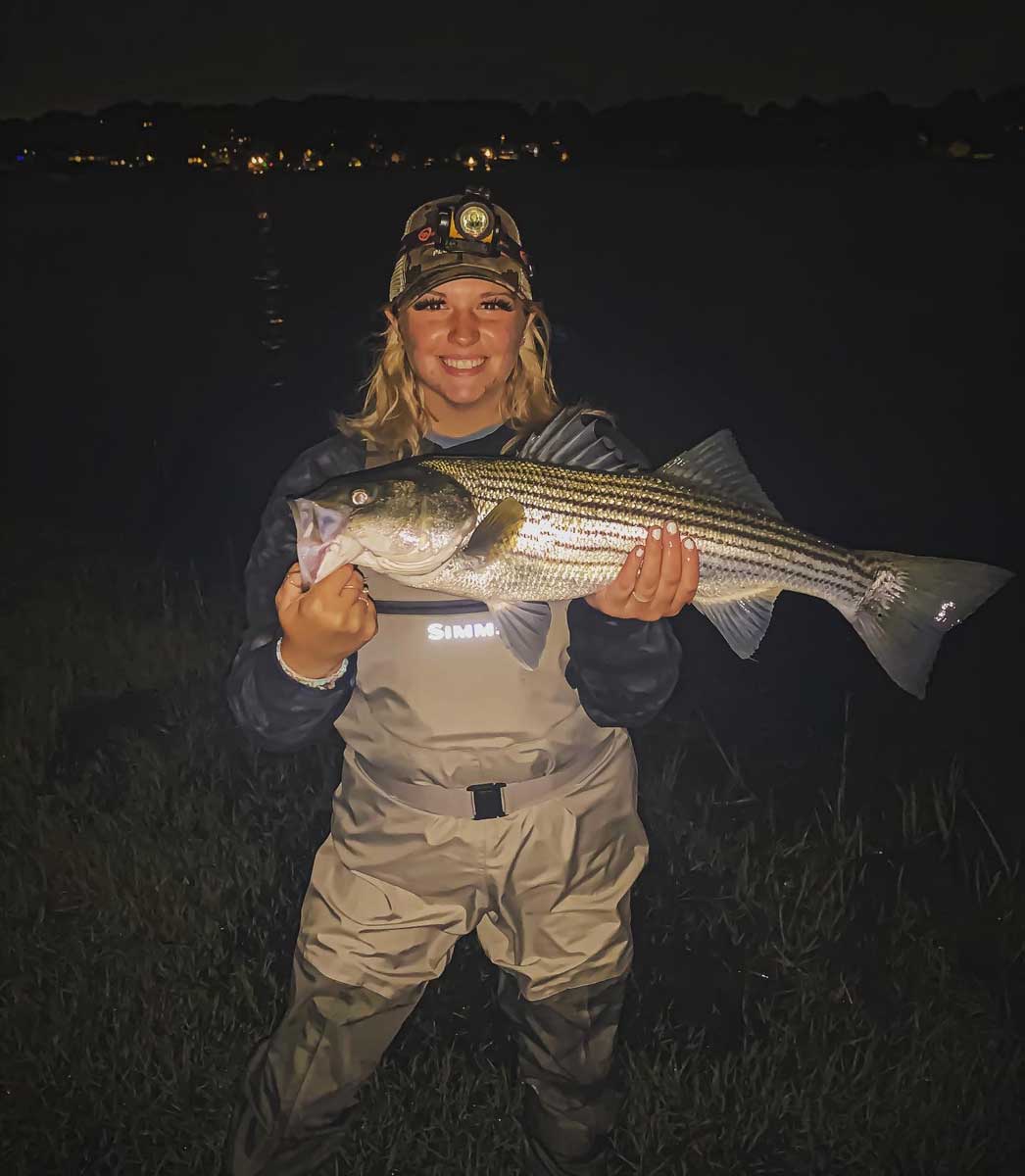 Late night fishing turned into keeper size bass 28in in Danvers river throwing clams from shore breaking in my new waders. Took a few hours but finally got my keeper for the year
(Beverly Mass) 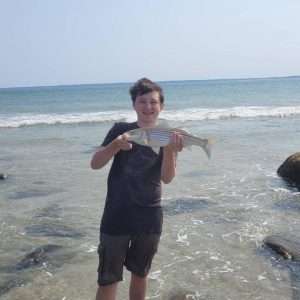 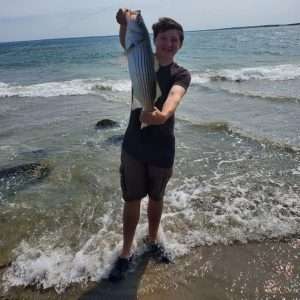 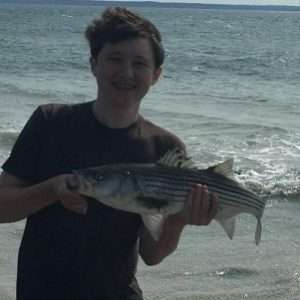 Thanks for the clams on Sunday. Stripers loved em!!