What a beautiful morning it is here on Plum Island. Went up to the beach to have a look at the dredging project that has started to the left of the center. Looks like they are now in front of Mad Martha’s Cafe. Found the birds!!! They are working the dredge. Hopefully, I can get some more pictures, closer to us later on, but for now I will post these: 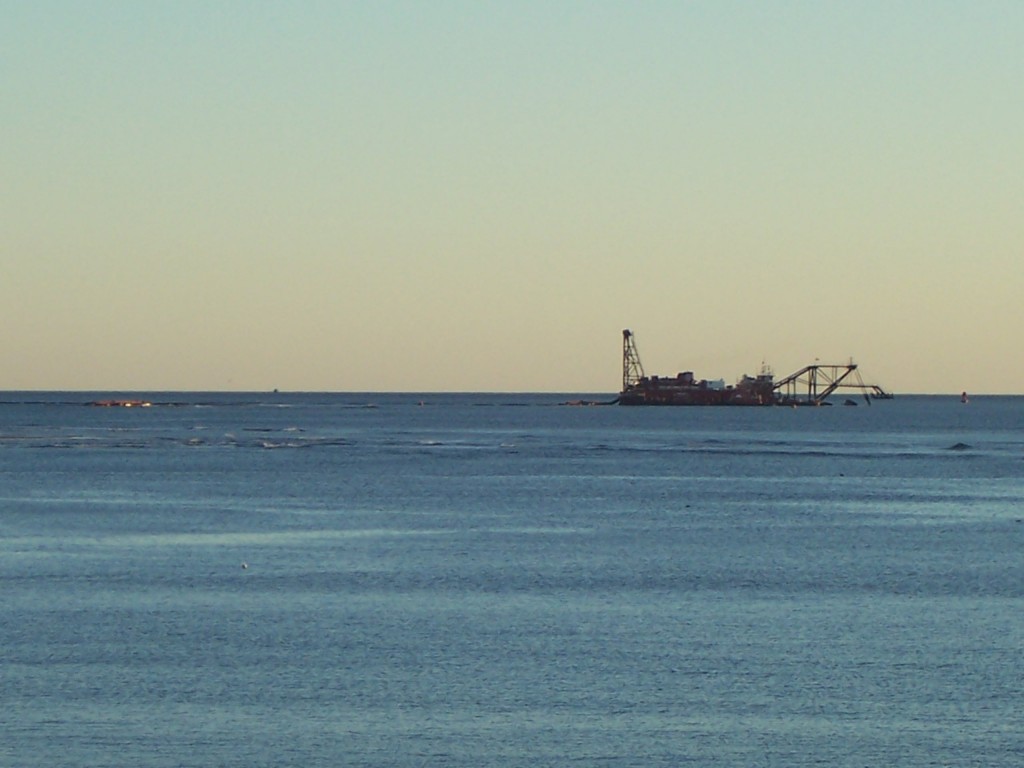 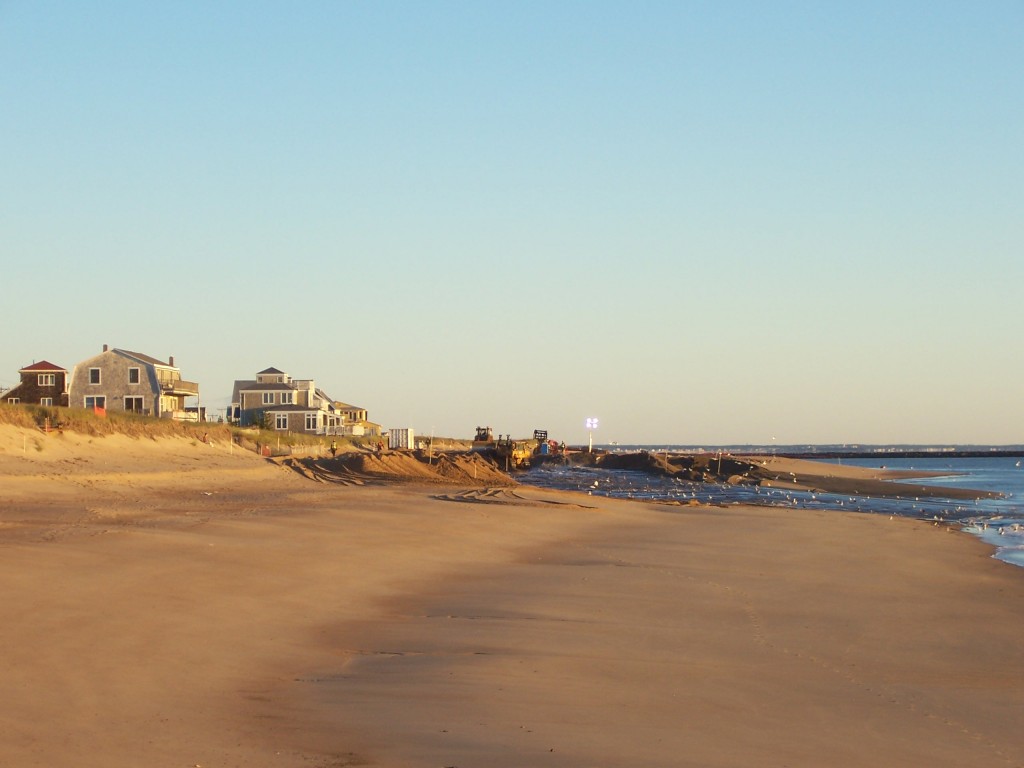 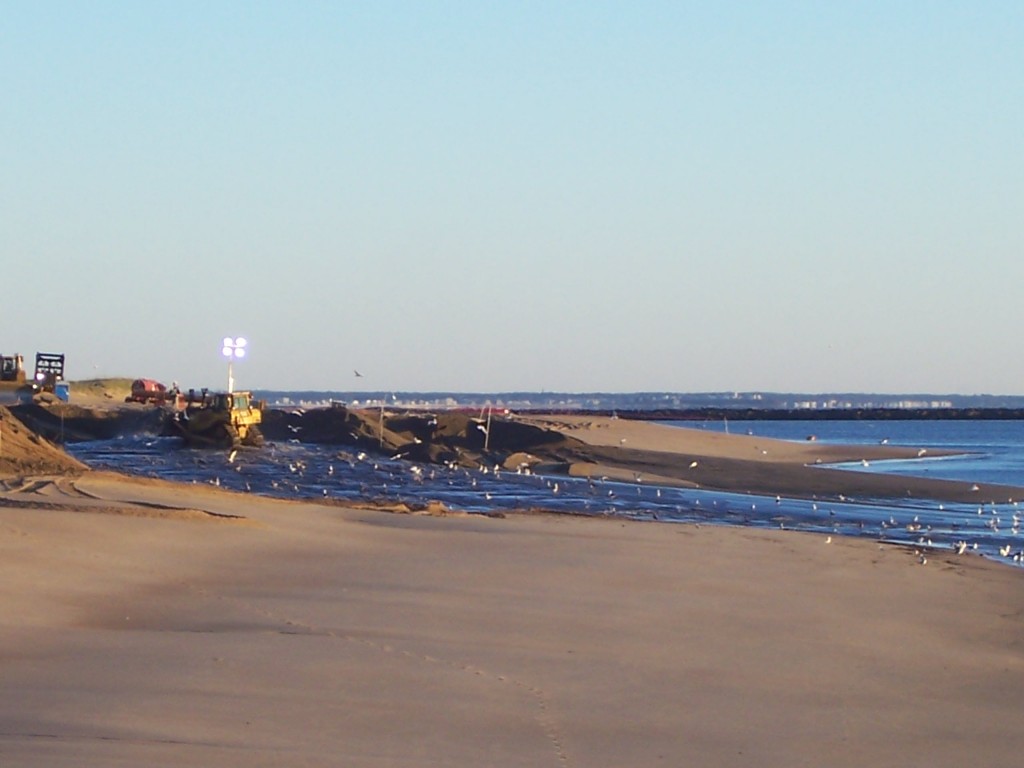 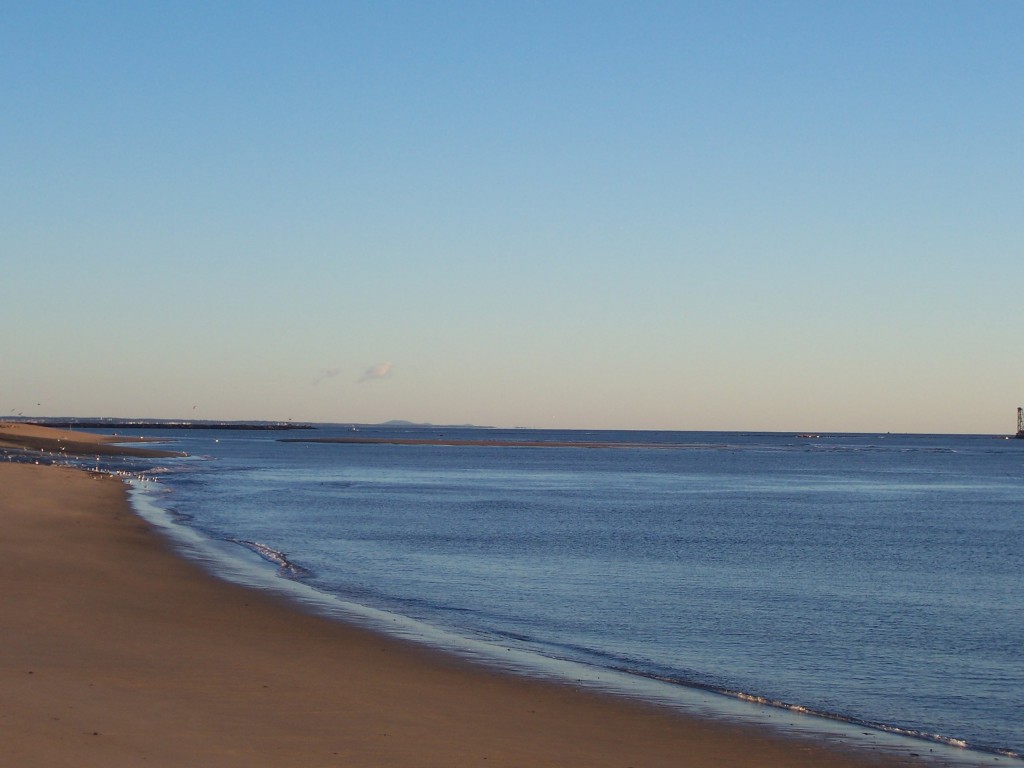 The next pictures are of the restaurant that used to be open at the beach center. They now have a huge bowl to fill in. The town was worried about this building falling in during the “raging storm” we just went through earlier this week. The sandbags were demolished and under what was left of deck had started to get washed out. 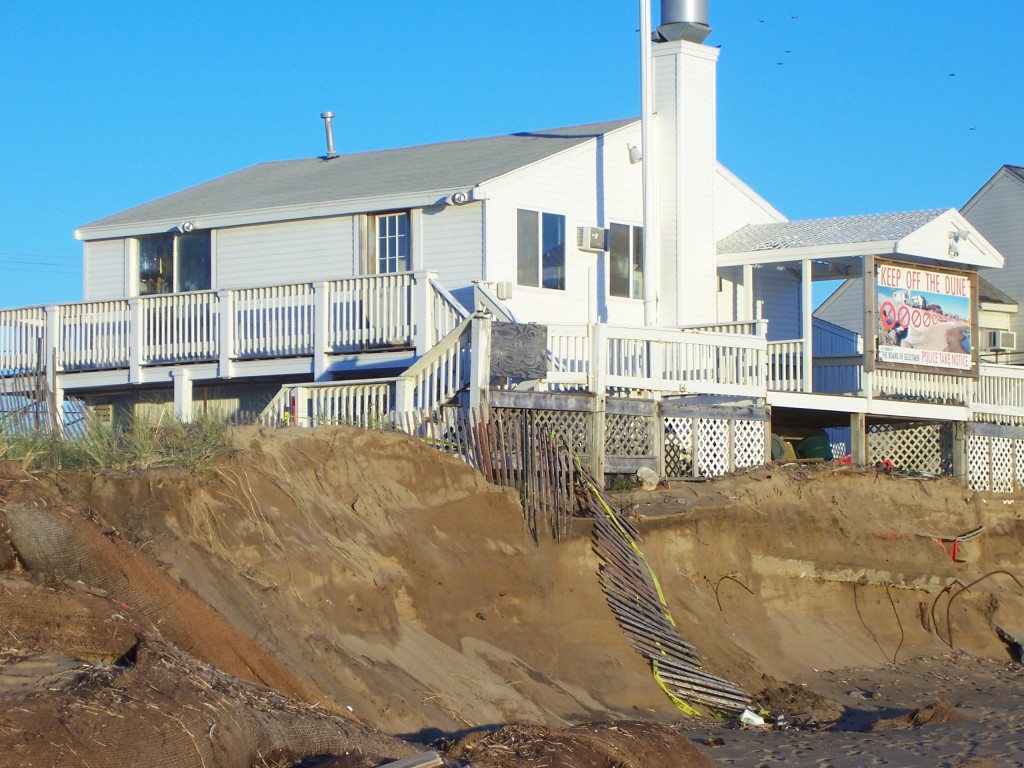 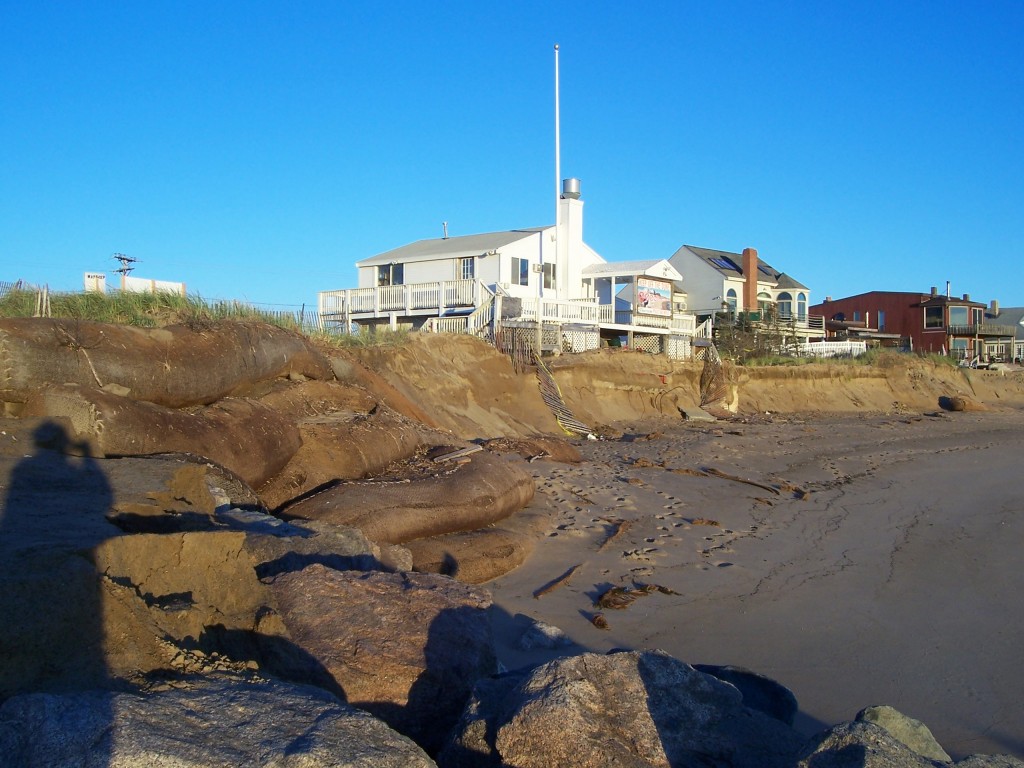 The shadow to the left in the picture is our very own Billy. He was enjoying a cup of coffee while watching the project.

A few of the “buggies” arrived last night, but I assume the majority will start pulling in soon. Yesterday we had reports of more of those “snapper” bluefish on the oceanfront  in the northern section of the refuge. This time there were a few mediums(5-7lbs.) mixed in.  On the southern end of the refuge Dana Johnson from Webster, MA caught a 17.14 pound striper on clams.