PRWR isn’t all that! 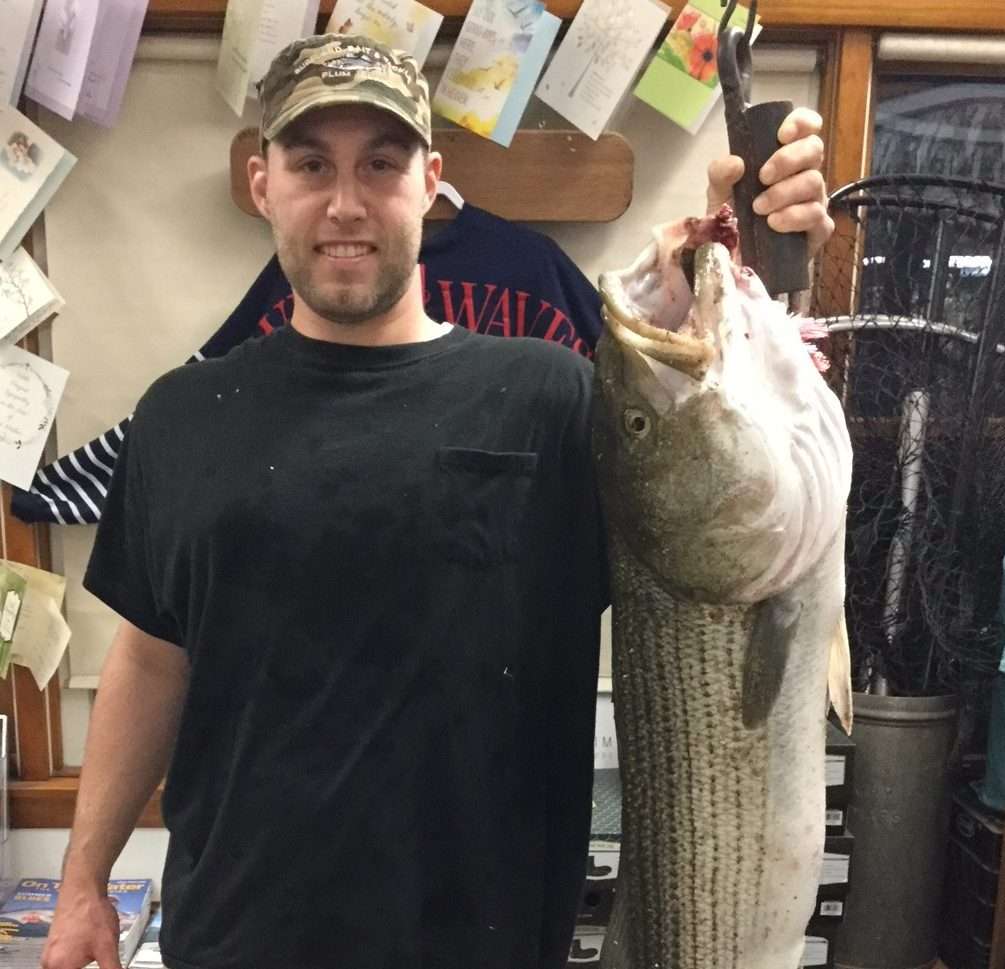 Who says all the fish are on the PRWR??? Well we do say that a lot of the time. A lot of fish do come from down there but that is because it is such a popular spot to fish and it is where we get most of our information from. But, that has changed as of today. Just before closing time last night Brandon Haak from Newburyport showed up at the shop with a fish. He had been in the shop not long before to purchase some of those luminous mackerel we got in and head down to the beach in front of the shop to fish. On the first mackerel chunk he caught a skate. Oh boy, those darn things! On the next chunk he thought he had another skate because it wasn’t putting up much of a fight. But as he got the fish closer it turned out to be a good sized striped bass. Brandon tried to revive it but it just wasn’t taking so he decided to bring it in to the shop, weigh it (20-5 pounds) and then head home to prep it for a meal the next day. Kudos to Brendon for trying his best to release the fish, but sometimes things don’t work out the way you planned and the next best thing to do is to keep it and eat it and not just let it float down the beach.  You are allowed one fish a day! 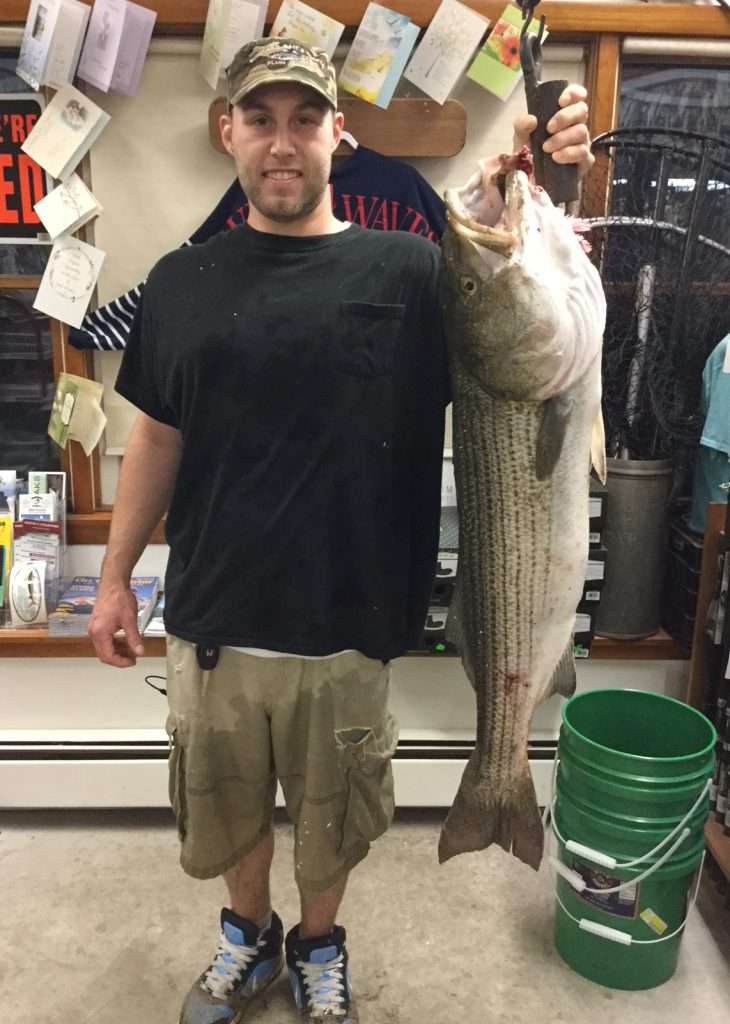