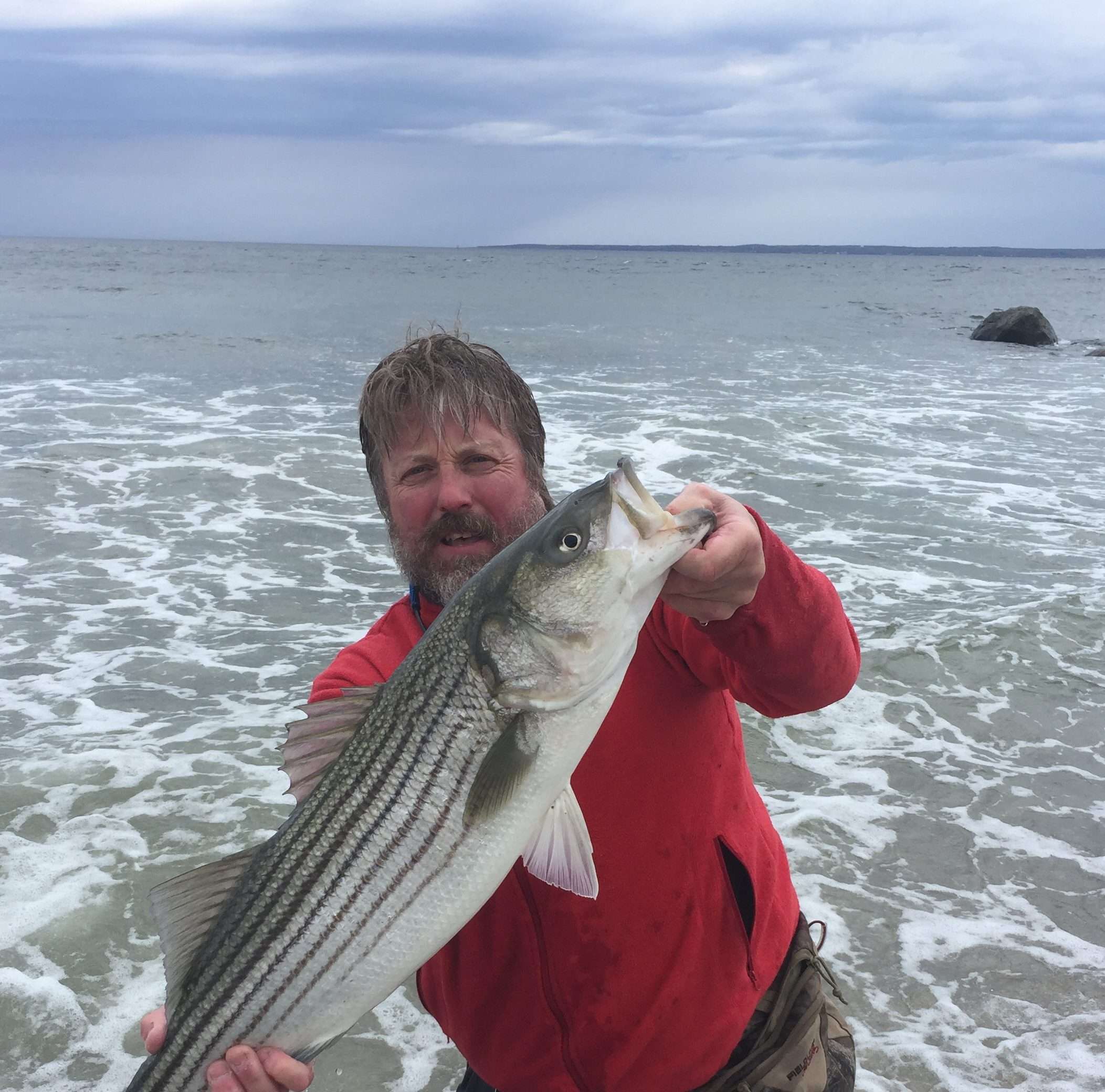 Who needs Game of Thrones season finale when you have this guy. Look at him! John has done well at the southern end of the island on small fish, but now the bigger fish are arriving and he’s catching those too! What a great picture John, thanks for sending.

Other reports were from Brendan & Allie who fished the front beach last night and did well on sea worms. Mostly small fish, but they were plentiful. This mornings low tide at the mouth of the Merrimac again produced a lot of small fish. This weeks low tides in the am make either mouth of the river prime fishing destinations.

See you in the am! 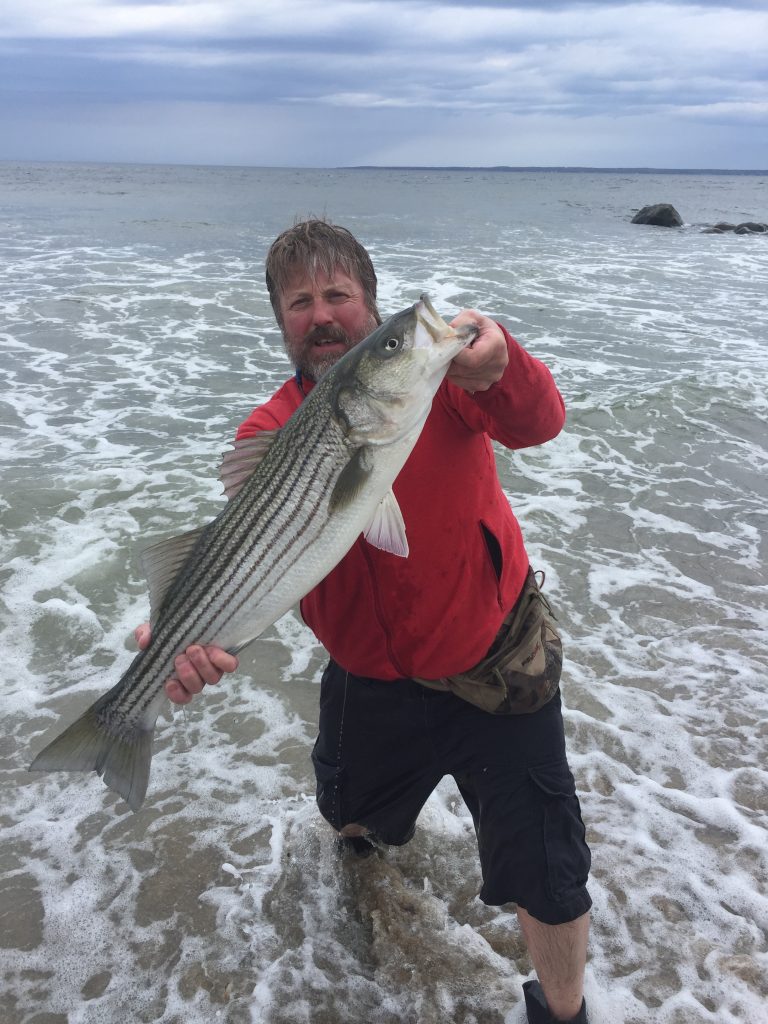 Fished outgoing until incoming until finally able to land this keeper, lots of fish around all day long right up until I left.