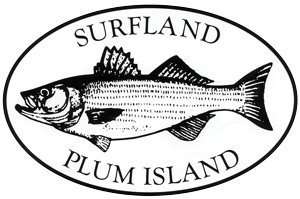 Posted at 09:26h in Catch and Release by Liz Cowie 1 Comment
0 Likes

Just received a call from Boston Dave who gave us this report this morning. He is fishing the Saugus River and Pines River area and says it is the best run of small fish he has seen in a long time. Dave fished the high tide this morning and caught a bunch of schoolies in the 12″-18″ range with one being 20″, all using soft baits. Dave also got a call from his pal. Carl V. who fished the dam area in Boston and he got 12 stripers with one measuring 24″.

Dave also fished Rock’s Village area for shad yesterday but got nothing, however seeing two other fisherman caught a couple small stripers. One of those guys being Eric who was doing very well on shad at the beginning of the week. So hoping another run of shad come up the river in the next few days.

Brendan, Andy, and Zach from Surfland went out last night to fish the little rivers around the areas but came up short and only reported a few little strikes.