Posted at 17:44h in Uncategorized by Liz Cowie 0 Comments
0 Likes

Well the bigger fish are definitely here now. Some local boys were out on Joppa last night and came in before closing. Mike Lamagna from Seabrook and A.J. Drivas from Plum Island fished the high tide into the outgoing tide in Joppa Flats yesterday afternoon and caught this 25.5 pounder on a Sebile. 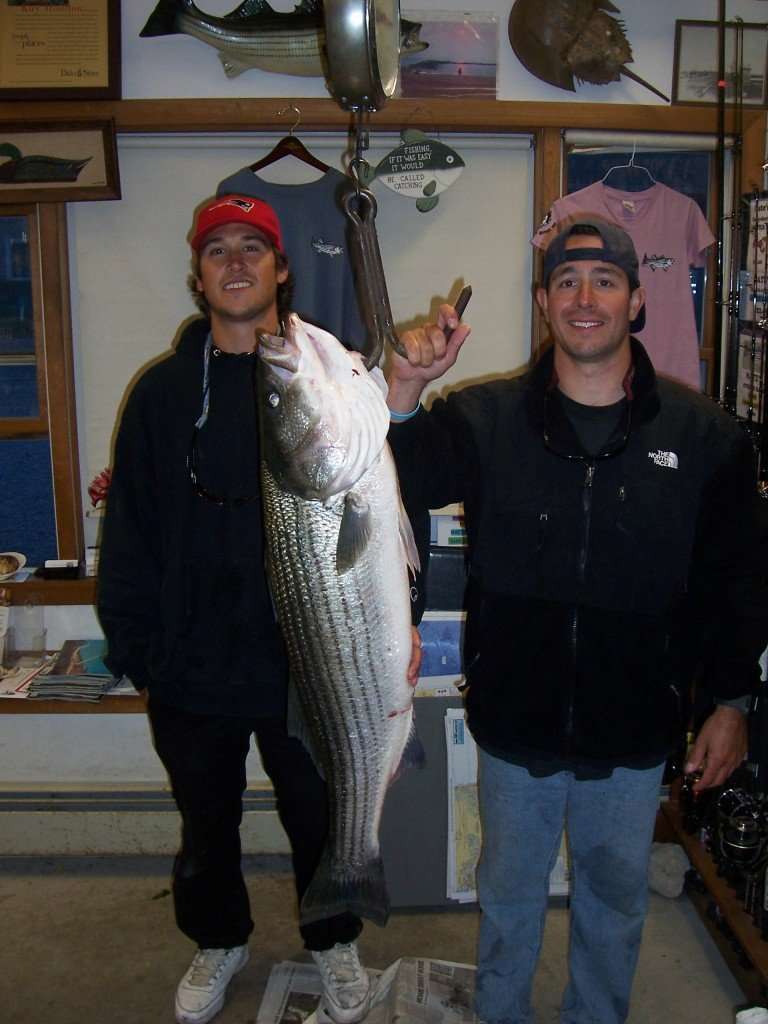 Then this morning there was a lot of fish caught at the river during the bottom of the outgoing tide into the turn of the tide. Ralph Upchurch loves clams and so do the fish he catches. He got this 21-10 pounder this am along with Bob St.Geoge from Hudson NH who also got his 12-11 pounder on clams. We had quite a few people come in to tell us that they had a great morning. Some were using bait and the people that were using lures seemed to be doing well on soft plastics! Fish On everyone!

Overnight some of the kids that work here said they got into some big fish, hooked up but had a hard time landing some of them. Ed managed a fish that was in the 25 pound range and then dropped a bunch. Tommy got a few fish in the 30″ inch range and a schoolie.  Brendan also dropped a few big fish. All were fishing swimming lures! 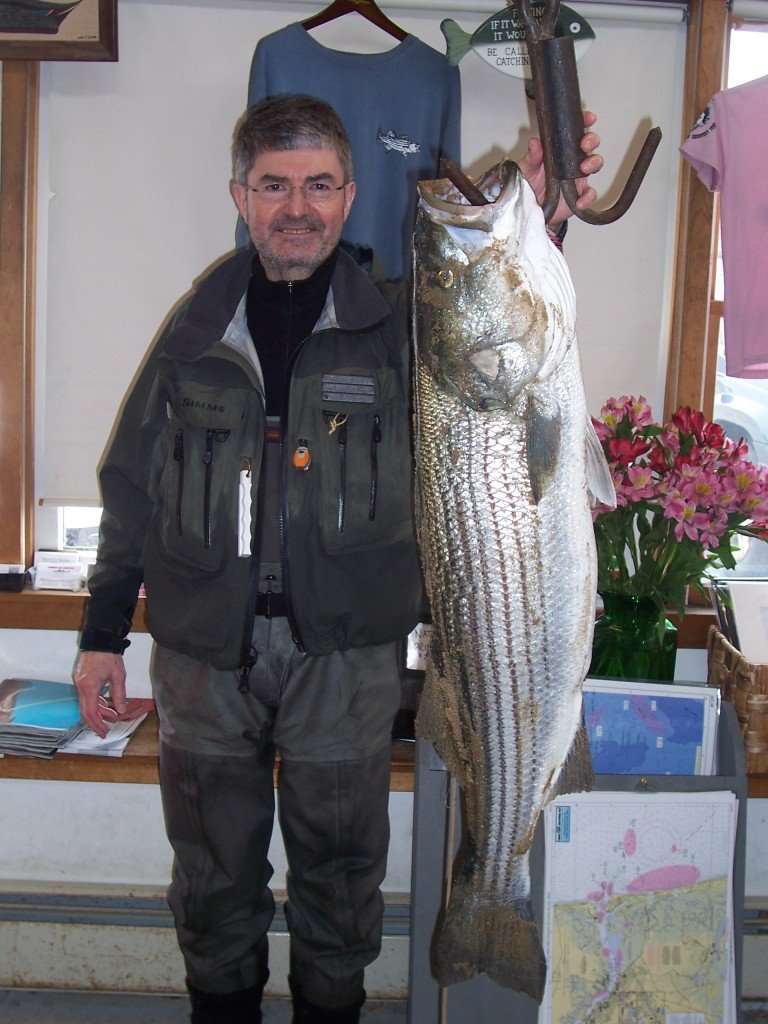 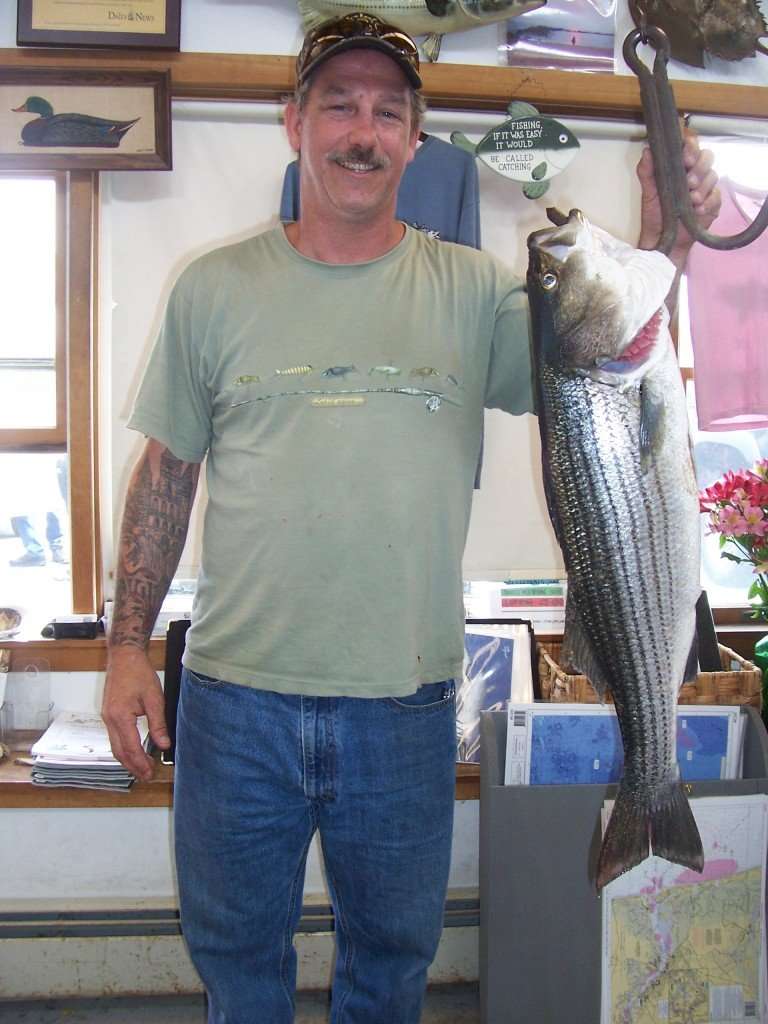