SEPT 12 – GETTING BIGGER BY THE DAY 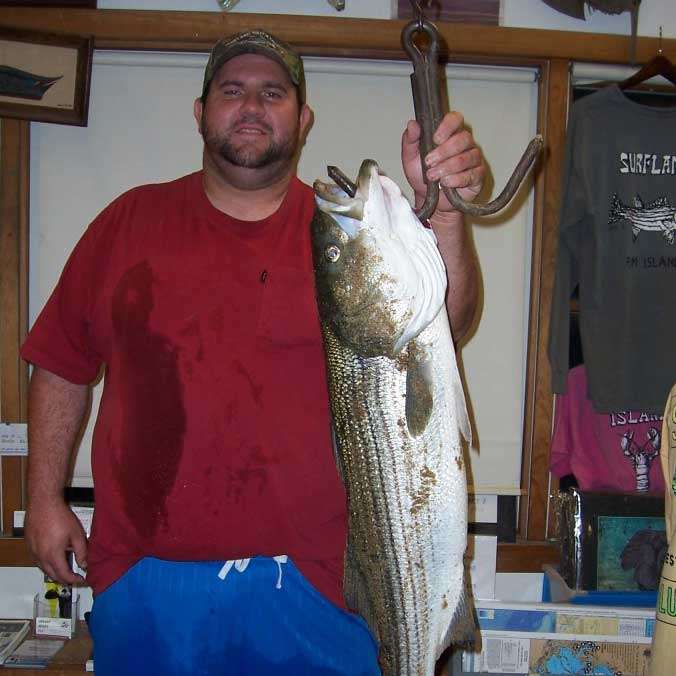 Posted at 08:45h in Uncategorized by Liz Cowie 0 Comments
0 Likes

THREE nights ago on the 9th we had Jay Dillon come in at closing time to weigh in this nice 16 pounder that he caught on a live eel. Jay had fished the better part of the afternoon at the river and a bit on the front beach with nothing to show for it. But, then he hit the sandbar on the front beach at the bottom of the outgoing tide, which just happened to also be sunset. Jay used a live eel to catch this one and then hurried to the shop to weigh it in. I don’t know if he or anyone else did anything that night. Joe from Surfland has also reported doing well on live eels from the oceanfront on different nights over the past week.

****LISTEN UP!!! The sandbar is not a place for a novice fisherman. Pay attention to your surroundings. I had someone tell me they got caught out there recently and had to swim for shore. If you have not fished any sandbars before, do not try this one!. And, never try it alone! We hate to hear of anyone getting caught out there. BE CAREFUL!!! 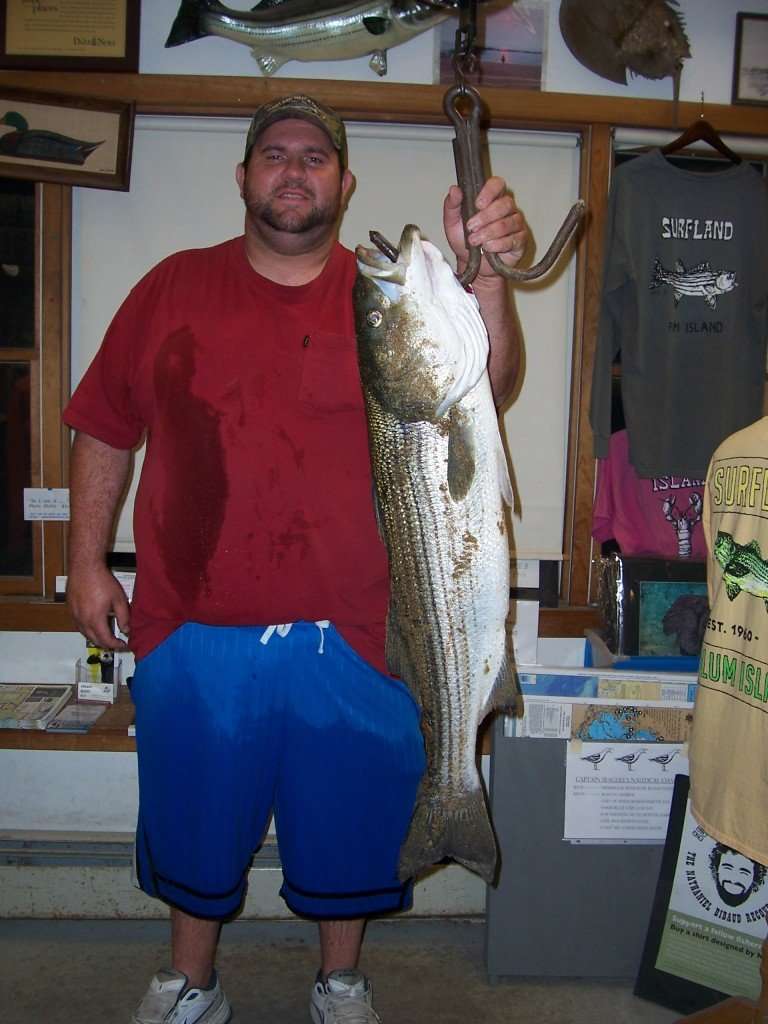 TWO nights ago George Salpas from Tyngsboro MA come in with this 19 pounder that he caught from the oceanfront…………….the Sailsbury oceanfront! George used worms during the afternoon outgoing tide to entice this pretty fish. He also told me that he caught a 33″ striper on Sunday on the PRWR on worms. George is a man with some good luck! 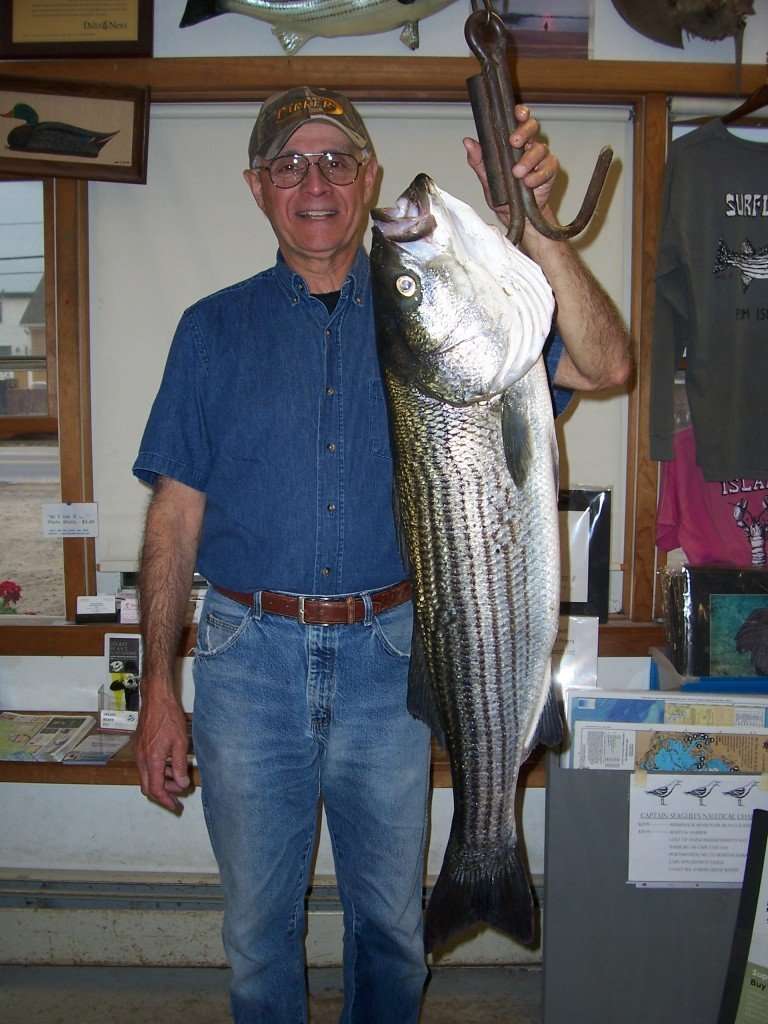 TODAY, Just this morning we saw a 38-4 pounder come! Don LaRuffa from Newburyport came in with his fish that he caught from the surf using eels sometime during the night. Sorry folks, Don was very secretive about where and what time last night he caught the fish. ……. 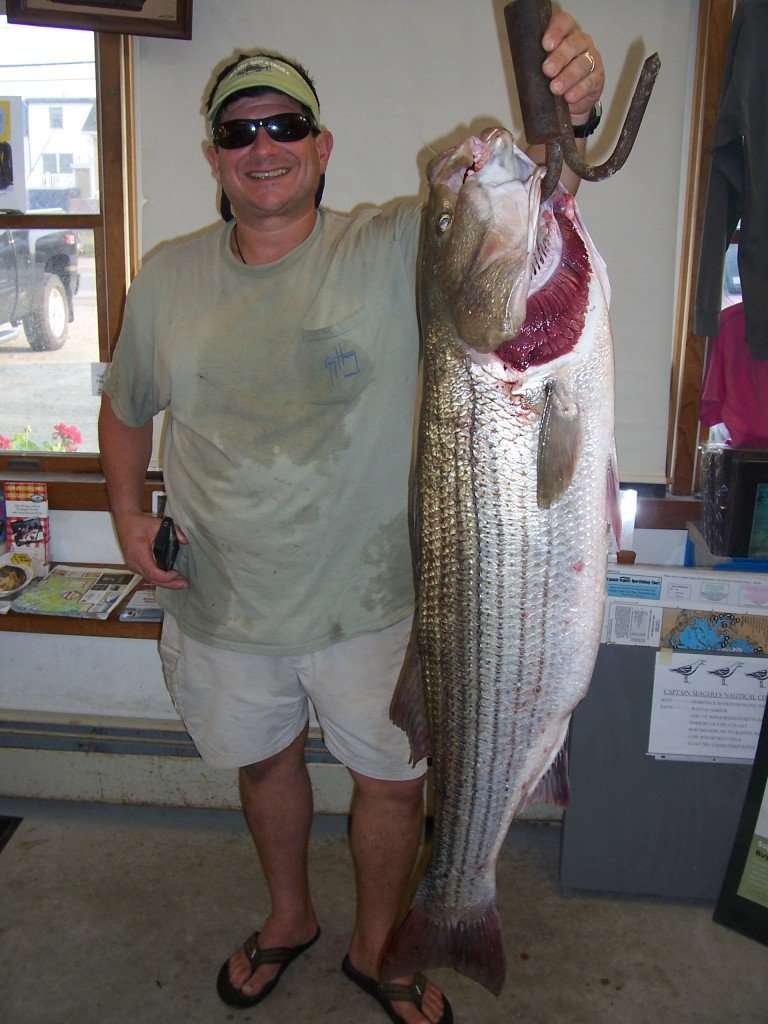 NOW……….don’t everyone get over excited. Yes we have seen a small increase in the size of the bass. ..but for the number of guys we have fishing it is still a bit slow from what we are hearing. One day we hear of guys getting a lot of fish all around the 28″-34″ size and the next nothing but 12″-20″ ones. Go figure. Guess why it is called fishing. Most of the action we hear about comes off the PRWR mainly due to the fact that the vast majority of people are fishing there. We have had a few guys trying the Merrimac River with mixed results. Mostly small stuff, although we did hear of one day that they hit some nice fish at the jetties on both the ocean and river side, but that was one day. Now, on the oceanfront, we have some guys that are doing well during the low tide to the start of the incoming and then there are the guys that fish the top of the incoming and the start of the outgoing.  See a pattern???? Hope so! Bait? Worms & Clams during the day for you bait fishermen. Metal lures also (although I’ve had a few guys report doing well on top water lures now). At night, eels for you guys that like to throw eels, but for you bait guys………can’t go wrong with worms and clams!!!