Okay, this weekend was mostly small stuff along the oceanfront. Rick and Nancy, one of the buggy crew, were in to tell us that they go a lot of little fish this weekend. That is good in some ways………nice to see so many small ones……but if you are looking for dinner….not so good. But, Peter Timmmins has managed another couple fish for his freezer. Saturday morning he came in with two fish that he caught on live eels during the night. Martha says he makes a mean striper & corn chowder along with fish cakes and other tasty striper treats. So here is Peter with his 34 and 14-12 pounders. 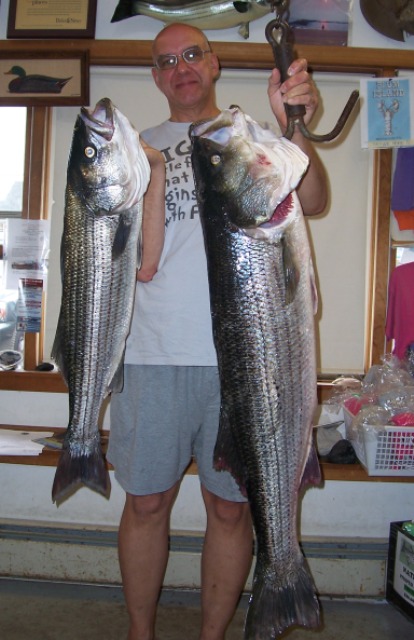 Then today we had Jacob Power from Westford (a Kay Customer!) come in to weigh in his 8-4 pounder that he caught on clams from the oceanfront.
Way to go Jacob………hope you enjoy your fish! 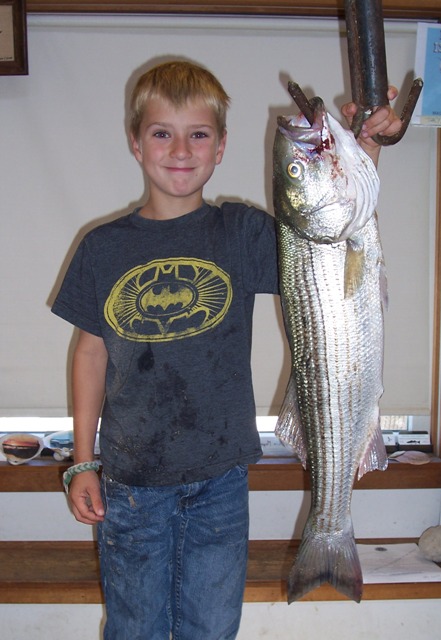