Posted at 16:39h in Uncategorized by Liz Cowie 0 Comments
0 Likes

On Friday, Steve Mosher from Salisbury pondered this question after he caught this 10-6 striper from the surf on the PRWR using worms. So Matt……..where were you???? 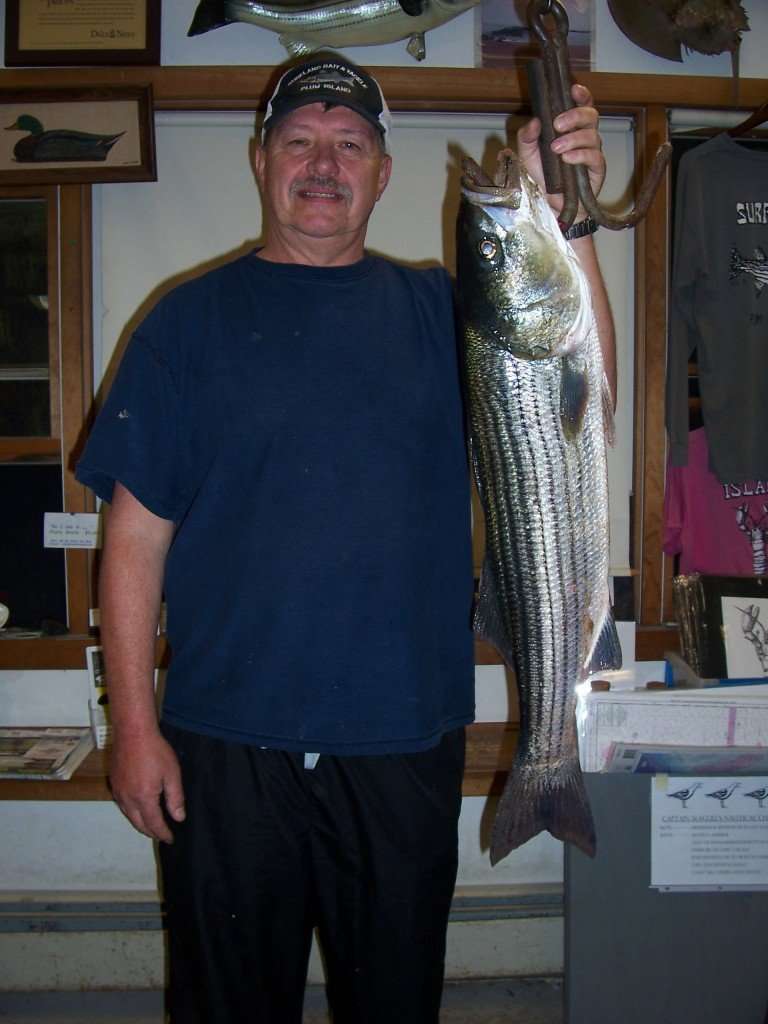 Today the buggy guys are leaving the beach and a few have stopped in to give us a report. Last night they got into fish during the top of the incoming tide which was also sunset. Terry Murphy came in and reported that he got a 36″ fish on worms. He said that some of the other guys got fish in the low 30″ range. One fisherwoman, Annie caught a mackerel from the beach. We’ve had a few mackerel caught from the beach this year. Pretty cool.

Ed and Andy Kelly came in to give us their report today but also told us how eerie it was on the beach this morning with the fog. They were at parking lot 6 and Ed was telling us how cool it was down there. The fog was just hovering above them. All was clear at ground level and then he could reach up and wave his hand through the fog. But let’s get back to fish. They caught a lot of small fish on worms. Another buggy guy just airing up got a keeper this afternoon about an hour after low tide on bait.

And up until Terry’s report of last night, the week has been full of small fish. The few fishermen that have been around during the week have reported small schoolies in and around the 20″ range. Those that ran into them with some light tackle have had a blast…….like one guy with a fly rod was very happy mid week fishing the am high tide. And Craig from Surfland continues to do well walking the beach and casting a bass assassin attached to a lead head during the incoming tides in the am.

So welcome October and the fall run. Let’s hope the bigger ones start moving down from Maine!!!