Well it was a pretty slow week as far as stripers during the last week of September, but the wild ocean shook things up a little this weekend. A lot of little stripers were picked up over the weekend. On Friday, Paul Spendley from Somerworth, NH was walking the beach bewtween lots 2 and 3 on PRWR using a alewife sluggo on a lead head. He was fishing the top of the incoming tide and weighed in a 16-12 striper. On Saturday morning, the ocean really kicked up. A lot of sand was lost and we saw some pictures of the sand “cliffs” that were left by the ocean. We did hear of some fish caught though! Some reports came from the mouth of the Merrimack, some from Sandy Point, and a few from the ocean. About mid day after high tide, the northeast wind died and the ocean flattened some. Some fishermen reported that spots were weedier than others. Terry Murphy from Dracut, weigh in a 9 pounder and reported that it was tough fishing but he needed more bait and was heading back out there. He was fishing just at the drive-on trail. Ed Kelly fished the oceanfront on Saturday, using worms and clams and caught a lot of “micro” bass.

Paul Szostak from Chester, NH weighed in a 12 pounder using worms Sunday morning. He caught mostly bass using worms. Saw a bluedfish caught also. About 10:00 Sunday morning, we got phone calls from fishermen fishing #1, #3, and #6 reporting that they were catching a lot of schoolies. Terry Murphy came in to air-up and reported that he caught lots of stripers during the night/early morning….he said he caught some of the smallest stripers he has ever seen. All on worms. 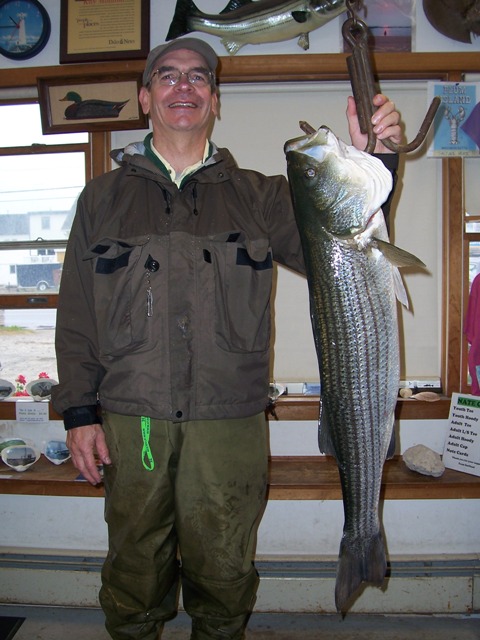 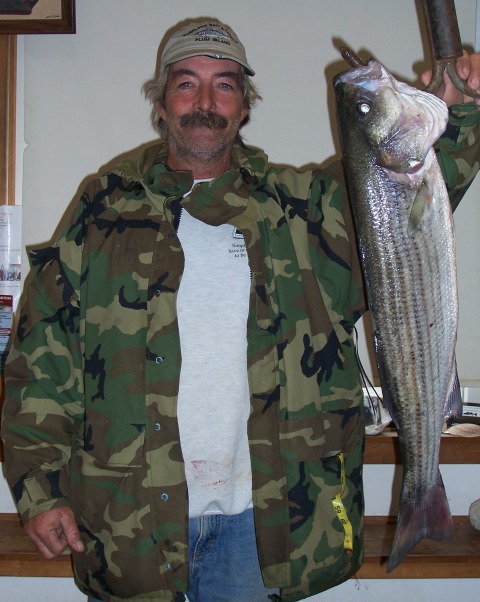 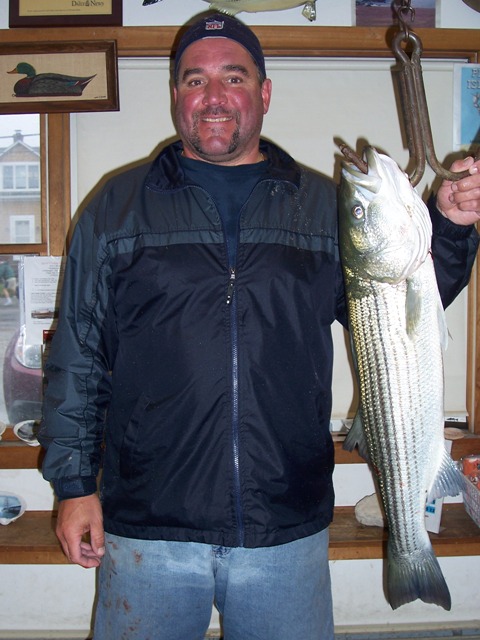