But, for sure the fish hit the beach today! John McQuade from Amesbury hit the beach on the PRWR this am about 7:30. He said he got small fish during the incoming tide, little hungry ones. But…………..after the noon tide at 12:30 John started catching fish (12-15) with his biggest coming in at 34″. He said and I quote: “the best day of fishing I have had!”. He even ran out of bait. Now that’s a good day! All of his fish were catch and release and here is a picture of his 34″:

Caught this nice 34 incher on the outgoing! Also caught a 28 and 33 incher all on worms! 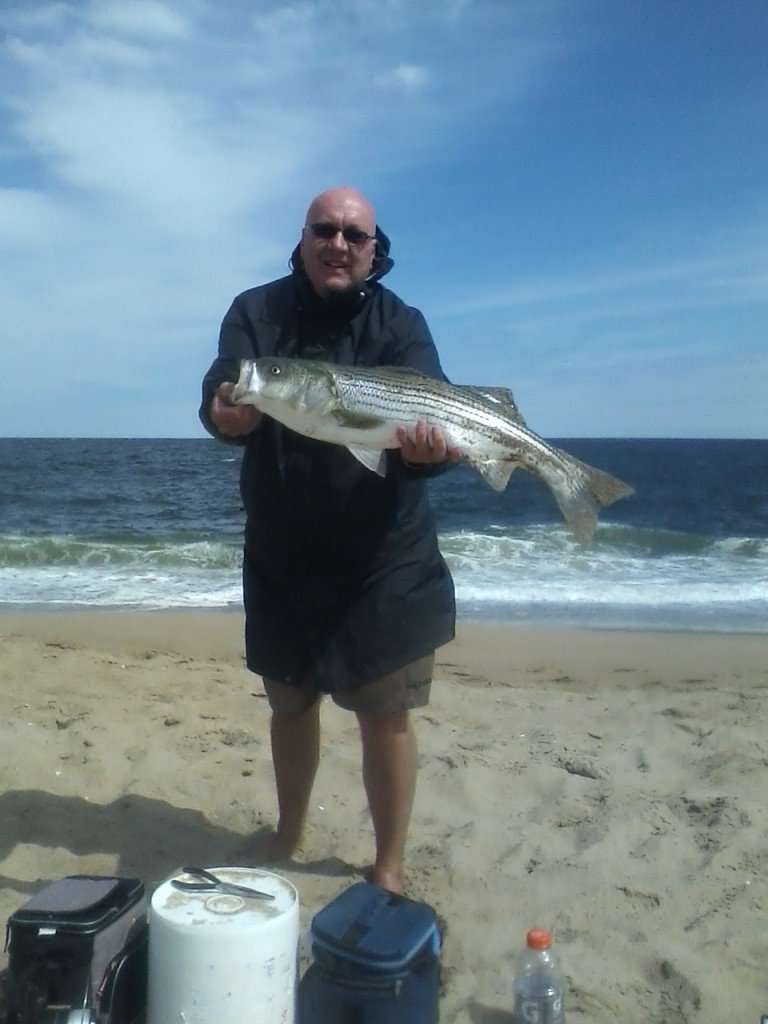 We also had Adam Leger in just before John arrived. He told us about stopping to take the picture for John. Now Adam’s fish wasn’t quite as big as John’s but he also caught it on the oceanfront of the PRWR, but he was using clams. His weighed in at 9-12. (sorry that you were is school Noah. Can’t believe dad came fishing without you!) 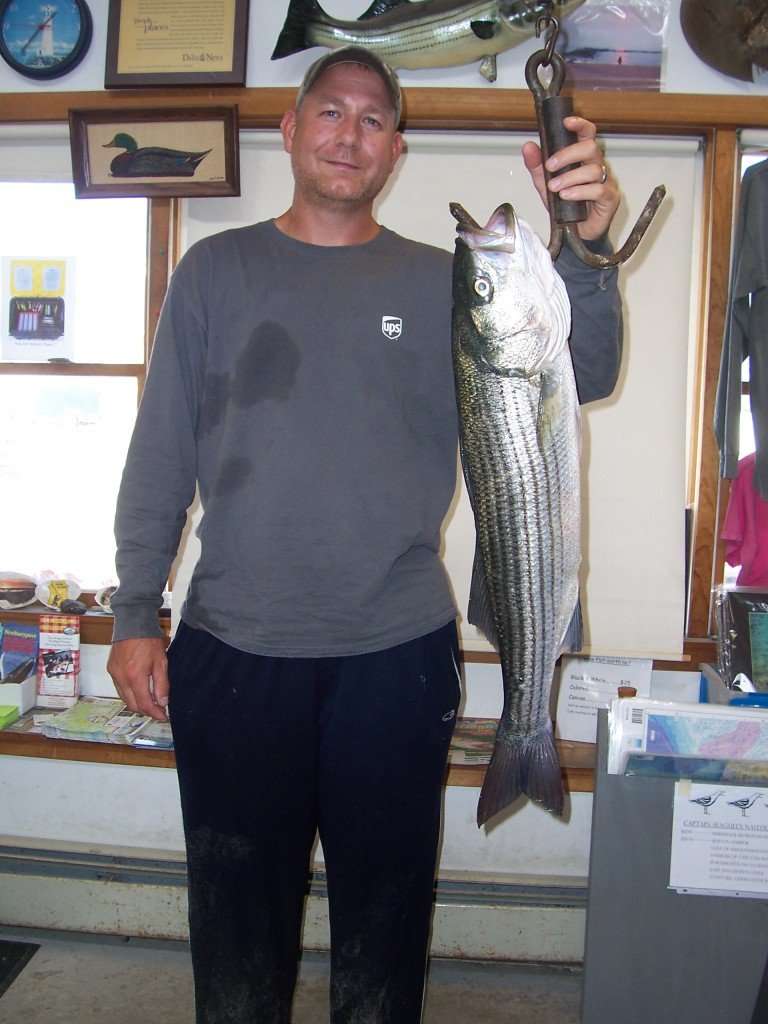 And then on 9/3 we had Claire Davidson from Nashua, NH come in with the first fish she ever caught. Again, (getting tired of saying this) caught on the oceanfront on the PRWR. Claire was using clams and her fished weighed in at 15-8. Congrats Claire, hope it tasted good! 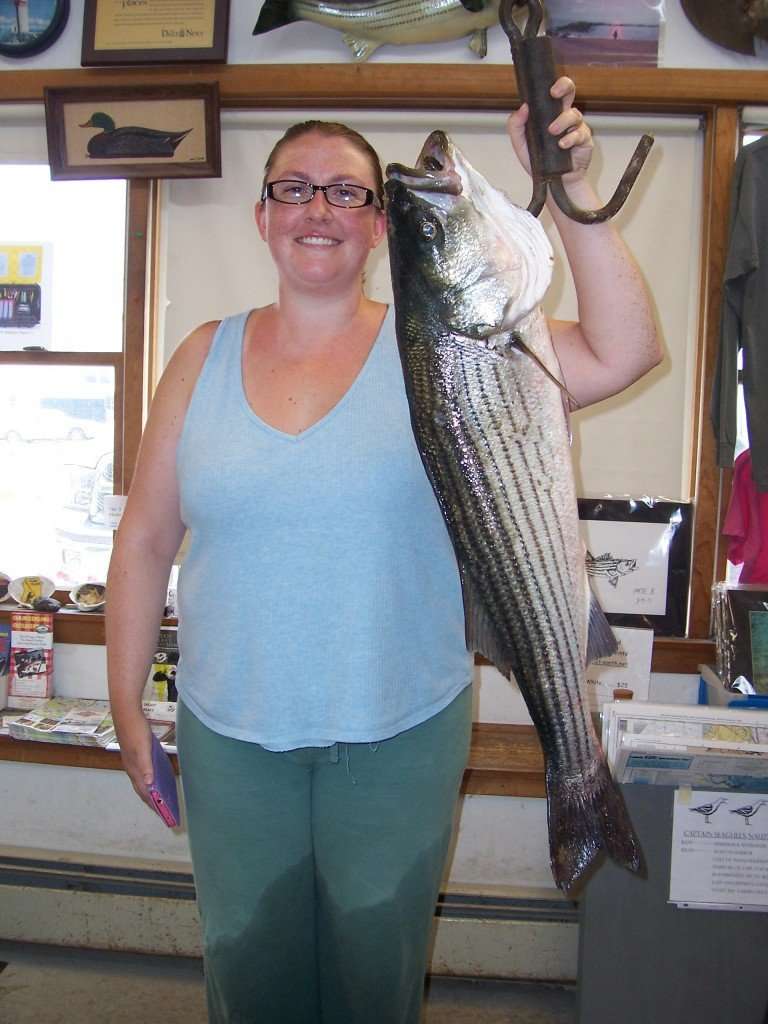 Other news besides that coming from the people fishing the PRWR is that some small fish were being caught at the base of the jetties in the cove and also on the Oceanside of the jetties this morning for the low tide. Small sluggo type lures were working here today!