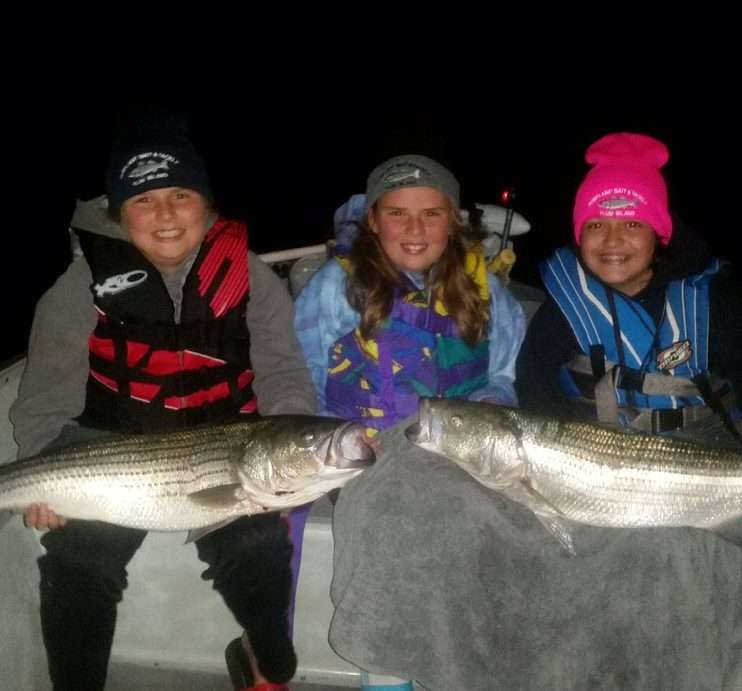 So the story lately has been all about the Cape Cod Canal. Shoulder to shoulder, fishermen 2 to 3 deep, people casting over you, lines getting tangled. Jeez, who needs that. That doesn’t sound like fun does it? Okay, all kidding aside. Yes, the Canal has been hot. And congrats to all the fishermen that have had a blast. Even our Plum Island residents are getting in on the action. Here is John Liss  who fished the Canal using a Shimano Coltsniper Stick Lure and caught this 25.5 pounder that is headed for the bbq!

Around here we have had hundreds upon hundreds of small stripers around. The week started off slow, mainly because of the weather. Just didn’t have many people around fishing. But over the last few days it has sprung back to life. We have fishermen coming in to tell us that they have caught over 30 fish in the 16″ – 24″ range up and down the oceanfront. This time of year most of  the information we get comes from the fishermen that fish on the PRWR. Like Kirk Farrell, he put this post up in the comment section of our website and I am repeating here so our FB followers can read it.

“Fished on friday 8 sept off beach lot 1, caught one keeper and released him, several other smaller ones. A lot of guys were hooking up with small fish. Great time to introduce young anglers to the sport, steady action. I used Herring others had clams. Kirk”

Thanks Kirk. And since you commented about young anglers. Here is a picture from Dan Master. He has a small clan and with all of their friends there is never a shortage of young anglers on his boat. Awesome dad!  He fished last Saturday night and sent us this picture and report:

“Stayed out till midnight, no big ones, but got a 34 and 32 incher. Girls had fun, I think the surfland hats made the difference.” 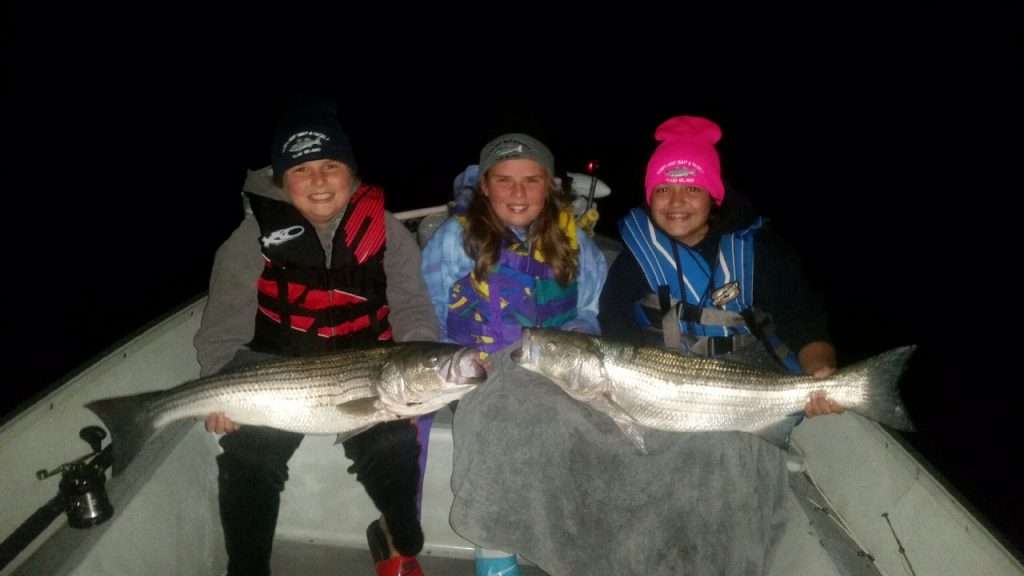 Which brings me to last night. Clayton Patles hit the beach last night and sent us some pictures and a report:

“Plenty of fat fish around last night and they where eating. Fall run has begun !” 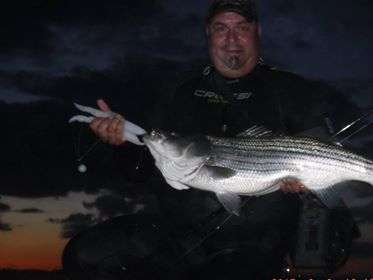 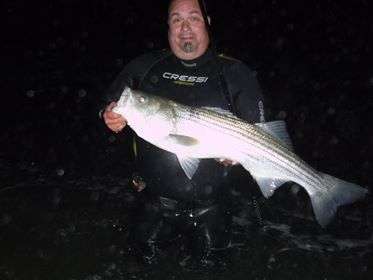 The bigger fish are starting to arrive in more numbers now. The big fish have been here, its just that there are so many small ones, “bait stealers”, that by the time the big one comes to investigate your hook…..it is usually bare! These little guys have a ferocious appetite and have been gobbling up worms, clams, herring and mackerel along the oceanfront. So the fishermen that have produced more of the bigger fish tend to fish at night some with bait, others are using live eels or slinging lures. There is a lot of beach to walk so get yourself down here for the beginning of the fall run!

*thanks Clayton for the photos! Clayton runs the juniors program at the Plum Island Surfcasters. He helps introduce the kids to all kinds of fishing. If you have a young one that is interested in fishing, this is a great program to help them on their way. Check them out!