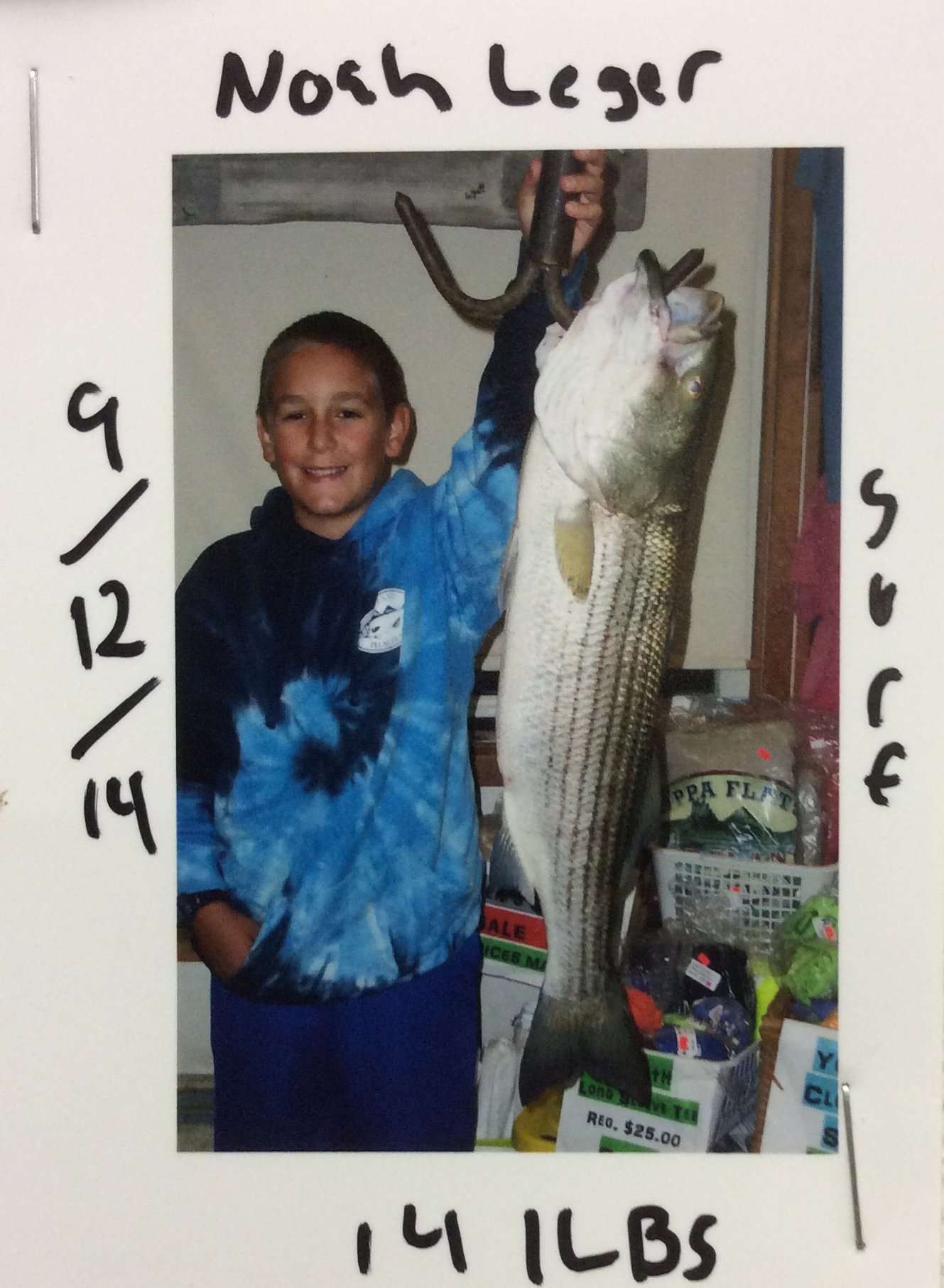 The last few days we have seen the weed come, the weed go, the weed come, the weed go. Last Friday there were fish up and down the beach. If you were there then the chances that you hooked up were fairly high. We had reports from guys that were fishing Sandy Point to parking lot 1 on the Parker River Wildlife Refuge. And it was A to Z for what you used. Bait and or lures, almost couldn’t miss. Noah Leger from Gardiner showed up Friday before closing  with his 14 pounder that he got down on the Parker River Wildlife Refuge using worms  as the sun was setting during the outgoing tide. 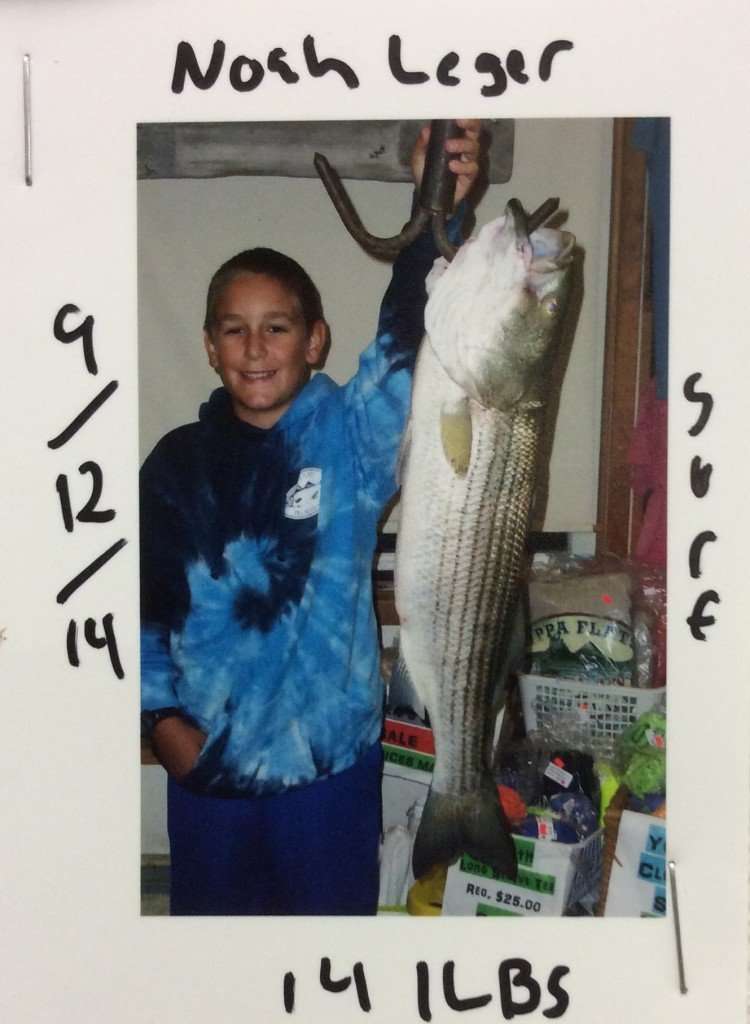 Then came the weekend, the wind picked up and blew weed in and the fishing got tough. It stayed that way off and on throughout the weekend and into the week. Sunday afternoon Terry Murphy came in from a weekend on the refuge. He caught this 8-4 using worms along the oceanfront. He is one of the buggy guys and caught this fish south of 3. He reported other fishermen catching small striper all in the same size… range. It was certainly an odd weekend. 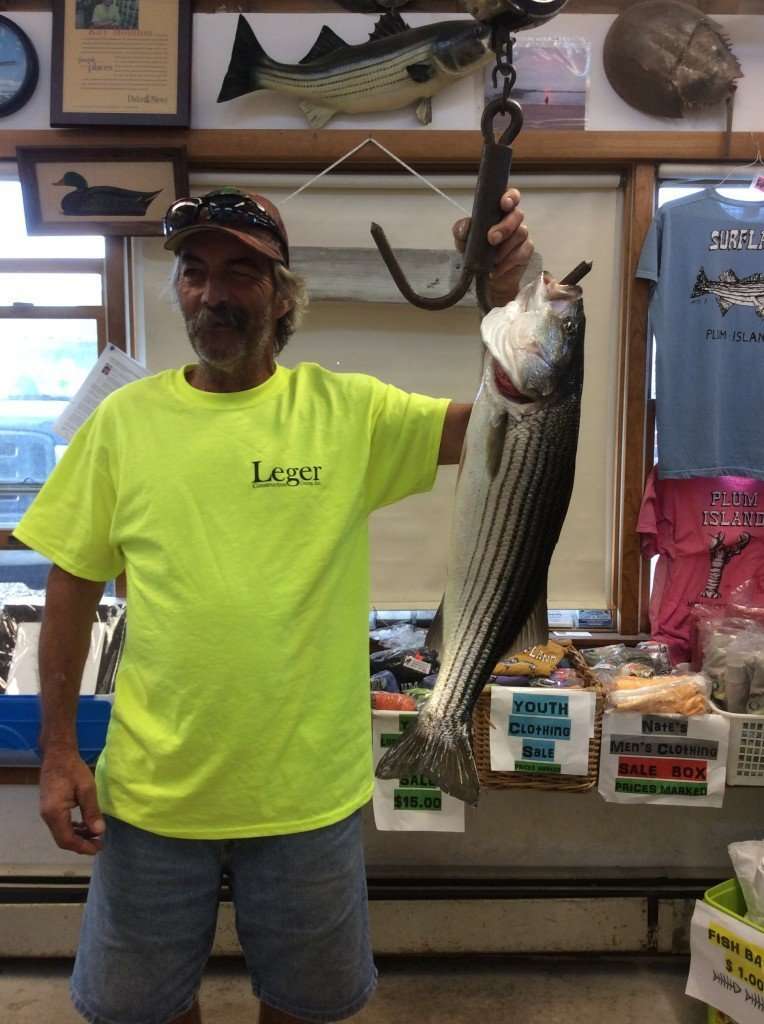 On Tuesday I got this report sent to us From Bob Nardone: 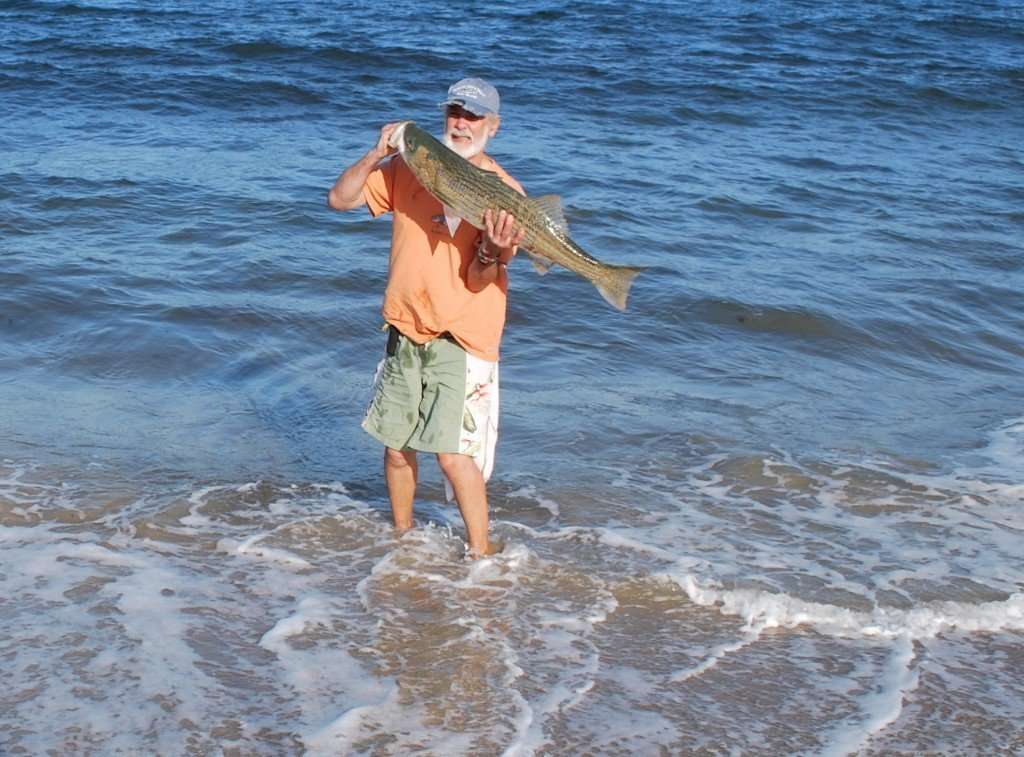 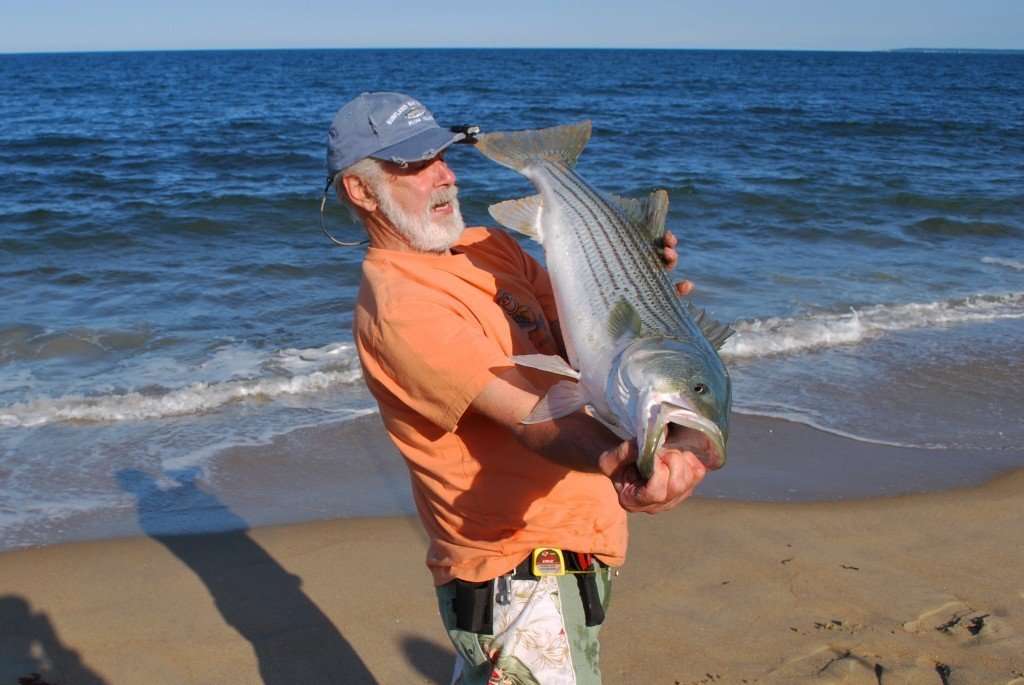 Terry Murphy was fishing again this week and he had a bit of luck even though the weeds were still on the heavy side.