John Noonan started us out this weekend by weighing in this 26-6 he caught early Saturday. John was using a live eel and caught his fish on the outgoing tide. 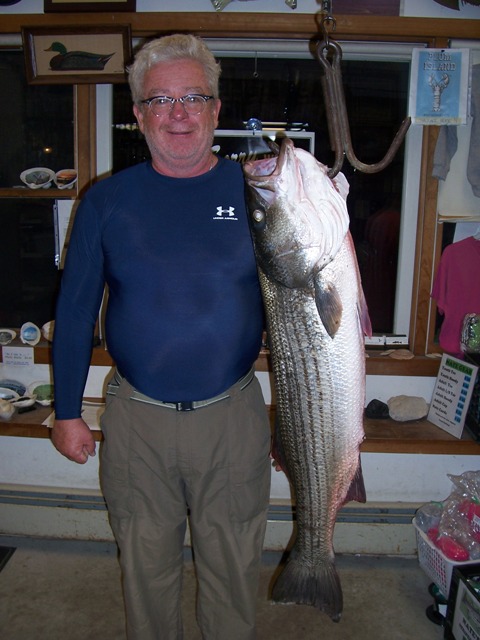 But this little cutie, Leah Smullin from Rowley brought her fish in later on Saturday. She was in a boat in the river and used herring to catch her little 8 pounder. Congrats Leah! 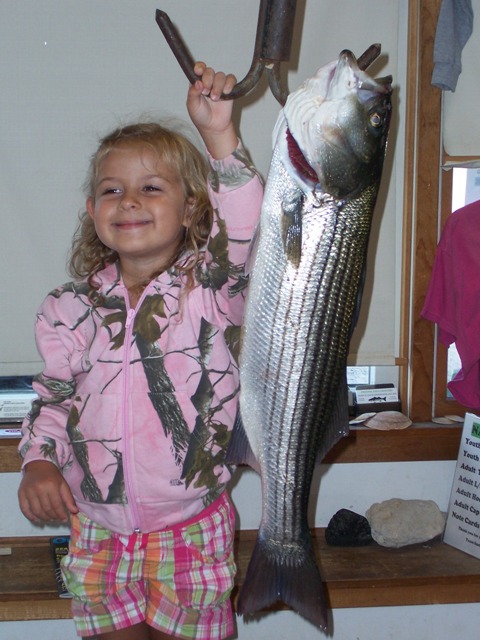 ~~~~~~~~~~~~~~~~
Friday afternoon and Saturday morning saw the arrival of the beach buggies and as usual it was great to see all of you. This morning Lynn Scwartz, part of the late Johnny Zaia crowd, showed up and with her two fish that she caught. Here she is with her 20 pounder, the bigger of the two, that she caught during the night on worms. From what we have heard throughout today, there was some decent action last night for some and for others nothing. Worms as usual was the “king” of the bait. Brian Mattewzzi from Manchester, NH came in this afternoon with his 9-6 he caught from the beach. They also were on the refuge with their drive-on pass. Others that are down this weekend had a few issues with the “flying rats”. Now, we are not going to name names, but there are some pretty smart gulls out there, so keep your worms covered and put a brick on them!
The Kellys and The Pages are also out and about this weekend. They have gotten a few decent fish in the 28-34′ range, a ew schoolies, and some snapper bluefish. These pesky little guys are chewing up a lot of worms on the fishermen. You don’t even know they are there. When you bring your bait in and there is only the head of the worm left……….SNAPPERS! 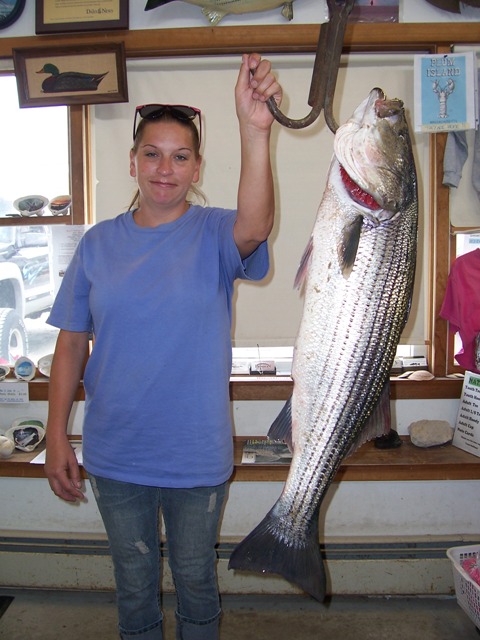 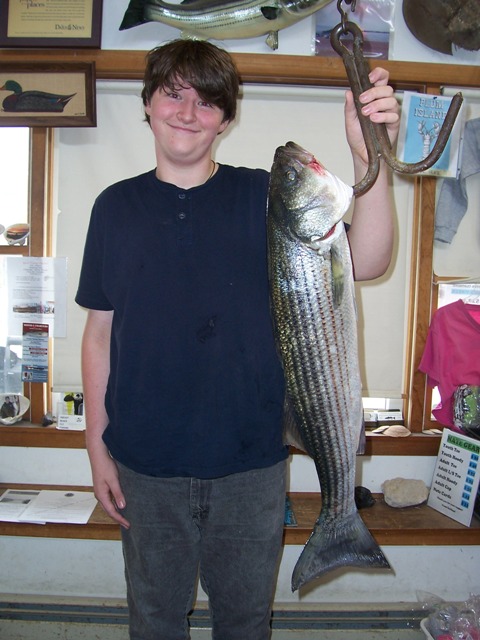 Then we have two pictures of fish that were taken south of Plum Island, from Ipswich to Manchester. First we have Josh Clogston from Billerica that caught this 31-7 on live eels at night from the surf. And the second picture is Rich Mitchell from Ipswich that was fishing the Crane’s area who caught his 25-9 on a live eel early this morning in about 3′ of water. Something to be said about dragging an eel across the sand through the water! 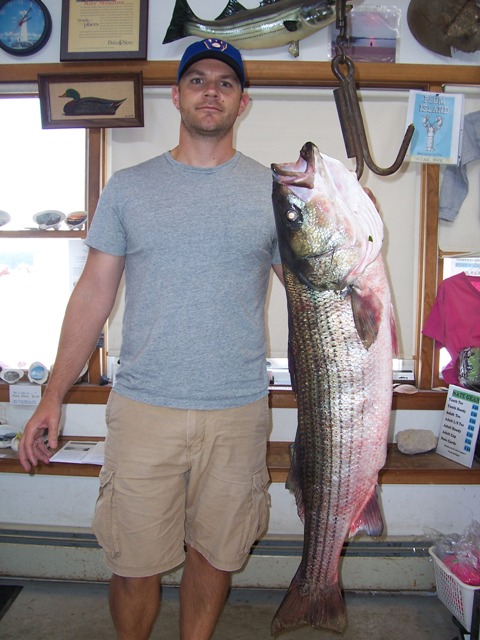 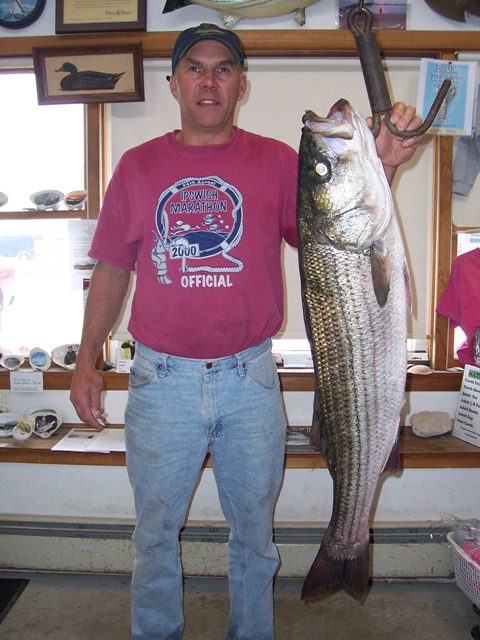