Sorry that it has been about a week from the last post, but there has been nothing spectacular to write about. The fishing was pretty slow this past week. We had a few guys that managed some small bass here and there.  A few schoolies were taken out of the mouth of the river by worm and clam fishermen. The night guys with eels was definitely a hit or miss this week. There one night, nothing the next. The most action that we have heard about is the same as last week. The refuge. Parking Lots 2, 3, the southern end of the refuge & Sandy Point have been the most productive spots. Again, clams mostly at the southern end & Sandy Point and clams and worms along the oceanfront. So again sorry about the lack of reporting this week……………That is until today………………………………….

Yesterday was the first day for the “drive-on’s” for the PRWR. The buggy buys were here anxious to get out on the beach and get fishing. We have heard back from a few of them this morning. They have reported that as soon as sunset was upon them, the fish started biting. Steve Moore reported 5 bass, all keeper sized. Ed Kelly also sent a text from another location on the beach stating that the fish were starting to bite. Most of these guys were using worms and clams.

Tommy Kelly headed out in a boat last night to do some eel fishing along the oceanfront. But they ran into bluefish (small blue) and bluefish is not what you want when you are fishing with eels. CHOMP! Plus some small stripers. And on top of that  there was a lot of phosphorus in the ocean last night which most fisherman do not like.   Ray Moulton used to call it “fire in the water”.  Whatever is in the water, hits the water, or is on the water glows in the dark.  Your eels look like fire breathing dragons.  Your fishing line and the water dripping off it glows.  Your boat wake glows.  When you spook fish, they glow looking like rockets under the water.  The surf hitting the beach glows.  Kayak paddles glow.  Everything glows and the fish don’t hit.  Reports came in that well known fisherman was dancing in the surf last night watching his footprints sparkle and glow.  I wonder who that was…..

Billy Page just came in from fishing Lot 3 on the PRWR. He headed down early this am, fished right through the torrential downpours, and was rewarded with some small schoolies and this bluefish…about 13 inches that he caught casting an SP Minnow. 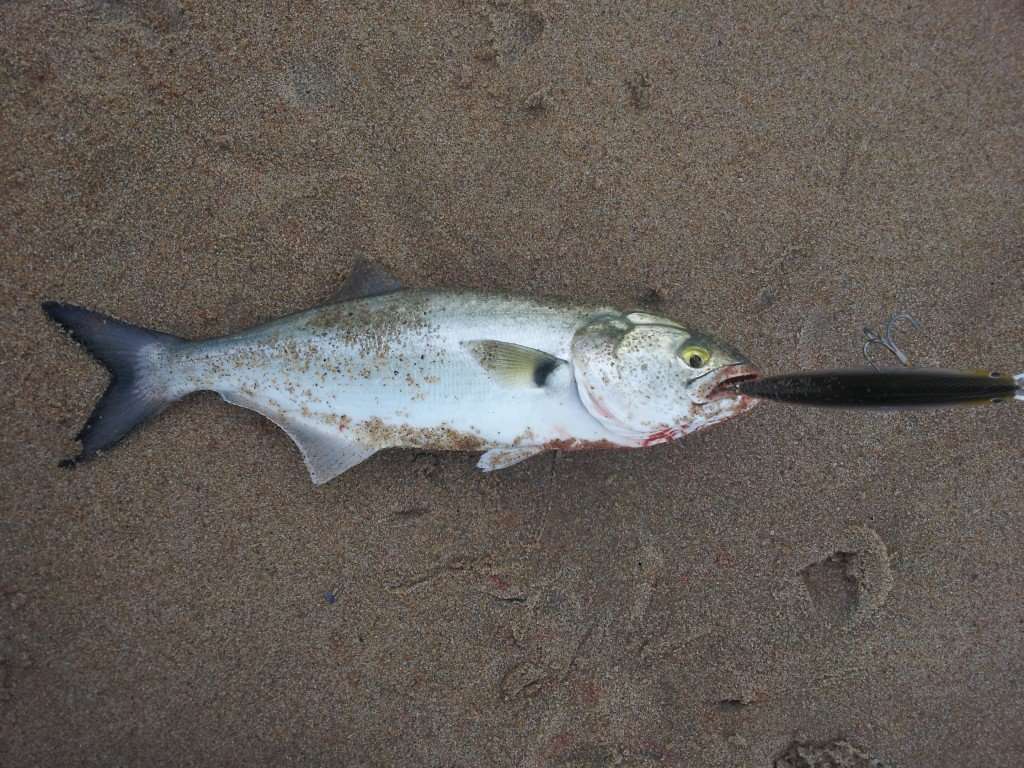 And finally, I forgot to post a picture last night that I got in an email. Peter Carro was out fishing a few nights last week and I would like to share it now. Here is the email:

What a difference a day makes. Thursday night one 26 in.. Friday same spot ,Kay’s special Worms, 15 schoolies and one 34 in.  O well that’s fishing. Both caught between 9 p.m. and midnight. 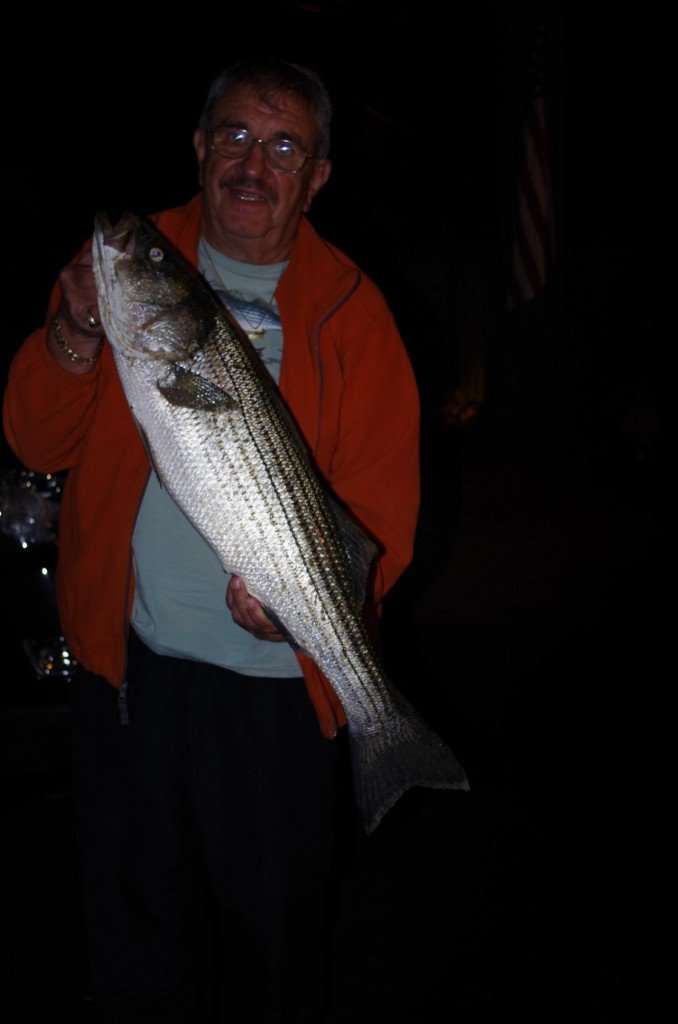