Drive-on has now commenced! The whole beach is open for drive-ons and walk-ons! Got an e-mail from Adam Ledger the other day. Now that the refuge is open we are starting to hear of more and more fish being taken along the shores down there.

“Hey guys, brought up a newbie … Craig Rufiange from Westminster ma … It was his second trip up here. He landed this nice 26″ Striper along with 3 others around the same size. He also battled and lost a decent size Blue fish when it snapped the leader. Good day though. Thanks to Ed Kelly & Billy for the extra pointers ….. Adam” 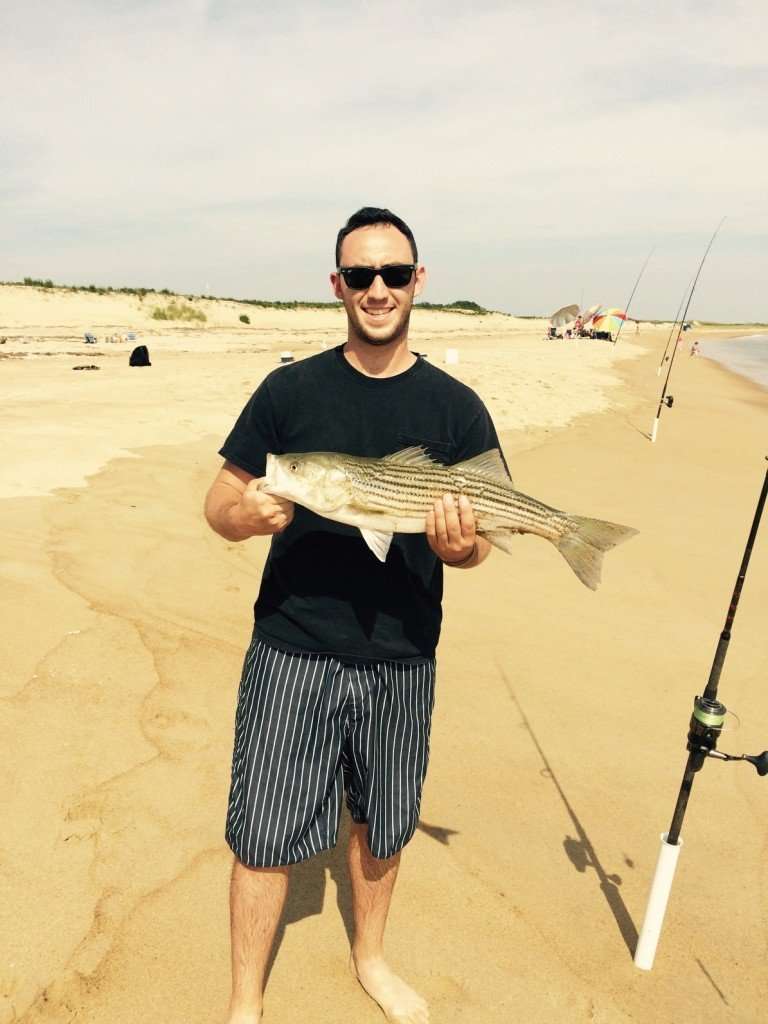 Terry, one of the buggy guys told us that he caught quite a few bass most being small but he lost a good sized one. He is back down again tonight. Worms are Terry’s bait of choice. Another fisherman came in who was headed down the refuge. He was down last night and reported stripers, and one was a keeper. But…he also said that he stopped counting the bluefish he caught after the 25th one! Terry also got a few blues. So it is time to hit the open beach folks and with the holiday weekend coming and the weather looking fine……….we hope to see you.

***Sorry folks, but have only been able to do Facebook updates lately do to computer problems on my main computer. Hope you all are taking advantage of the refuge now being open!!!