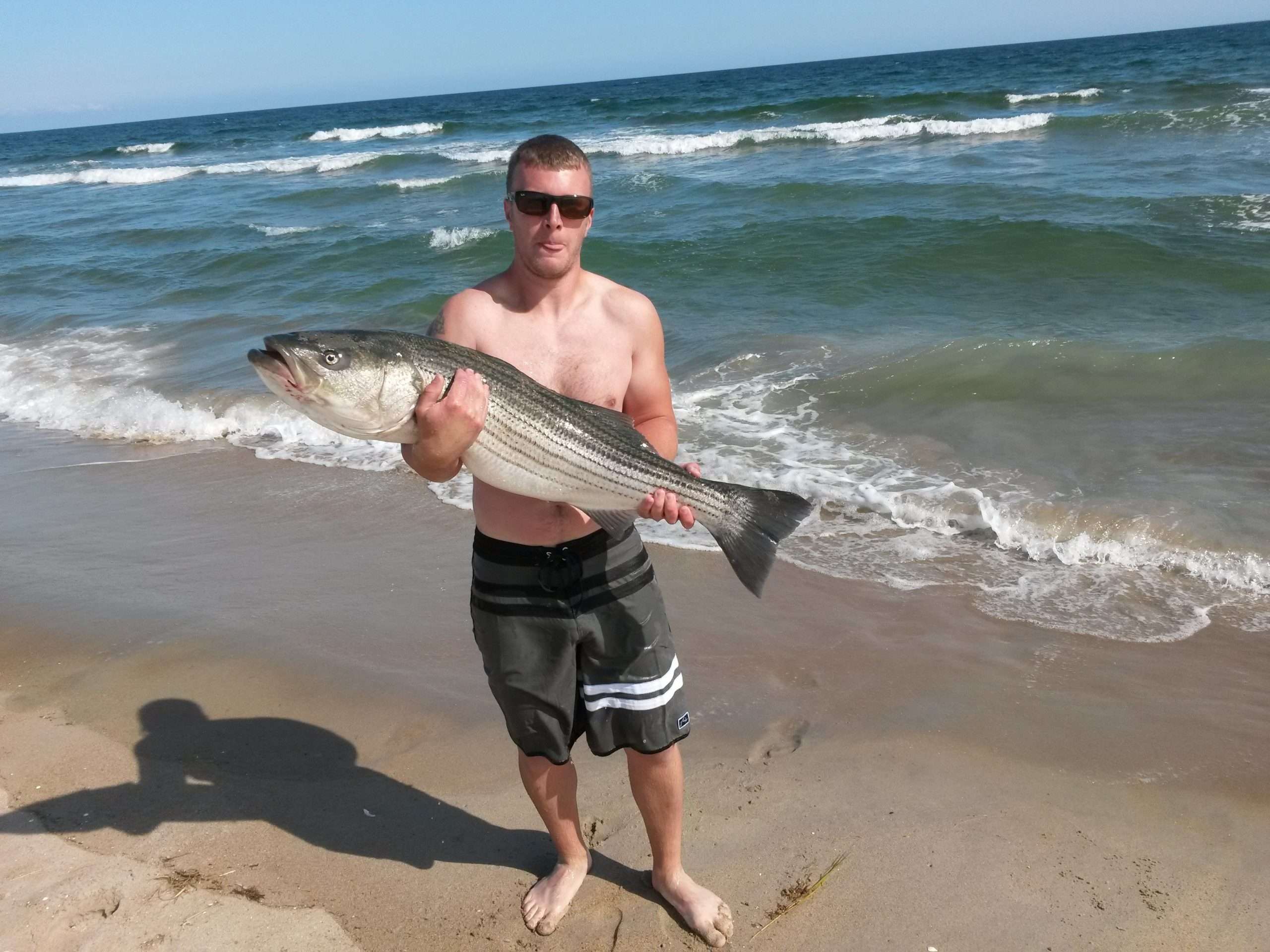 Received this email this morning from Chris Mathieson:

Hi guys thought I’d share report..caught a 44 incher 25-30lbs on some seaworms I bought late morning from kay…top of the incoming tide right in front of lot 6 Wednesday late morning…this is my best fish to date!!. I had a great year on the island glad to end it with this catch n release…thanks for your great worms! -Chris from seacoast NH 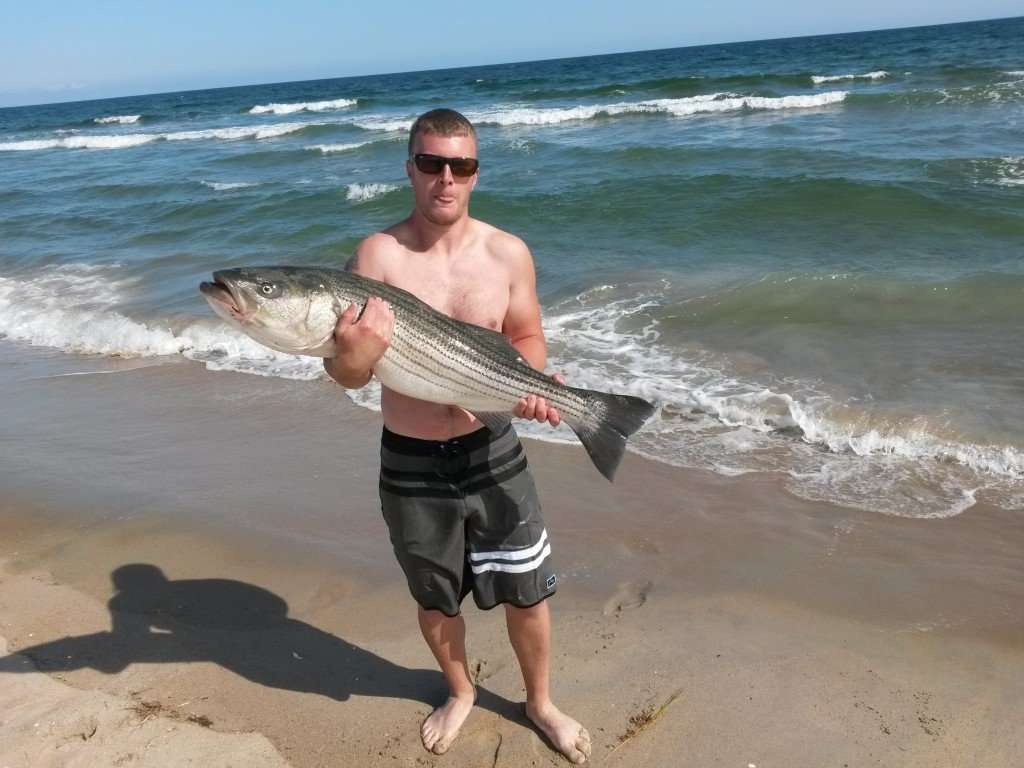 Other fisherman have also reported fish along the oceanfront (not this size though) but they are getting some right around the 24-34 inch range. The night fisherman however are reporting catching fish in the bigger range like Chris. these guys use a lot of eels and swimming lures. The “night bite” has been hot for some of the guys. But again, not as many guys putting the time in so not as many people giving us the info. Just had a fisherman in yesterday that fishes Maine coast and he says they have been getting some big fish. so you know they will have to come by us soon!

Had a fisherman in from the river the other day. He fished low tide and came in to report that he caught 45 inches of bass! That being said, his next sentence was…”ya, three fish that were 15″ each!” But, he still has fun!

We have had some nice weather the last few days and the fall run has just started so let’s hope it’s a good one this year!