Terry Murphy was in late this afternoon with his catch from the weekend. Pictured here is his 17-4 that he caught Saturday late morning on the incoming tide. And the little “keeper” weighed in just under 8 lbs. He caught that one just before packing up today at the top of the high tide. Both fish were caught on “non seagull eaten” worms! (Sorry Terry, couldn’t resist!) Terry was also kind enough to give us a report on what he saw. Again, we heard of some fishermen, one in particular that got 8 keepers over the weekend, and then the guy who got nothing. Just think, next weekend is already one day closer! As usual, it sounds like all you drive-ons had a wonderful first weekend. Catching fish, not catching fish, soaking up the sunshine, and finally taking time to remember those loved ones that aren’t here this year, (Johnny Zaia and Jack Mitchell we were thinking of you this weekend). See you next weekend! 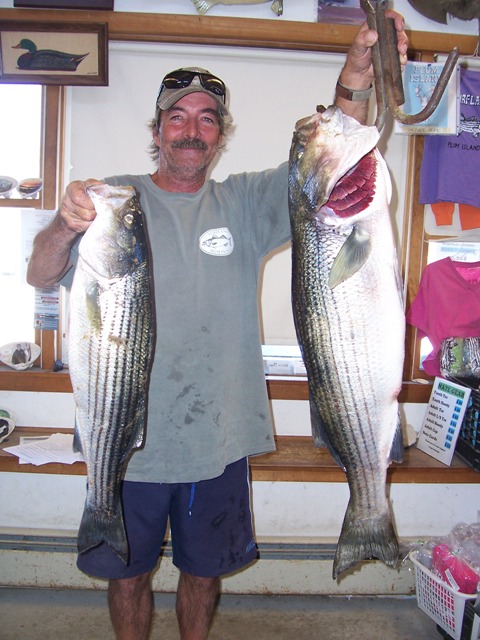 Also going to leave you with this photo of a part of one of the many sea creatures that turn up this time of year. I have noticed some jellyfish on the beach lately and they would bring these guys in to feed. Mola Mola, The ocean sunfish. You will probably see a few of these fins over the next few weeks. Thanks Peter for the nice photo. 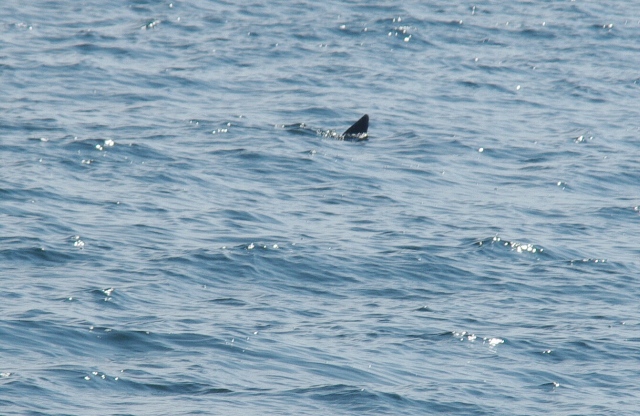