Due to the heavy surf expected from Hurricane Earl, Parker River National Wildlife Refuge management has made these determinations in the interest of safety:

-As of immediately, no travel is currently allowed south of the Hell Cat Interpretive Trail on the refuge road (the road is gated where the paved road ends).

-At some point in the afternoon on Friday, 9/3/10, the refuge will be cleared of visitors and closed.

Refuge management will evaluate the beach tomorrow morning and make a decision about reopening.  Updates will be posted here.

But what is it about High Sandy?

Yesterday and today were days of big blues. In 30-40 feet of water off High Sandy dune on the reservation there was plenty of bait at sunrise, judging from the big red clouds on the chartplotter. Small numbers of blues were active early, but really woke up around 7:30 am. Scads of bluefish schools were cruising between the bottom and mid-water. Trolling was the ticket. Big and small deep swimmers were grabbing plenty of action. Our boat had triple-doubles, where both anglers hooked up together three times in a row. The fish were mostly large, I’d say 28-32″ and angry. Only once did the pack come to the topwater, chasing one blue that was being hauled up from down below. A quick toss of a Ranger got their attention and the topwater frenzy was intense, with one fish after another crashed the surface trying to eat the lure. There were at least a half dozen lined up to get it, and one finally succeeded just 5 feet from the boat.

A few more boats ended up in the vicinity and they too were rewarded with fish. Where the mouth of the Merrimack gave up virtually nothing, High Sandy delivered in spades.

David Roberts with a hefty blue. 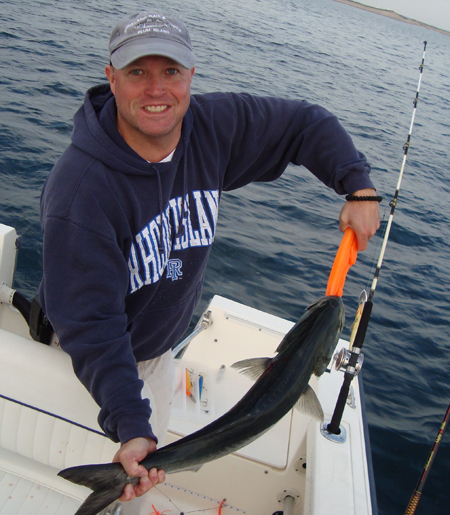 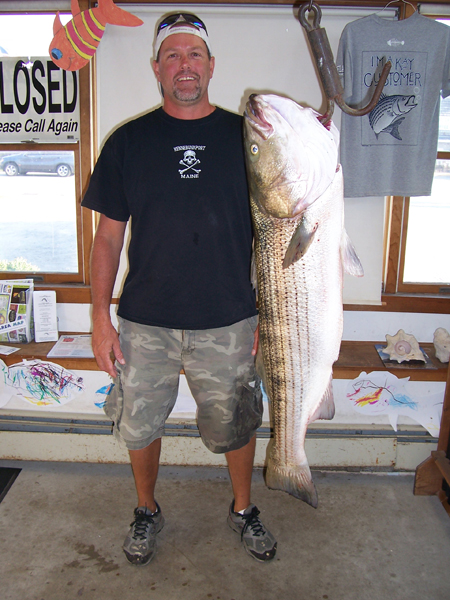 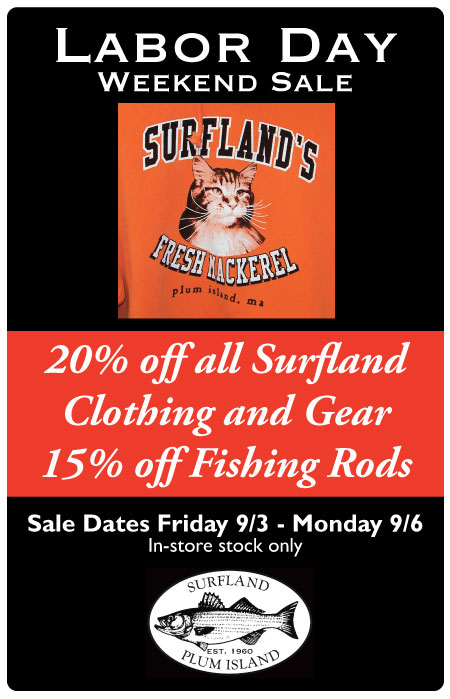 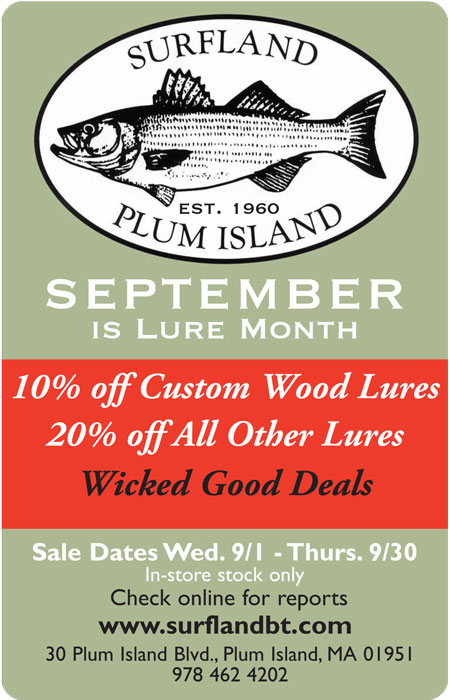