It was a weekend for Blues. Blues, blues everywhere, well, at least in 30-50 feet of water and mostly down at the bottom. They were also, for some reason, concentrated in an area from about Plum Island Center to Lot 3 on the reservation, from 200 yards to 1/2 mile from the beach. You can call me a spot burner if you want, but it’s not just us. Check out what RiverHorse wrote me today:

“Aaron and I were out yesterday and found behind the island completely dead. We went out front and saw 30 boats trolling around from parking lot 1 to High Sandy. After several lure changes, we got into some big blues trolling in about 40 feet of water. The lure of choice was the silver/black over a white belly X-Rap deep diver that gets down to about 30 feet. Tried moving down the island toward the PC, but not a sniff.

BTW, I have never seen so many idiots trolling in so many directions, I guess I should expect it by the way people drive around here, but only 4 or 5 of us were staying in a relatively straight line parallel with the beach and would keep working in and out of various depths. The balance thought it would be more fun to cut in front of you or drive over your lures. I should expect nothing else given it was a holiday.”

Don LaRuffa also wrote me with this catch and release blue story:

The youngsters were having a ball. Nothing like reeling in a monster nearly as strong as you are to teach a kid to love fishing. Here’s Charlie from Newburyport with a blue from 45′. Released. 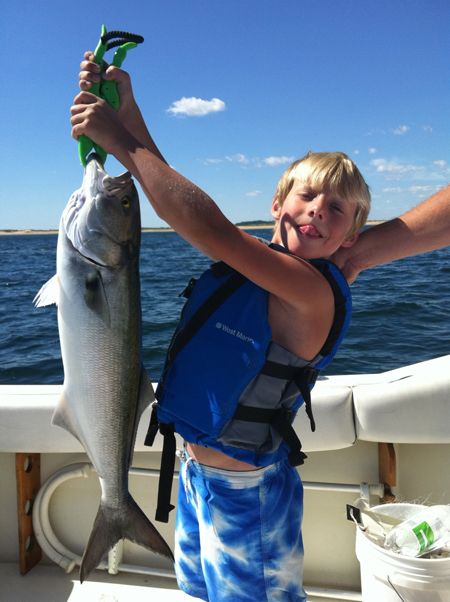 And there was a huge pile of bait right out front of the Plum Island Center beach, south of the jetty. This pile was in about 15 feet of water, and was all bunched up inside the sandbar.  I couldn’t figure out what they were, but my friend Tom managed to jig up one of the baitsters. Look at that, baby Bluefish. No larger fish seemed to be on these little ones, but there were just thousands of these on the depthfinder. This might mean that nightime on the beach would be a good place to fish. Maybe the marauding big Blues and Bass will find this bait and create a feeding frenzy. Here’s Tom’s pic of the munchkins: 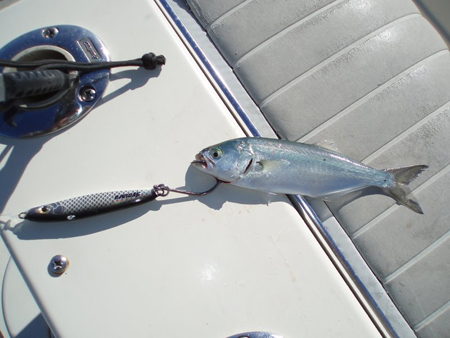 .
Now there were not just blues taken over the weekend, here are a couple of big bass too:

Michael Ludlow of Weymouth MA. Off the surf in Marblehead with a live eel. 37-10 lbs. 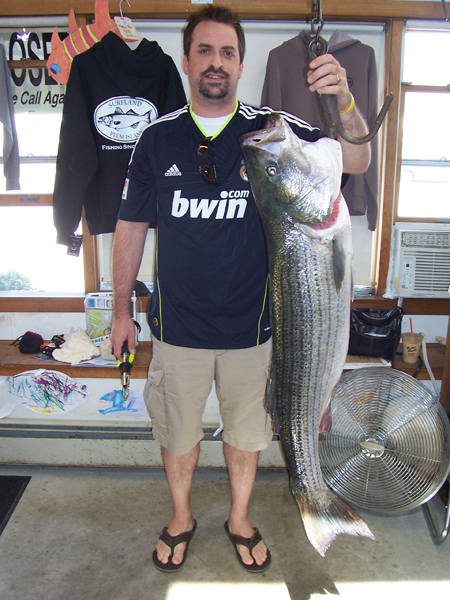 Newburyport, MA. Off the oceanfront surf fishing down the refuge using worms. 26.4 lbs. 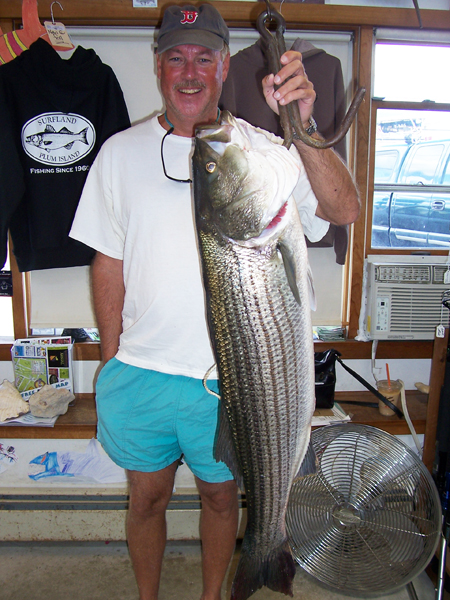 Finally, a new product from the Surfland Clothing collection. And I think this may be my favorite to date, the heavyweight hoody. Here is Billy modeling one for you. Just in time for fall and winter. 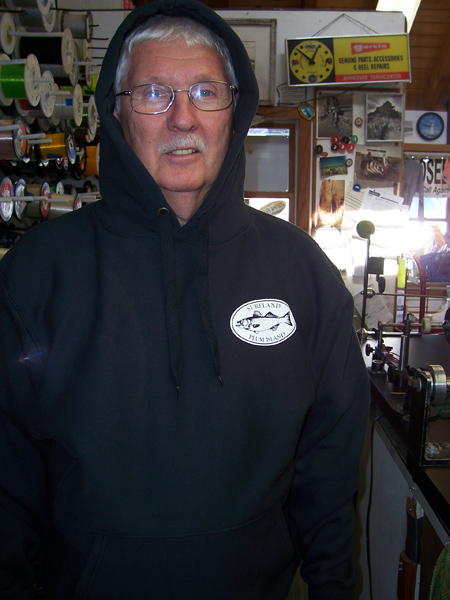 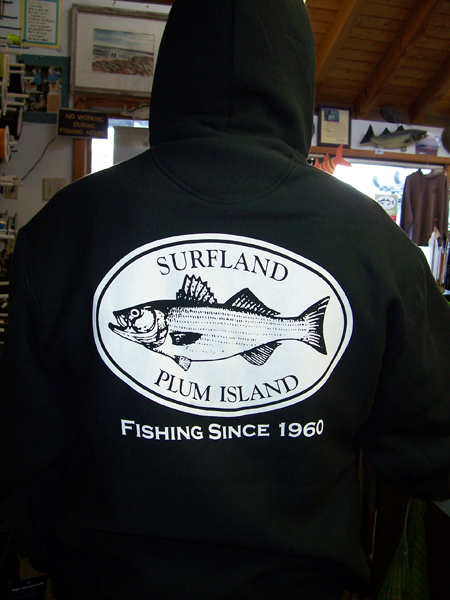