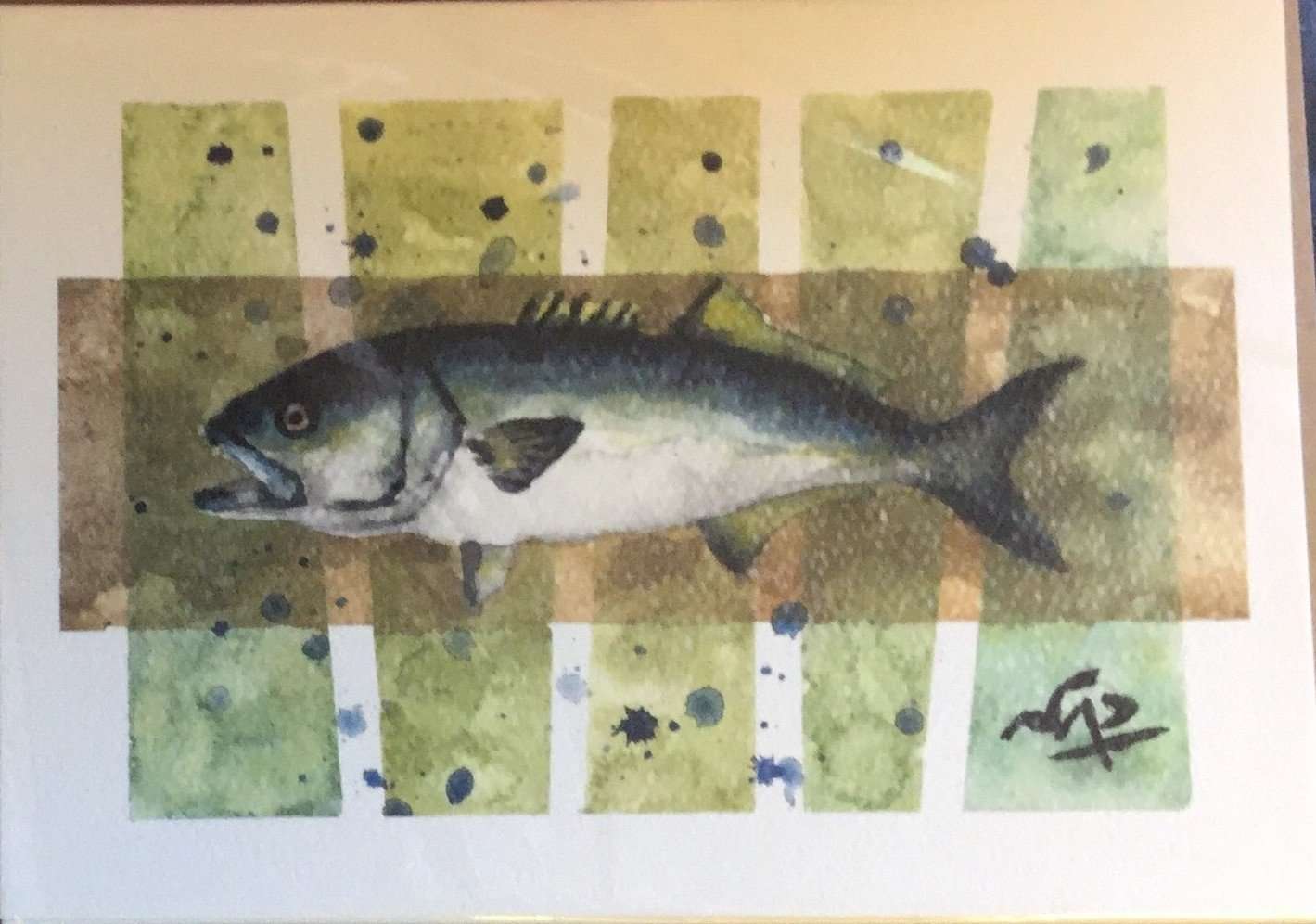 Where are the bluefish that we used to get in September???? They were here yesterday! Had some customers in the shop that had been out with Scott Maguire (Summer Job Charters) and they ran into bluefish out along the front beaches of Plum Island and Ipswich. Also one of our vacationers that come every year caught some from the beachfront out near Blue Inn (the old Walton’s). Plum Island Sound also had big blues yesterday morning. A large school of pogies was spotted just outside the Essex River with big blues on them. This was right at the top of the tide. With any luck they will stay around for a bit!

And since there are some bluefish around the mackerel have become scarce. But don’t worry, we have a good supply of nice frozen tinkers and larger mackerel!

Stripers…….well we seem to have a lot of those little schoolies around again like we did in the spring. This is all an encouraging sign for sure. Surfcaster John Liss, a Plum Island resident, has been fishing this week and doing well wherever he goes! He caught dozens of schoolies on the Salisbury side of the river as well as the oceanfront on the Island. Most fish were between 20 and 26 inches. The mouth of the Merrimac is also producing many fish, especially around the Captain’s Party Boat area. Again although no slobs reported, it is exciting to see so many little fish, the next generation!  Jimmy from Lowell landed at least 20 fish at daybreak. From the boat, we have been told there are a lot of schoolies around the ice breaker. And there is a lot of stuff going on in the Plum Island Sound, the Parker River & Ipswich area. Lots of fish on the drop of the tide from the Rowley, Parker, and Essex Rivers. The rips at sandy point are producing from shore and boat.The lure of choice has been small Bass Assassins, Elite Shiners, Cocahoe Minnows, and other small bodied soft plastics.

With the weekend approaching, the buggy guys will be back to try their luck on the front beach of the PRWR. The weed hampered some last weekend, but as far as we have been told, that has moved out and the beginning part of the weekend looks good as far as weather so let’s see if some bigger fished have moved in!

Here are a few new items that have arrived in the store……..

This just in….NEW Rapala Subwalk lures. These are beautiful little sub-surface, walk-the-dog style lures. They are redesigned this year with new colors and include the new VMC inline single hooks.

Also new in the shop is this stunning Avet MXL in orange. The reel weighs 18 ounces and holds 360 yards of 20 pound mono. The Avets are durable lever drag reels made right here in the USA. This is a hard to find color. You have to see it in person!

Billy called this am from Cali. We talked with him for a bit, he wanted some new Surfland clothing!!! Good ol’ Billy supporting us all the way in California. We MISS HIM! He said to give a “SHOUT OUT” to all of you guys and he asked about everyone! He is enjoying his new life with his son and his family and getting to spend loads of time with his grandson, his namesake Billy! 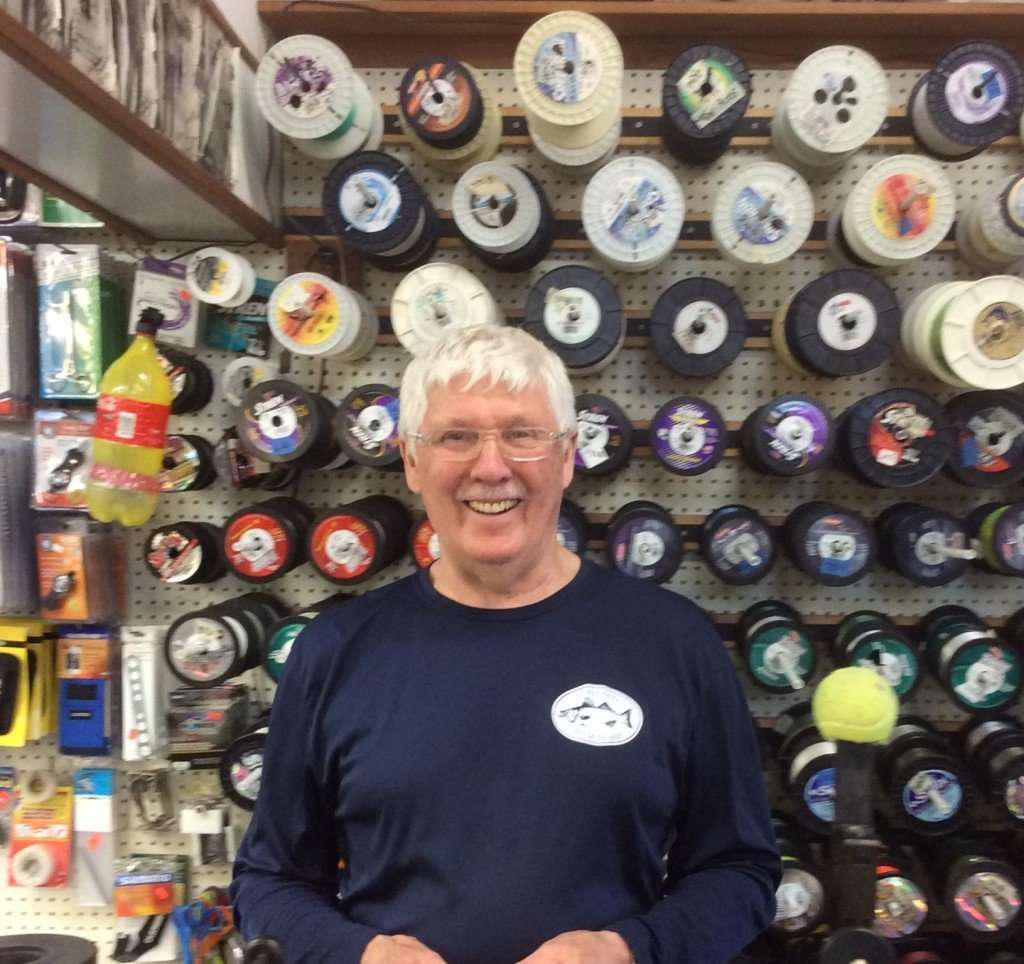 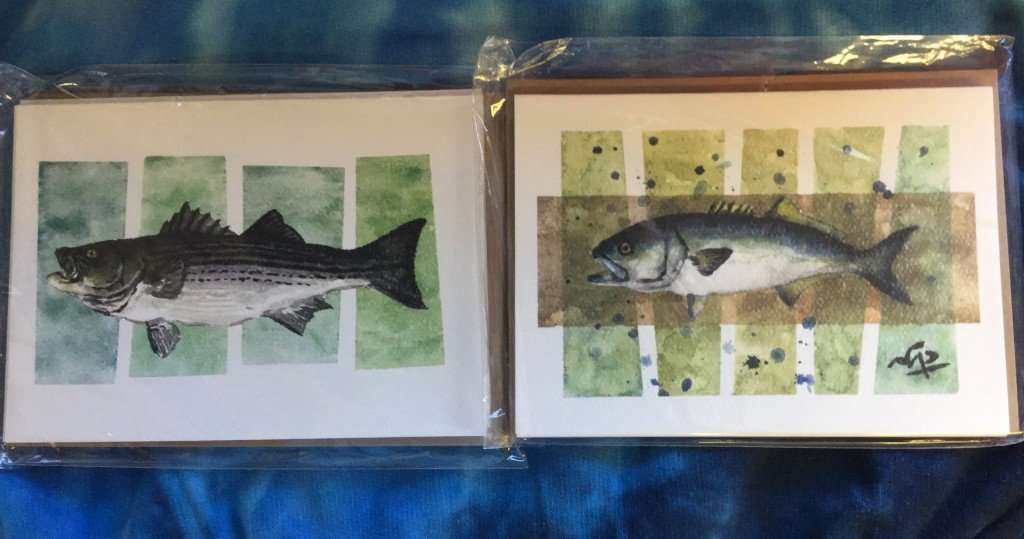 ***Featured image is the new bluefish artwork by Nate! He also did us a new striper one along with a few others we have in stock at the shop. We sell his matted prints and these notes cards. Remember that half of the proceeds from the sale of his goods goes to his fund and helps pay for rehab and other stuff that helps to improve his quality of life. If I haven’t thanked you, our customers lately, THANK YOU! What a supportive bunch you all are! With gratitude, Team Surfland.