Posted at 09:06h in Uncategorized by Stickman 0 Comments
0 Likes 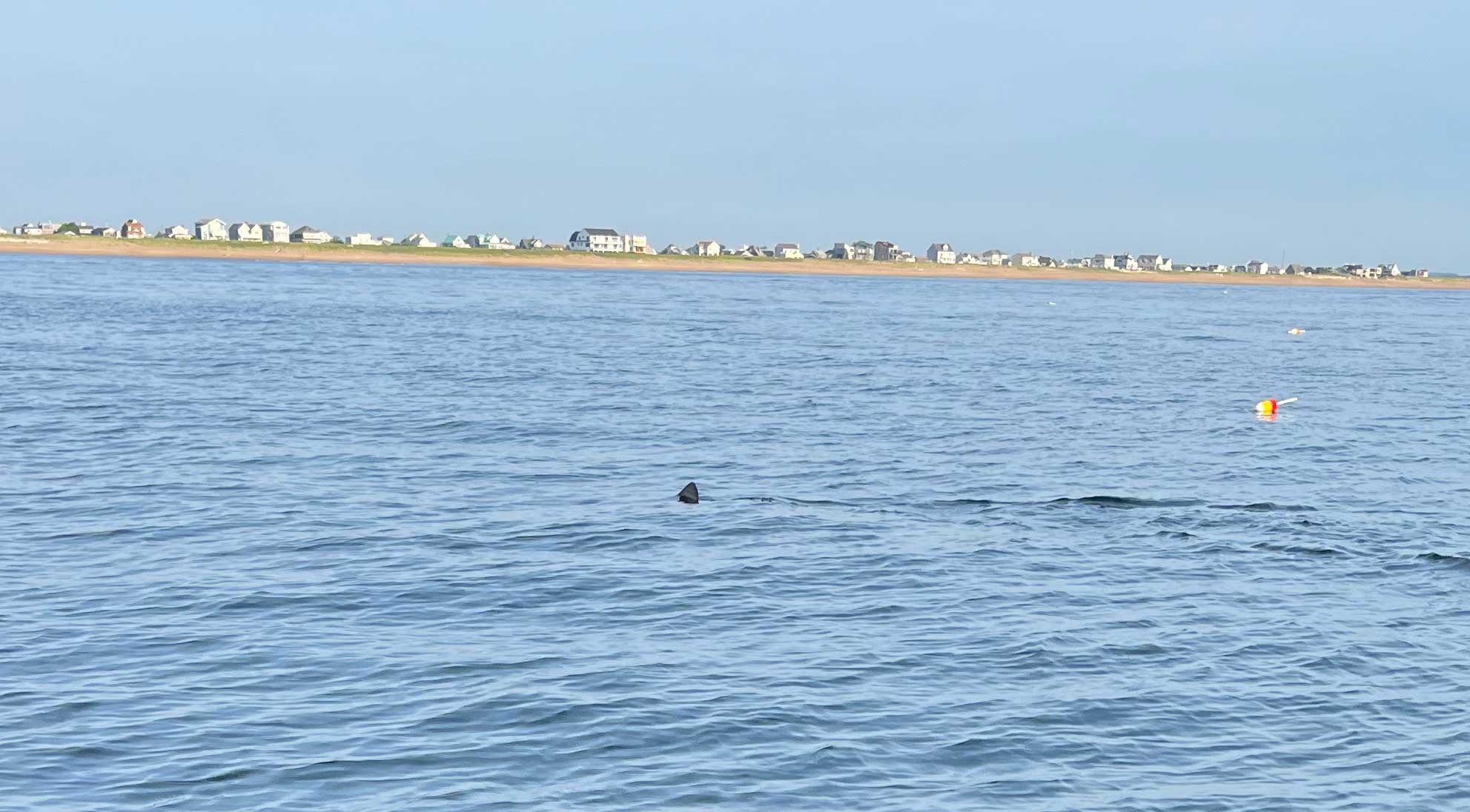 Yes, yes, yes. We all take shark sightings up here with a grain of salt. Probably a Mola Mola, the Giant Sunfish with the monster dorsal fin sticking out of the surface. But here, with great clarity, is a real, qualified, Great White sighting with Plum Island in the background!

David Buxbaum wrote us Sunday with these videos and photos. I, for one, was dubious about the pictures. Over the years I’ve seen a few Basking Sharks here, and they look hella’ scary and big. But those sharks only eat plankton, not seals or swimmers. But David wrote:

“Liz – Hugh and I headed out to pull our gear this am. Turned south out of the mouth of the river and saw a large dorsal fin about a half mile, maybe less from shore and about a 1/2 mile or so south of mouth. We were probably in the area of 50th street initially. Hugh was able to take some video alongside of it but we couldn’t get a good look at it initially with the angle of the sun. After about 20 mins or so of tracking it – we’d get close and it would disapppear then pop up a short distance away moments later – I got this video when we were able to pull slowly up to it off the bow. Pardon my language here – I was a bit startled when I saw what it was, and how big it was! I am pretty sure this is a great white. It was at least 12’ long, probably more, and had a huge girth. For reference my boat is a Mako 214.”

A smart guy, David sent these pics to the Massachusetts Shark Conservancy to see if they agreed the fish was indeed a Great White. And the Conservancy wrote back:

“Hi David,
Thanks for sending in your sighting. As you suspected, that is a white shark. Can you estimate how big you thought it was? Also, would it be ok to share your video with credit to you, so we can make people aware that white sharks occur on the North Shore and not just the Cape?

So, it’s real. We have a great kickoff to Shark Week right here on Plum Island. 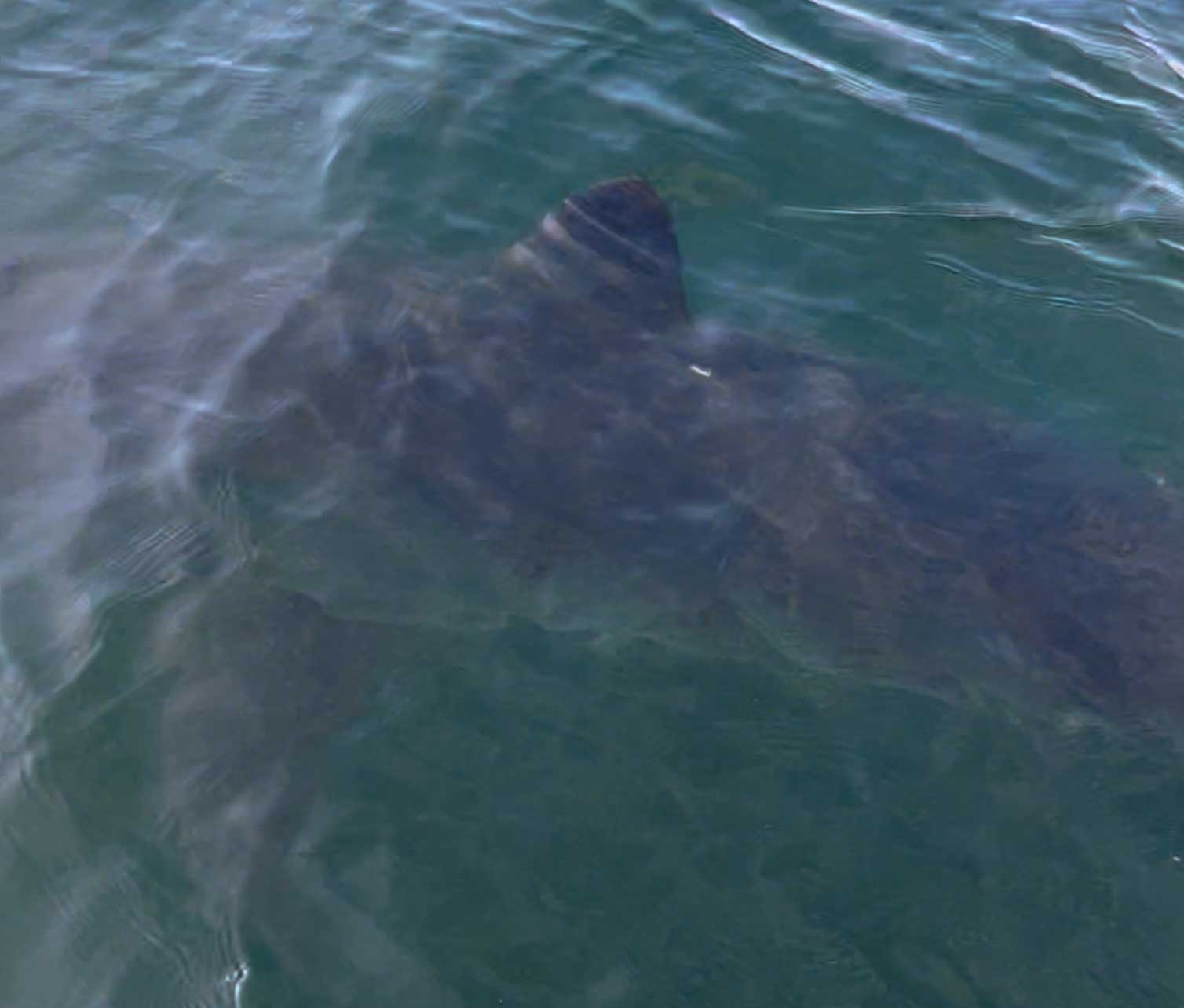 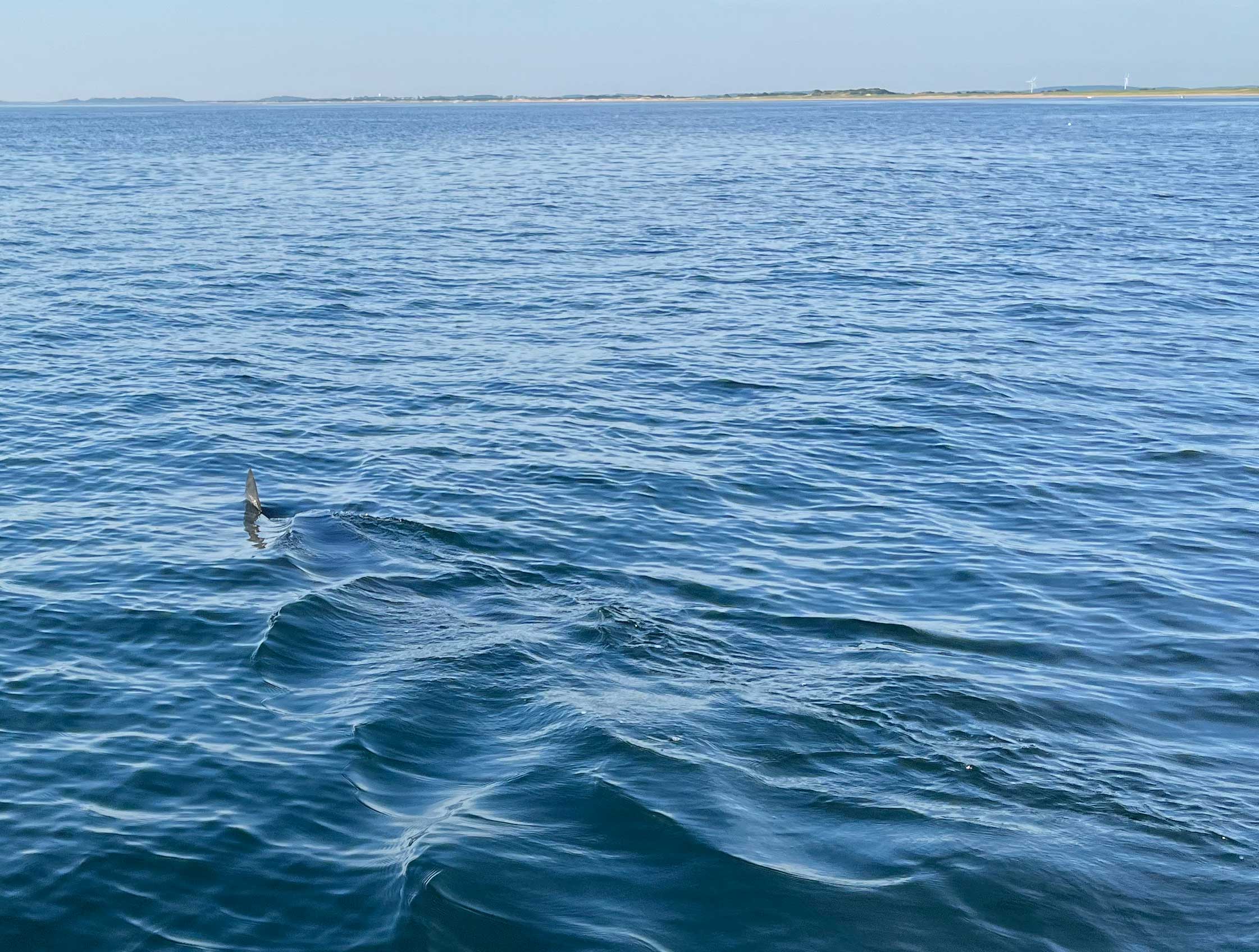