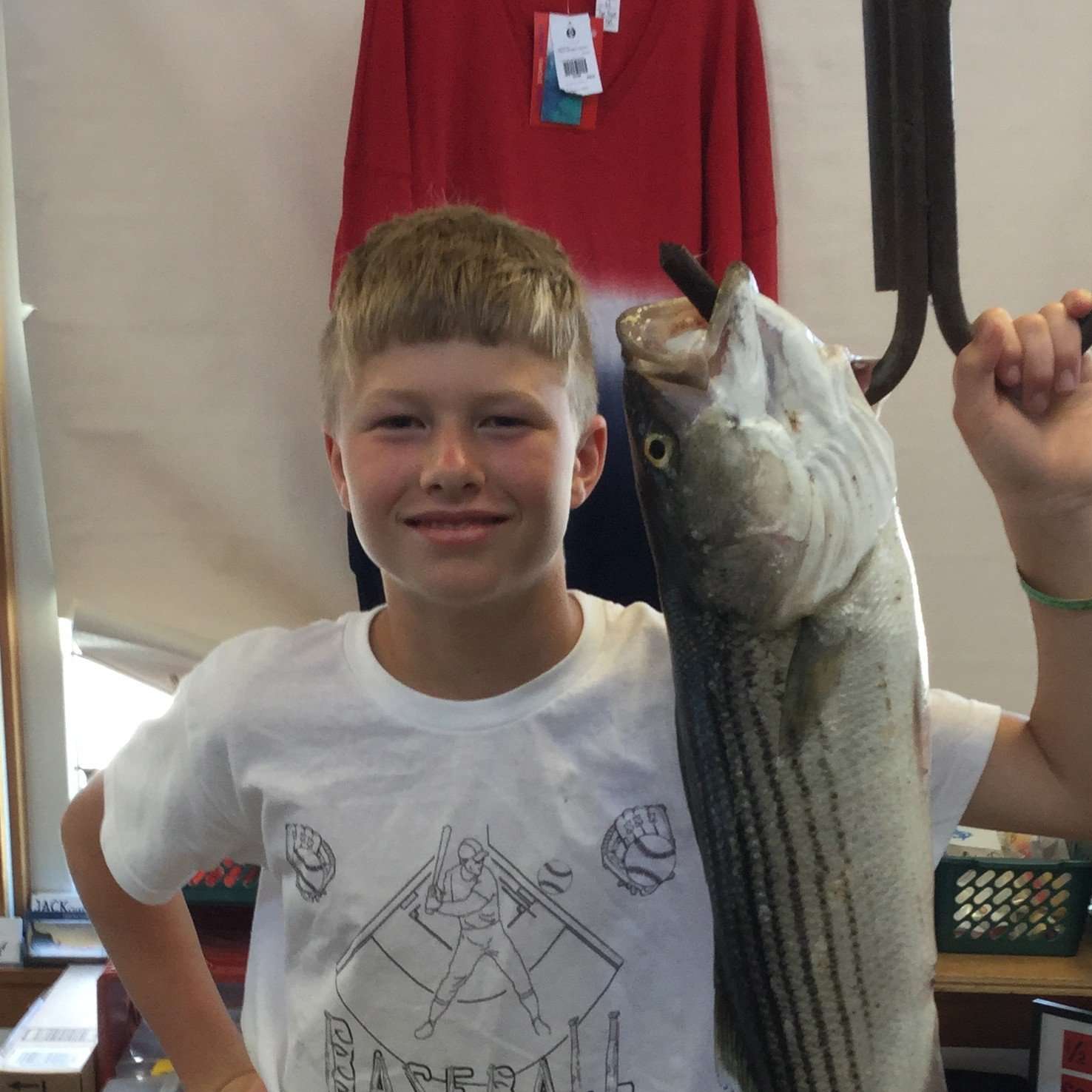 Over the last few days we have had weighed in a few fish. Will share the pictures here in a post of shop weigh ins.

On June 28th Ryan Domit from Westford MA brought in this 26-10 pounder (43″) that he caught just outside the mouth trolling a swimming lure. He was fishing the bottom of the tide and was heading into the mouth of the river. 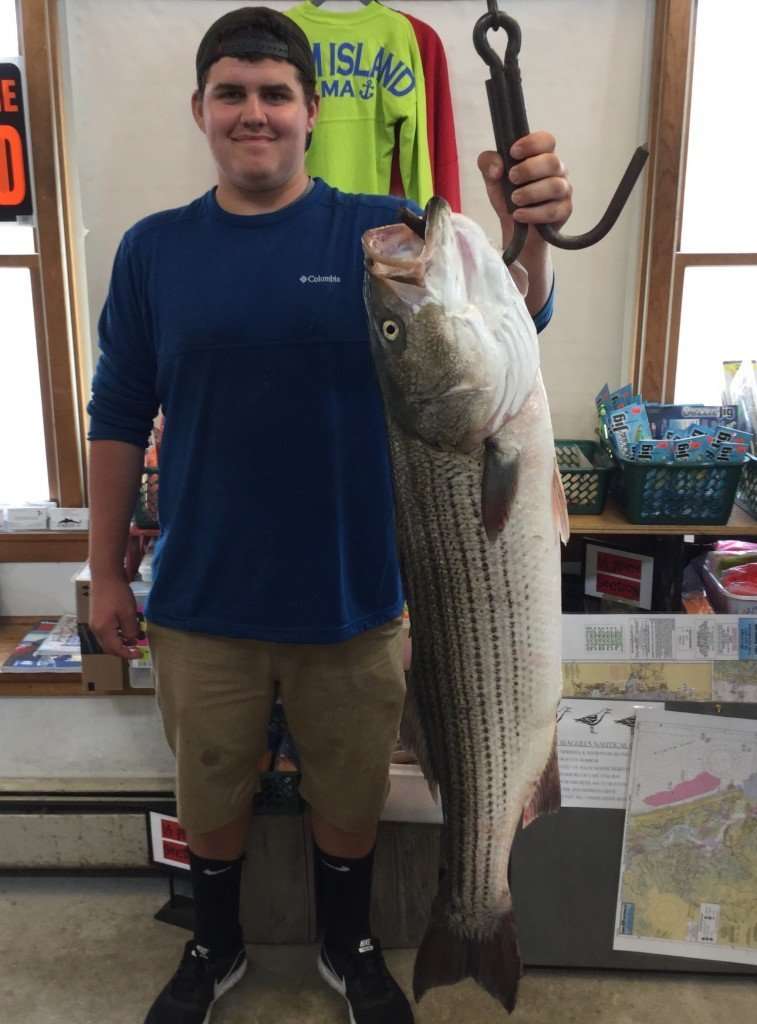 Then on June 29th we had Andrew Rowley from Concord NH come weigh his 7-15 pounder that he caught from the surf on mackerel. 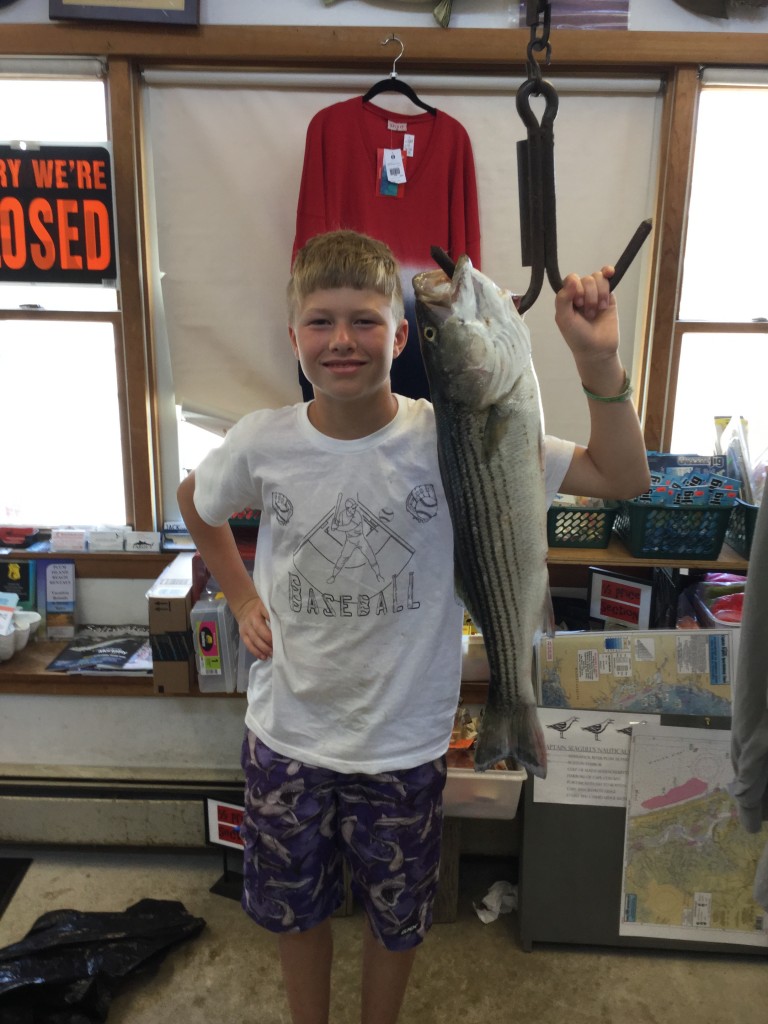 And on June 30th we had Aidan + Isabella from Dracut MA bring in this 16-7 punder that Aidan caught from the surf on chunk mackerel. 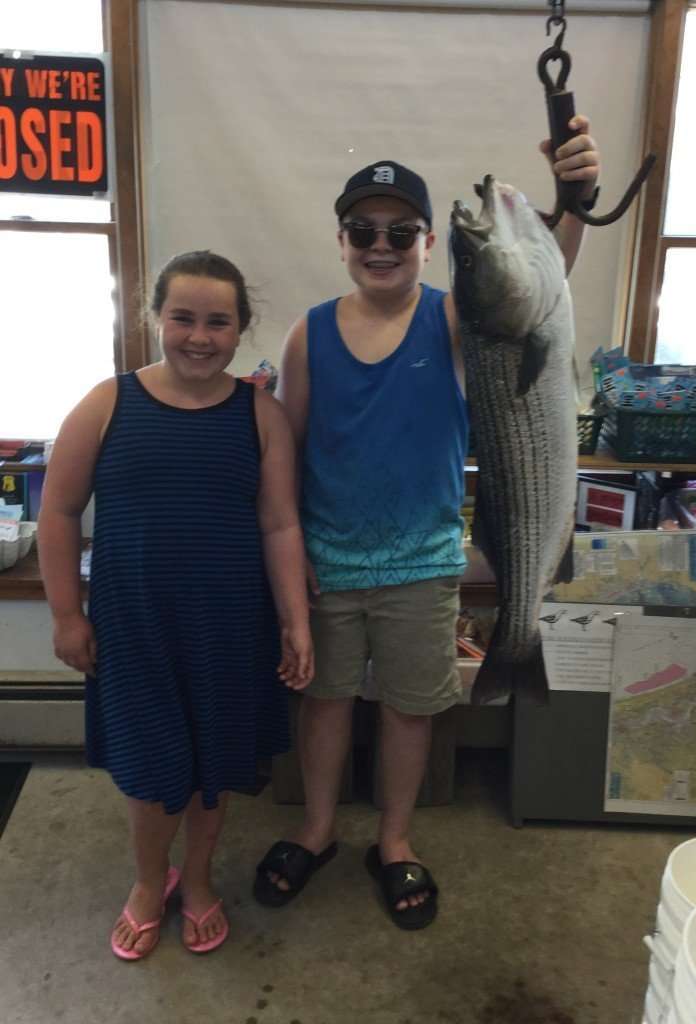 On July 2nd John Holt from Georgetown caught this 18-4 pound striper along the oceanfront using clams . Looks like this fish was almost breakfast for a seal in his earlier days. What a wound. 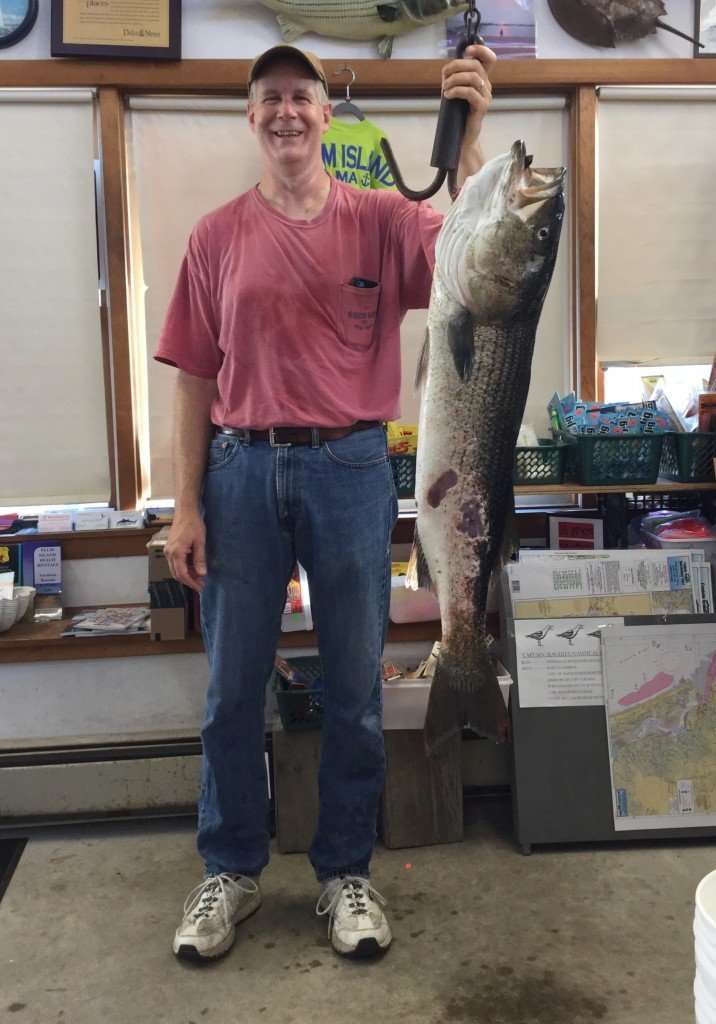 July 2nd was a big day for the fishermen. After John we had Dave Caron from Waltham come in and weigh in the fish he caught. Dave caught this 16-12 pounder using a large white sluggo from the surf during the incoming tide.

What a day for getting the fish for the bbq’s for the 4th! Not long after Dave’s fish, we had John Healy from Melrose come in with this 27-8 (42″) fish that he caught from the surf using an SP Minnow. (that dam lure!).

And to finish the day, Steve LeBlanc from Groveland came into the shop with this 13-9 pounder that he caught on a piece of chunk mackerel from the marsh along the Plum Island River.

Enjoy the stripers on the grill everyone!

Other reports that we are hearing are that Joppa is loaded with good size fish, but getting them to eat is another matter. They like to roll around in the flats and you have to really pester them or show them something they are interested in to get them to bite.

Flounder………….hmmm……….We have a few guys catching a few flounder on the beach. Other than that, not much to report there.

Bluefish………since that one reported on Steve’s post we haven’t heard of any others. Not to say they aren’t here or there, just have been told of any.

Well, stay safe for the fourth and enjoy the holiday!