Stripers still here………..where are you?

Plenty of fish still in the area. Fall run is upon us. The guys that are still out are doing well. Like, Matt Senecal from Marlborough, MA. His family have a small cottage next to Kay’s home and Matt and other members of his family love to fish the oceanfront near the shop, just over the dunes from their cottage. On Monday, Matt fished the beachfront near the shop and caught this nice striper on clams. It weighed in at 11 lbs, but had already been gutted. 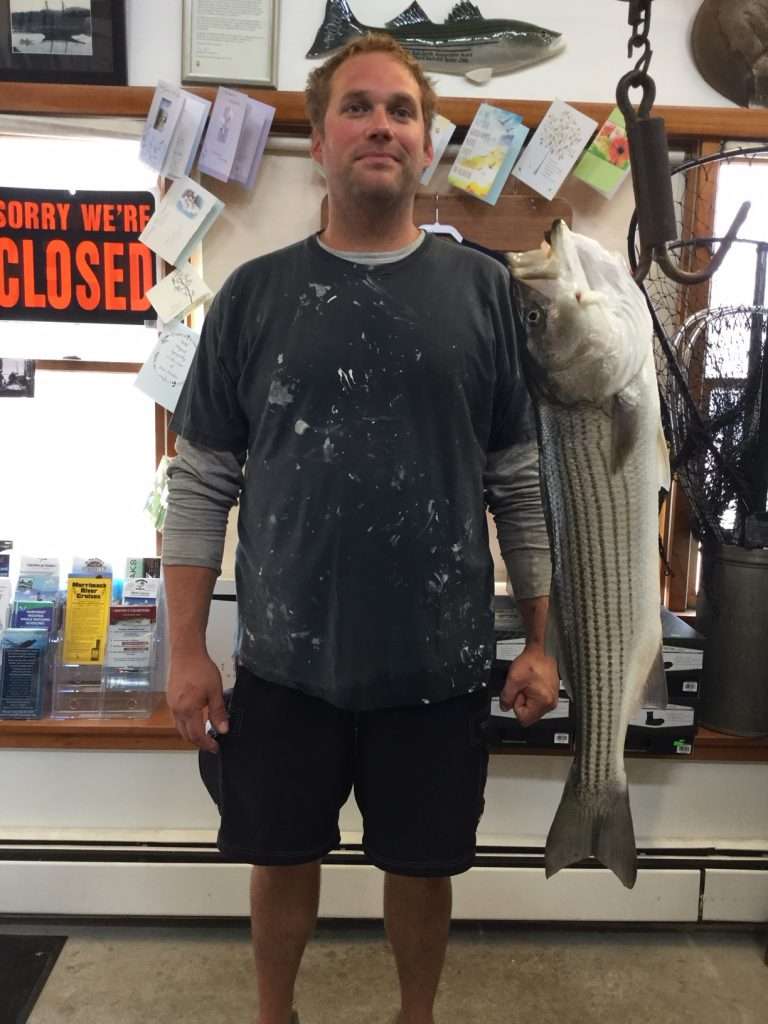 We also have had past Surfland employee Tom Barnes in a few times over the last week. He was one of the lucky ones to get his drive on permit. He came in yesterday afternoon to let us know that there are tons of schoolies along the oceanfront. He used worms and couldn’t keep his line in the water they were hitting the bait so fast. They were little, but fun to catch he said. They ranged in size from about 12″-18″ and the only reason he stopped was because he ran out of worms!

Also, received this picture from Dustin Leblanc back in September. Sorry forgot to post, but like the caption says lots of fish around and Tom also just confirmed that yesterday. Remember, in past years without a lot of storms we have had people catch stripers out here into November. And with some nice days coming in the not so far future, we suggest you put in some time on the oceanfront! 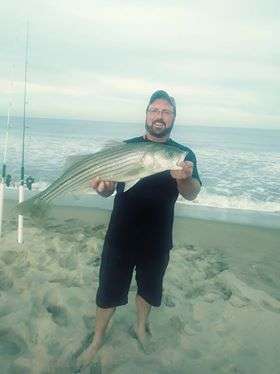