The Kelly Boys have started us off again this season. Ed, the dad, weighed in this 8-8 this am. The boys came early this am from Ringe NH to fish the end of the outgoing tide to through the start of the in coming tide along the oceanfront. They caught 3 fish, this one being the biggest at 29″. The rest were in the mid 20″ range. One of them also had something a bit larger on but lost it close to shore. Bait of choice today was worms and clams. These fish were caught during the turn of the tide from low to incoming.

We had a report from two anglers that fished the mouth of the river for the exact same tides but it produced nothing for them. 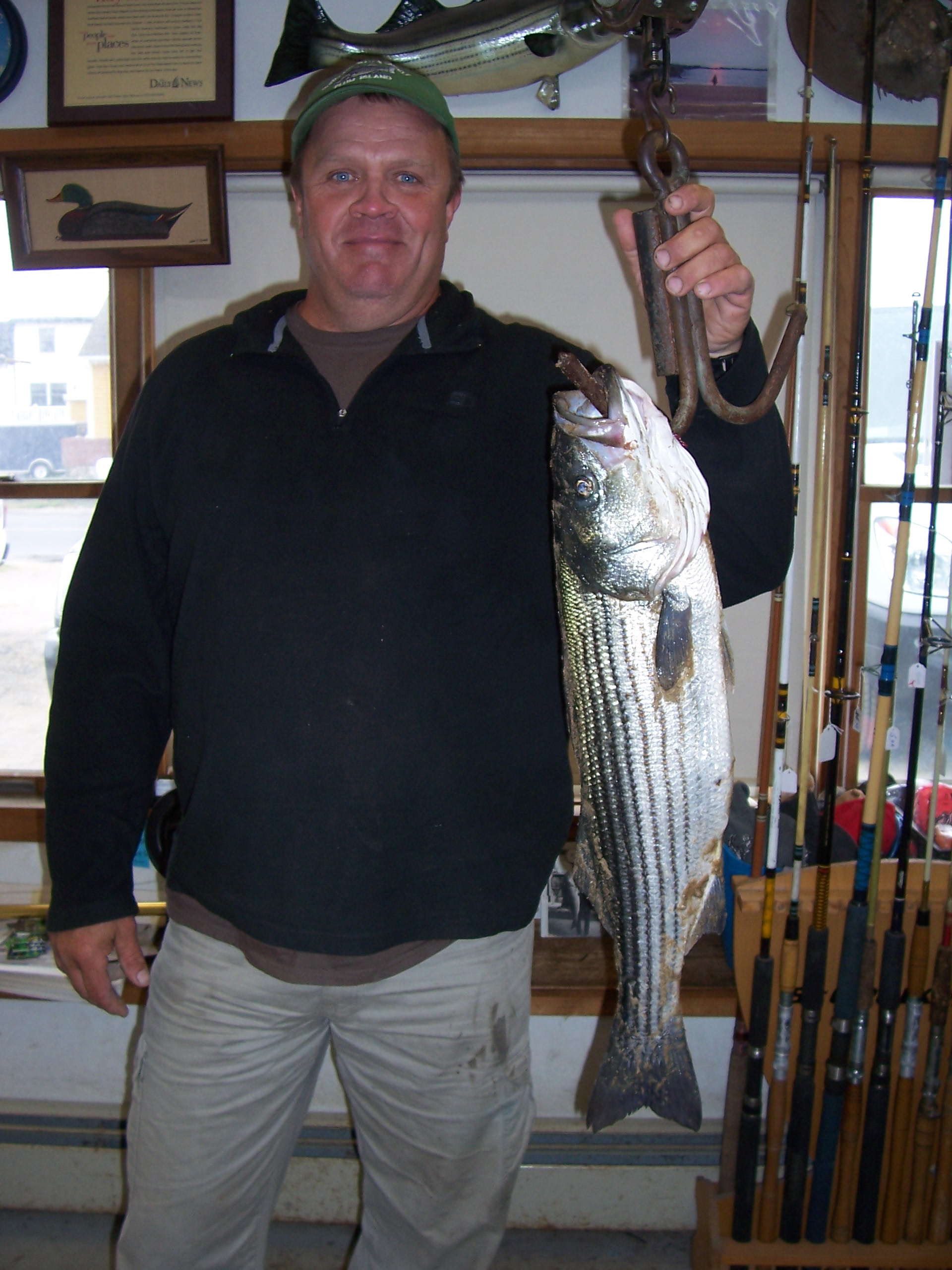 Although we have heard of a few shad being taken at Rock’s Village, one angler today tried for over two hours this am and didn’t hook in to anything. Another group of guys in the store now also reported they got nothing yesterday at RV. But, one other angler reported a few shad further up river yesterday later in the tide. Just to let you know we have been in contact with a few places and have ordered some non lead shad darts so we hope to see those this week. Because remember you can’t use any lead under an ounce in freshwater. Your saltwater license in good up to the Ward Hill in Haverhill, so beyond that you need a freshwater one. Get more info here: