Apologies that there hasn’t been a website post lately from the shop. But, there hasn’t been much to talk about until this past few days. Steve Leblanc went out Wednesday in that awful weather we had.  He fished PL#1 on the Refuge and came back with this 37 pounder caught on a sea worm!   Steve was soaked and reported that the surf and the seaweed  was building and tough to fish the bottom.  Some areas, especially Hampton area are still reporting the seaweed is a nuisance. 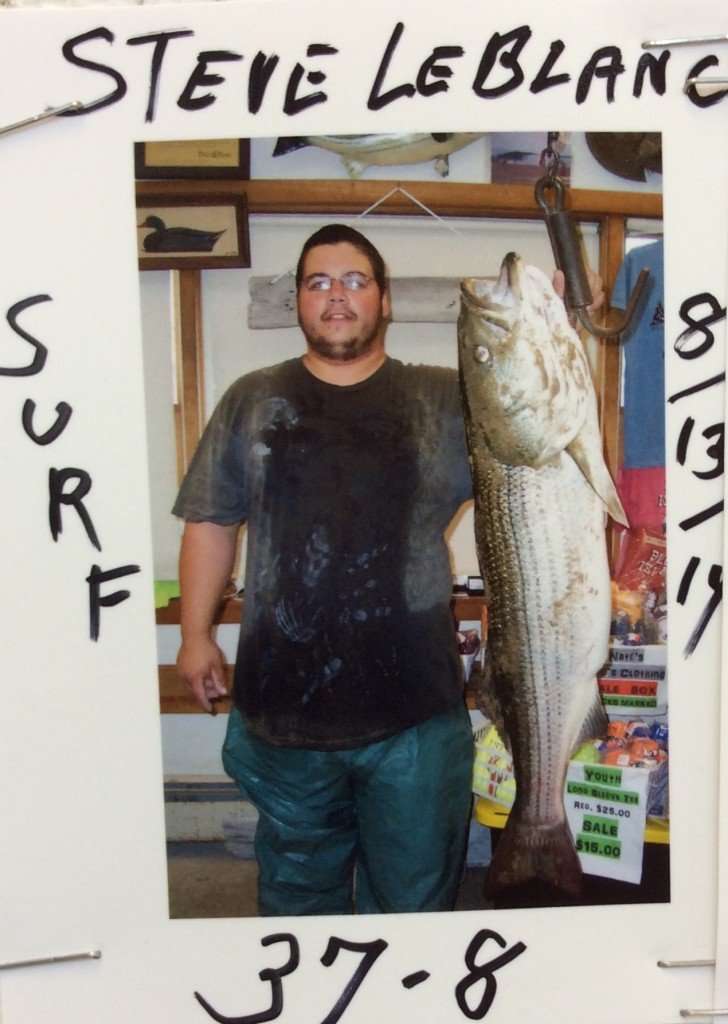 We also  had John from New York visiting the area. He went Thursday to Sandy Point and used clams at dead low to catch this 16 pound striper.  John was definitely dressed to fish the surf! 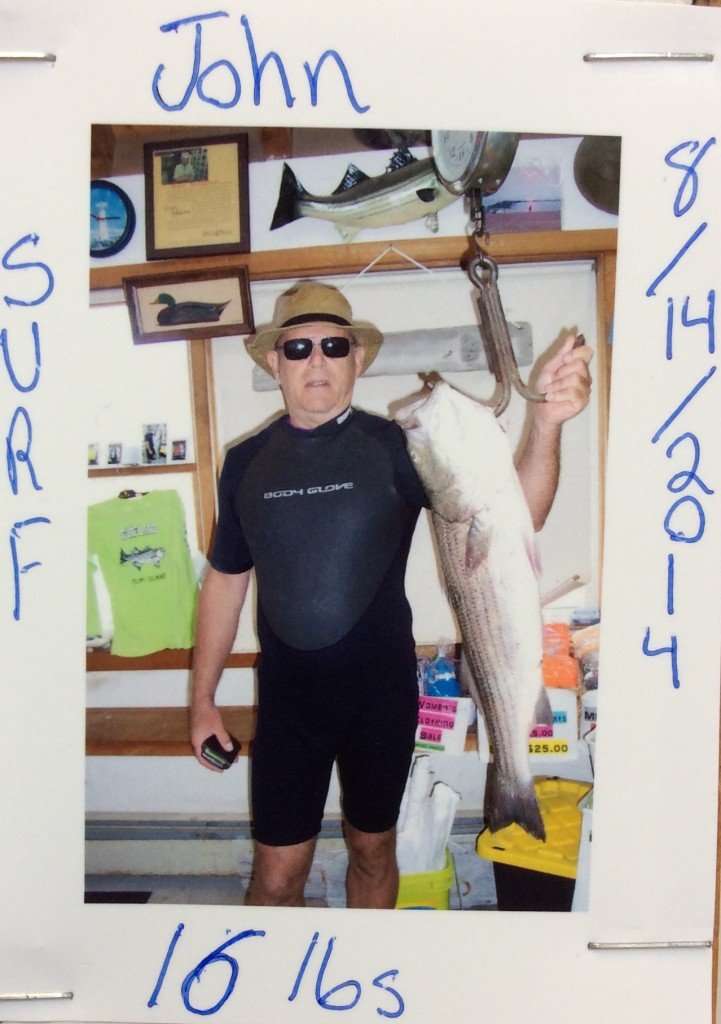 It is Sunday afternoon right now and been a slow weekend for fishing.  There are lots of mackerel being caught though, so that means the occasional bluefish that we were hearing about are probably no longer around.  The boat fisherman are picking a lot of mackerel, but Billy took a walk to the beach yesterday and saw some fishermen catching some big mackerel off the beach using little metal lures.    There were reports of mackerel being caught off the south jetty as well as of a couple of fluke (summer flounder).  That fisherwoman was very happy as both were keeper size!  Good eats!