Posted at 20:39h in Uncategorized by Liz Cowie 0 Comments
0 Likes

This week in fishing:

Lots of fish being seen, but not a lot being caught unless you are in the right spot at the right time!  Also have had reports of two 30″+ BLUEFISH caught by a kayak fisherman on the flats.  Eric Roach had three cut offs up along the New Hampshire coast.  Sturgeon are starting to jump out on Joppa Flats and one reported out in the ocean.  Please remember they are an Endangered Species, and if you snag/catch one, it should be released with the least amount of damage to the fish.  It is prohibited to lift the sturgeon out of the water to take photos, even if you return it safely to the sea.  Tom Costa was plugging the beach this morning and saw what he thought was a very small pilot whale cruising along fairly close to the shore.  A few reports of some short flounder are being reported on the oceanfront.  Mackerel are being caught out at Speckled Apron but we received two reports of people catching them in the mouth of the Merrimack on Saturday afternoon…. go figure!  So here are some pictures of the fisherman who were in the right place at the right time….

10-7 lbs on Mackerel in the Merrimac River 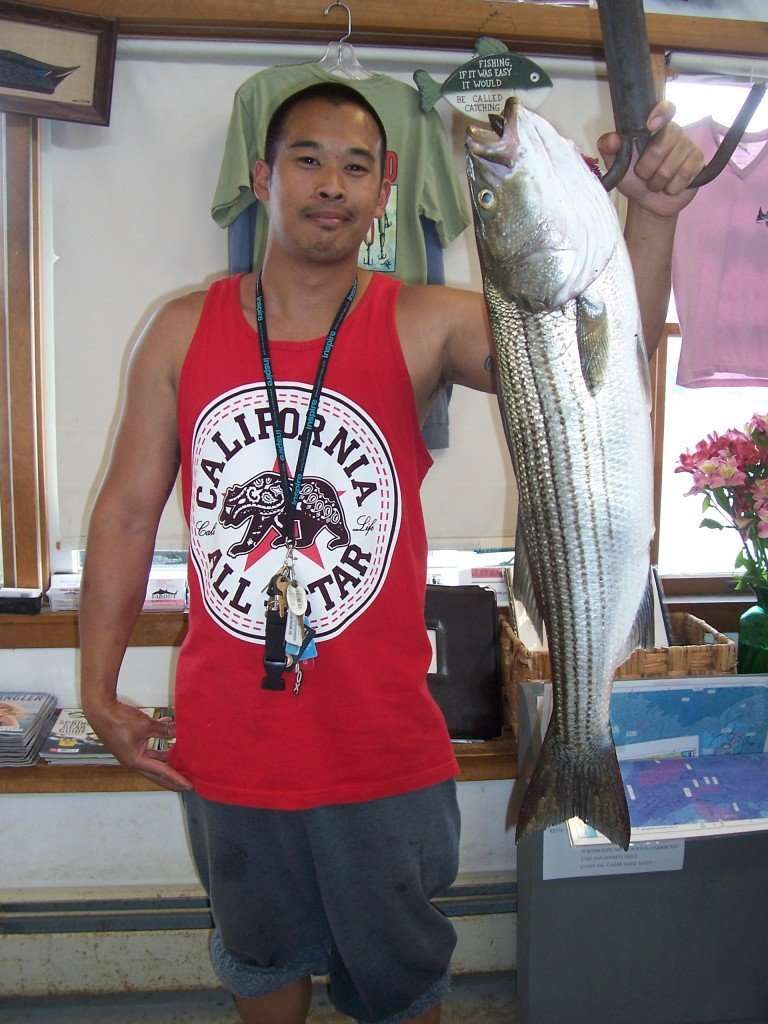 23 lbs. on clams along the oceanfront 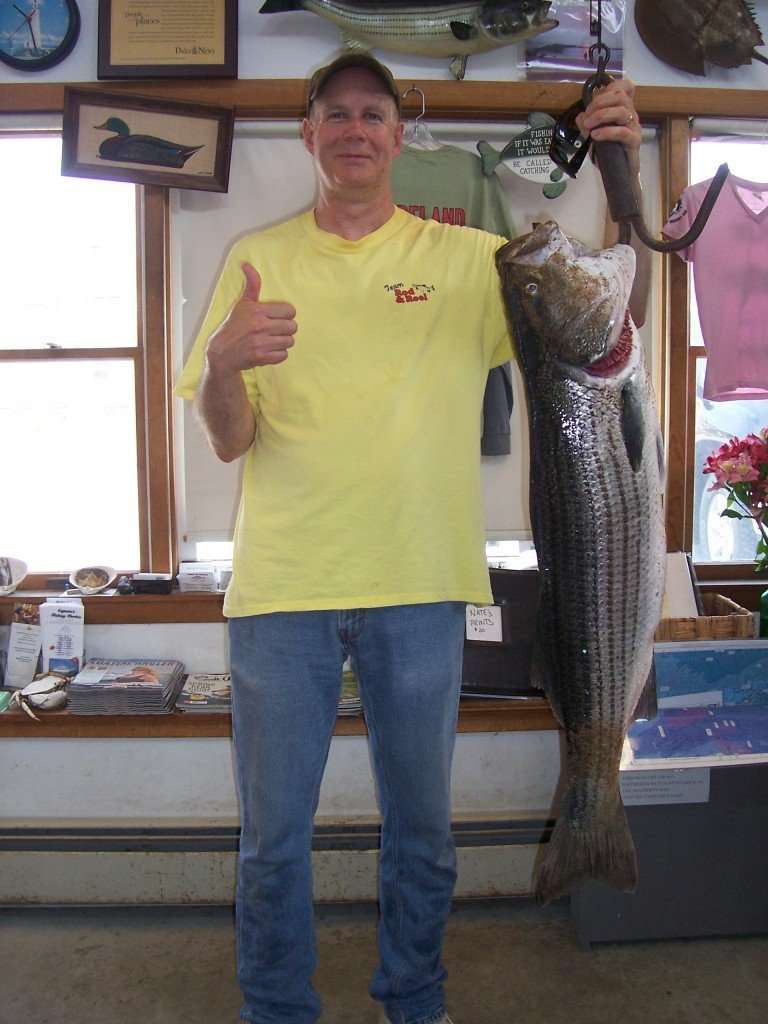 22 lbs on a Mag Darter along the oceanfront 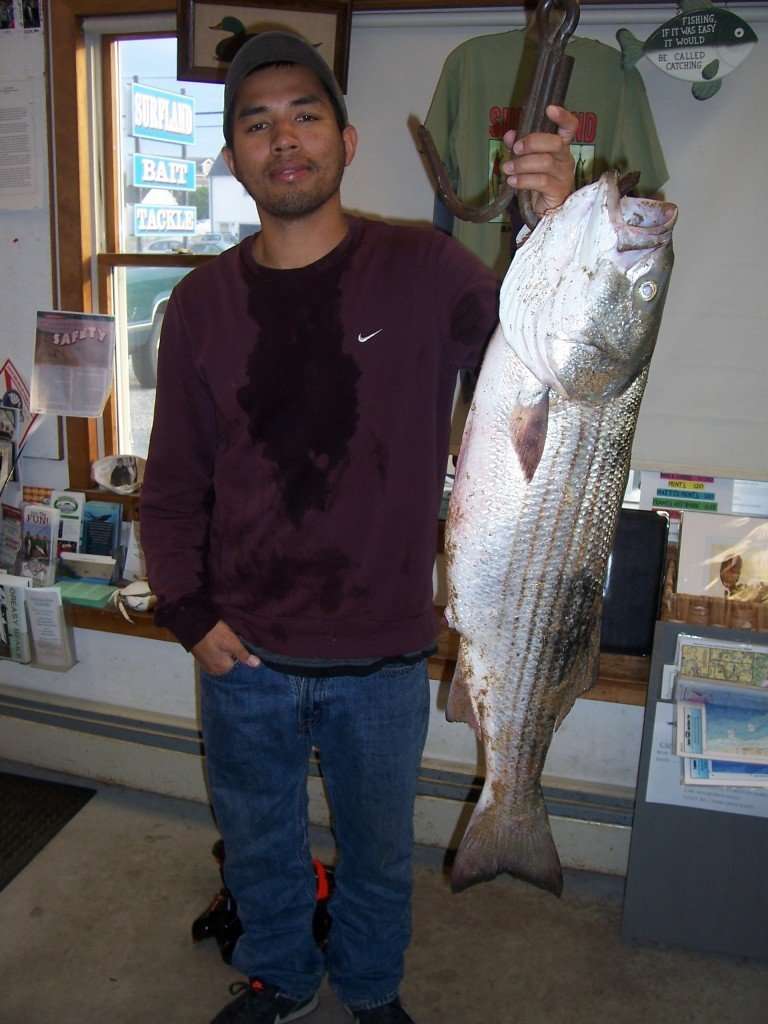 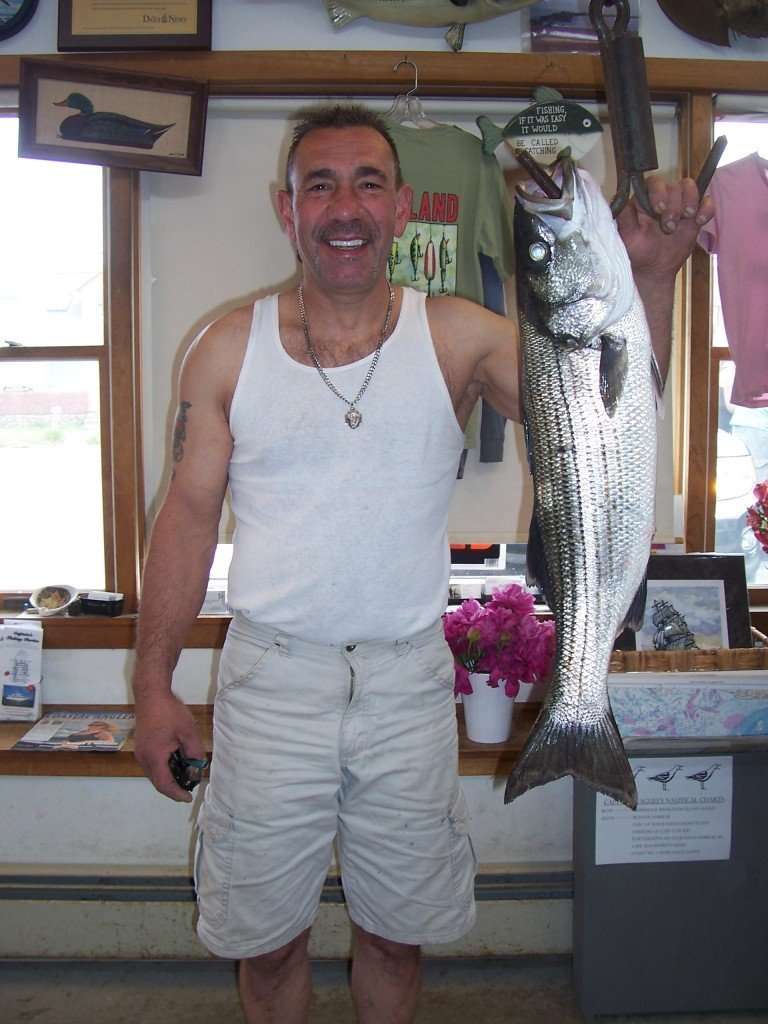