Posted at 10:55h in Uncategorized by Liz Cowie 0 Comments
0 Likes

What a day Sunday was for fishing. Ron Martino from Wakefield was the first one to show up having fished the wee hours of the morning. His 31-1 pounder was caught using chunk mackerel down the southern end of the island at about 6:30am, just about dead low. Ron I hope you got some sleep afterwards! 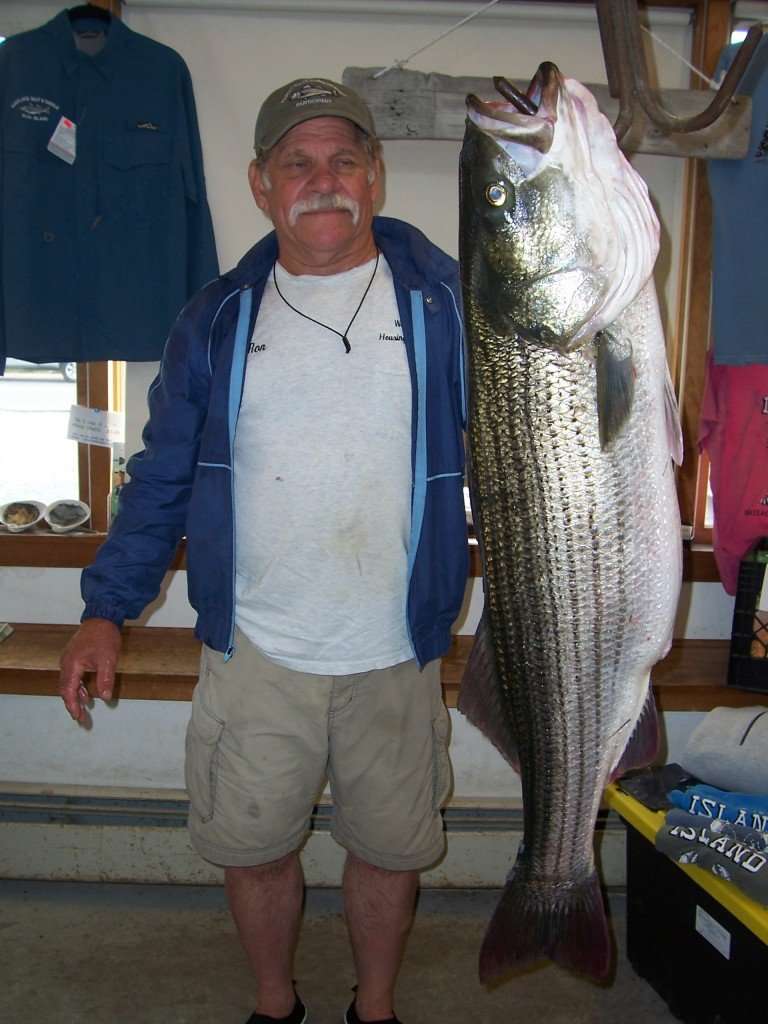 Then a little later Kevin Moore from Newburyport who heads up the Junior division of the Plum Island Surfcasters brought his 17-14 pounder that he also caught from the surf. 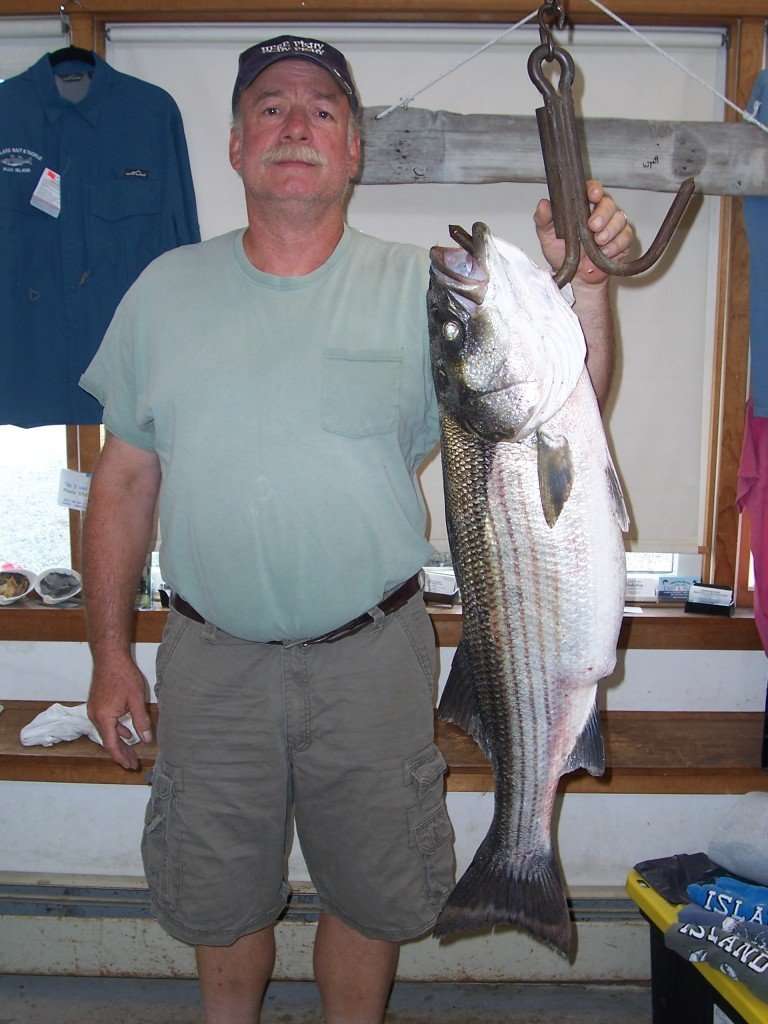 Then we went to the northern part of the island and Hanley Smith from Haverhill came in with his 23-4 pound fish that he caught on clams inside the mouth of the river. 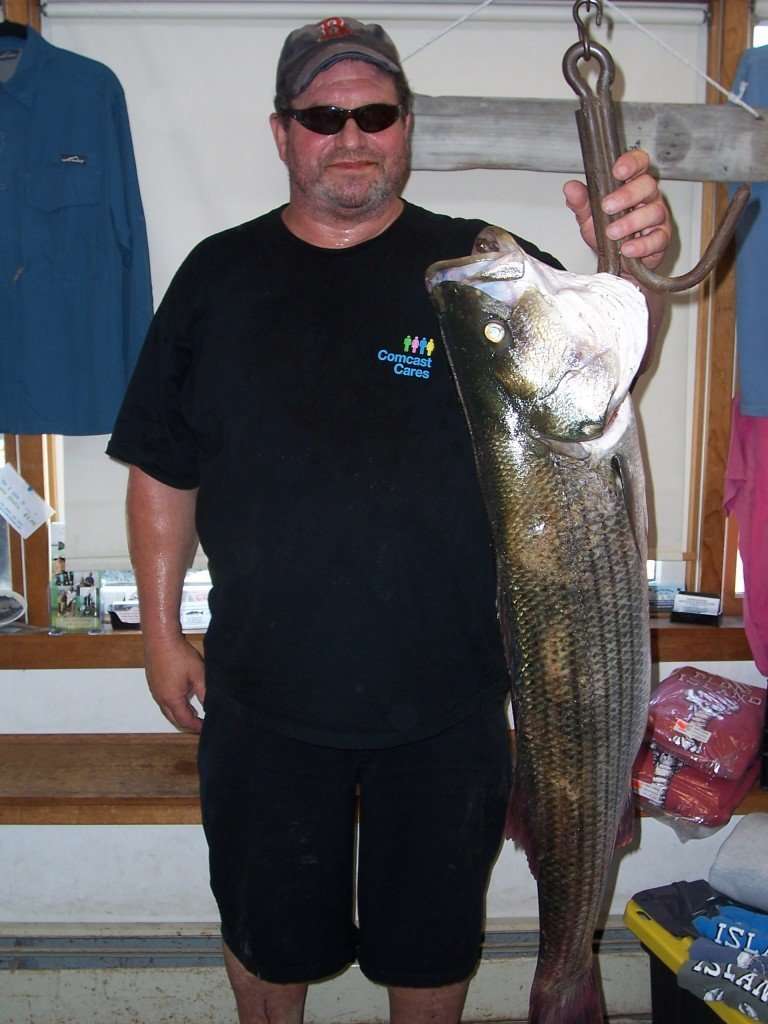 Our first boat fish was caught by Sam Labonte, 10 years old from Hampton came in with this nice 30-14 pounder that he caught night fishing on eels. 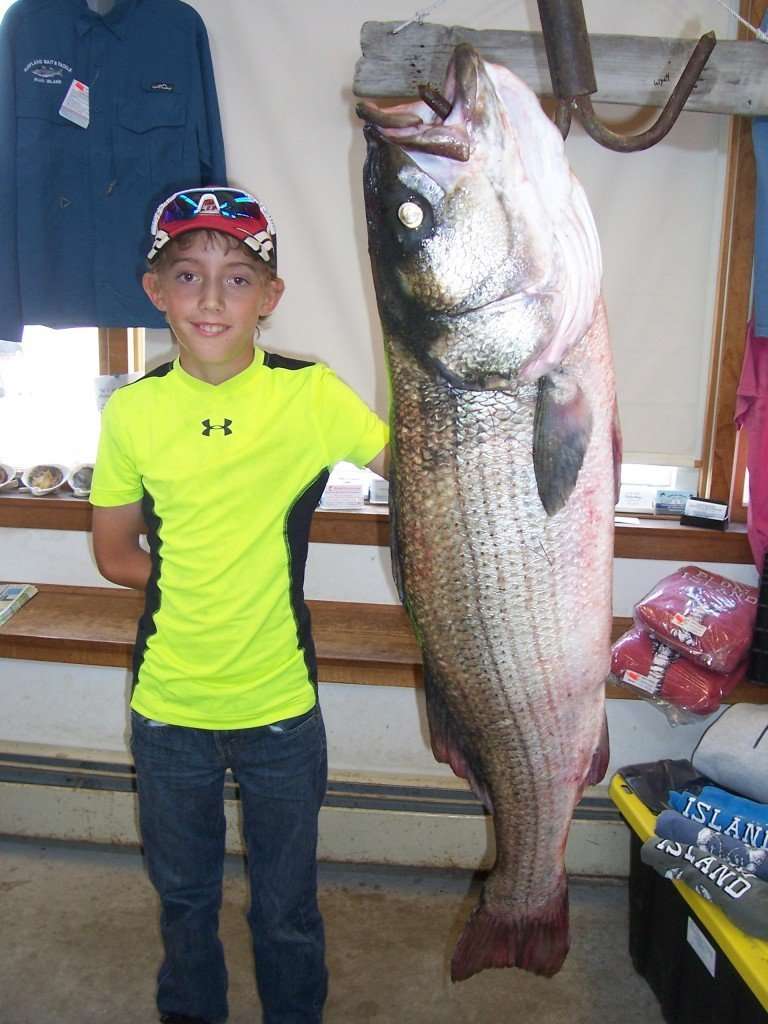 Then another boater came in, Jim Antonelli from Plum Island & Westford.  Jim is the Principal of Westford Academy and a good friend of local fishing legend Russ Currier.  Obviously, Russ has taught Jim a thing or two! 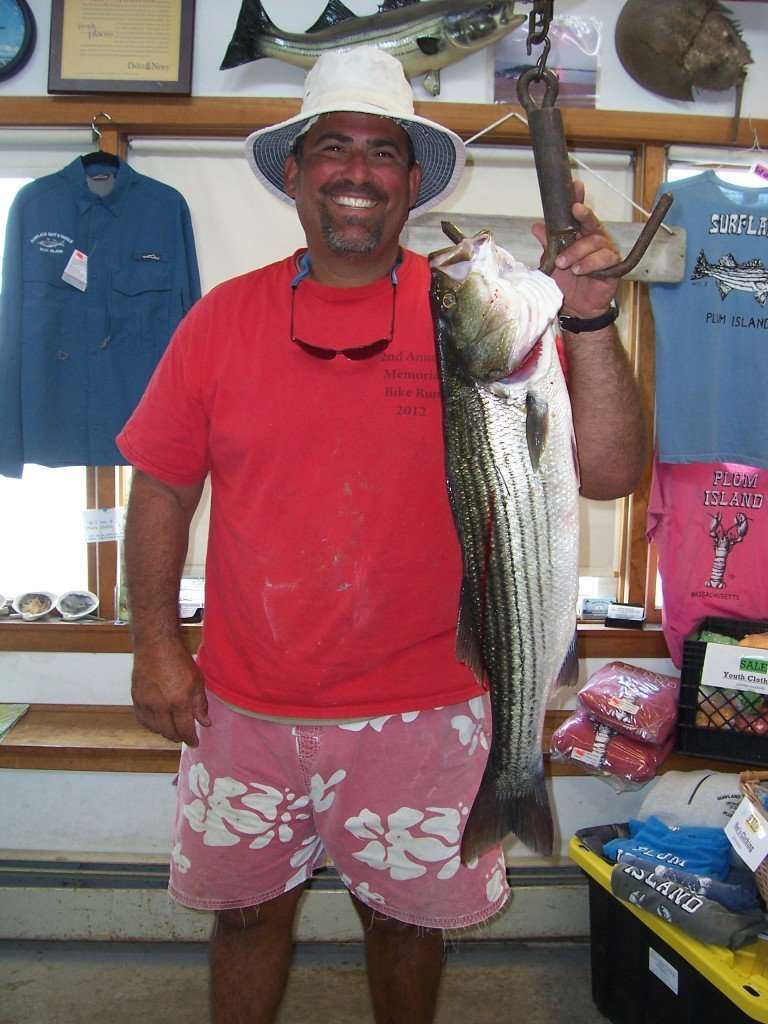 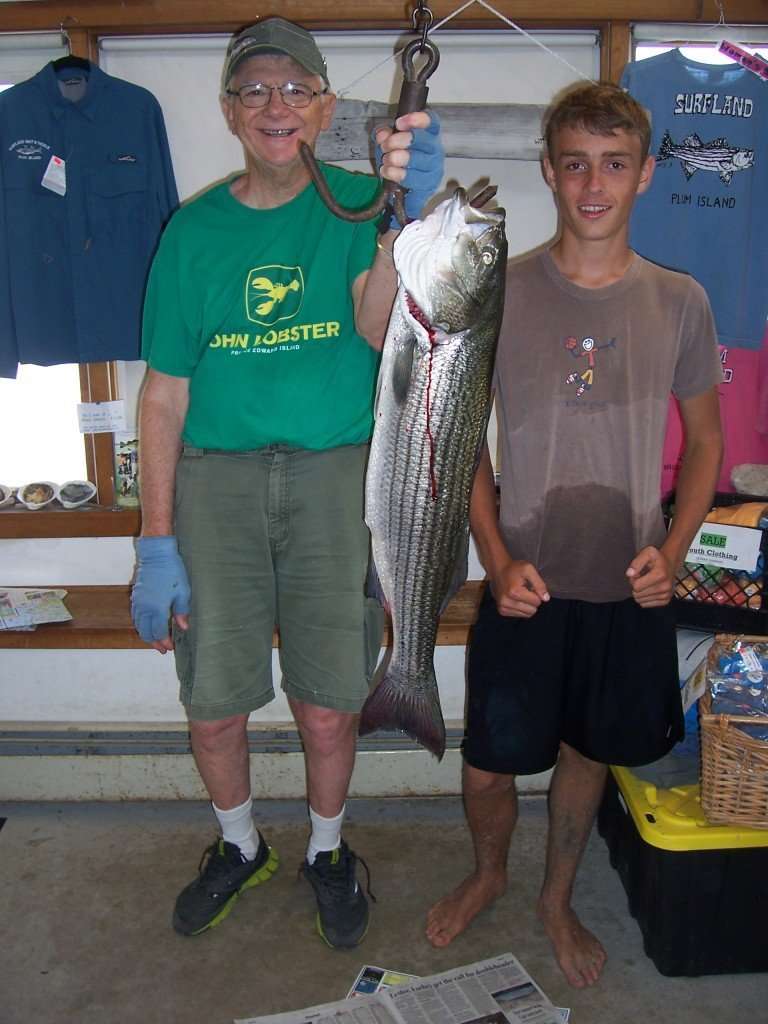 Anybody been paying attention to the water temperature lately??  It has really been cold.  Make sure you are fishing in water that is at least 50-55 plus degrees.  The fish are not very active in temps under 50 degrees. We have tons of boat guys telling us about the water temps over the last few days. Maybe that counts for the increase in the bass taken during the day when the temps come up a few degrees!