THANK YOU TO ALL THE SUPPORTERS

06 Sep THANK YOU TO ALL THE SUPPORTERS

Well the raffle drawing was last night……………..names picked by Sammy Dog & Kylie Kat……………….people called.  Congratulations to all that won and many many many thanks to all of you that bought a ticket. With your help we raised almost $25oo for Nate’s rehab.  That will get him almost 13 sessions at Journey Forward in Canton. For now I will list all the winners, but later on I hope to have some of the pictures from the drawing posted when the photographer sends them.

Wait, Saron Gauvin just came in to pick up her prize.  Sharon won prize #6, The Tsunami 10′ Surf Rod with the Tsunami Lures. Way to go!

And Dr. John has just arrived to pick his up along with some worms and head to the beach to fish. 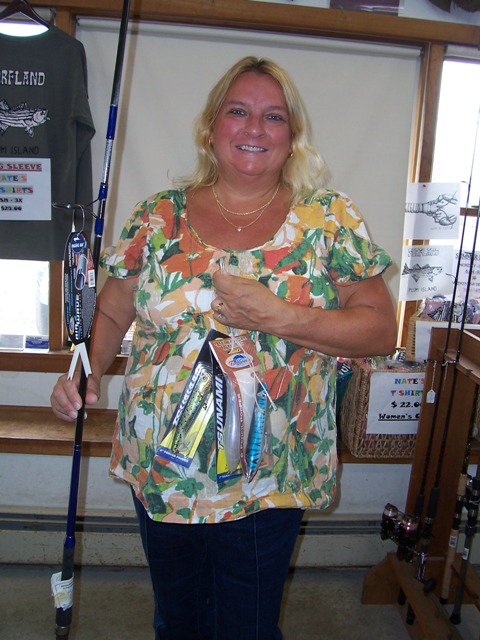 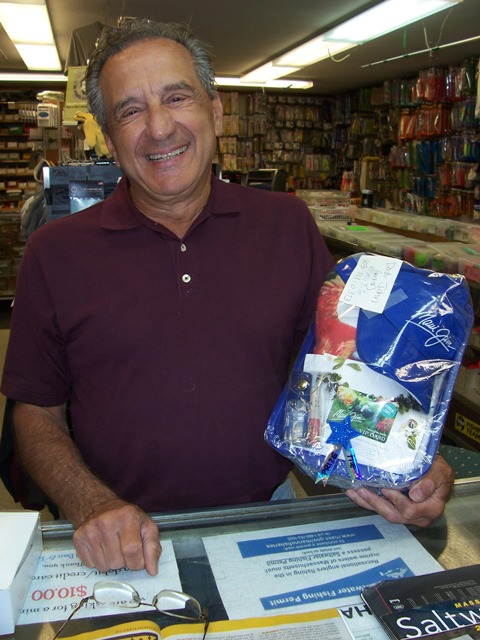 ** (also took 1st place-surf div. this past weekend for the Leo Alemdia Tournament!)

Again, many thanks and we will post some picture soon!!!

What a weeknd it was for the beach biggies. Everyone that came back in from their two days on the beach ware more than happy. The weather was BEAUTIFUL, the tides were right, the fish were biting. Worms were the magic bait this weekend. Second was clams. A lot of the action was during the day and during the outgoing tide………………..figure that? Not the norm, but who cares. It was a bustling weekend here on the island and it was great to see all the guys and girls back for the fall run.  Nice to catch up with everyone. And a special welcome back to the family of John Zaia. This was their first time back on the beach without Johnny, but I am sure he was keeping an eye on them. Was nice to see you all and we are thinking of you!

So, lets hope this weekend was a sign of a great fall on the beach.