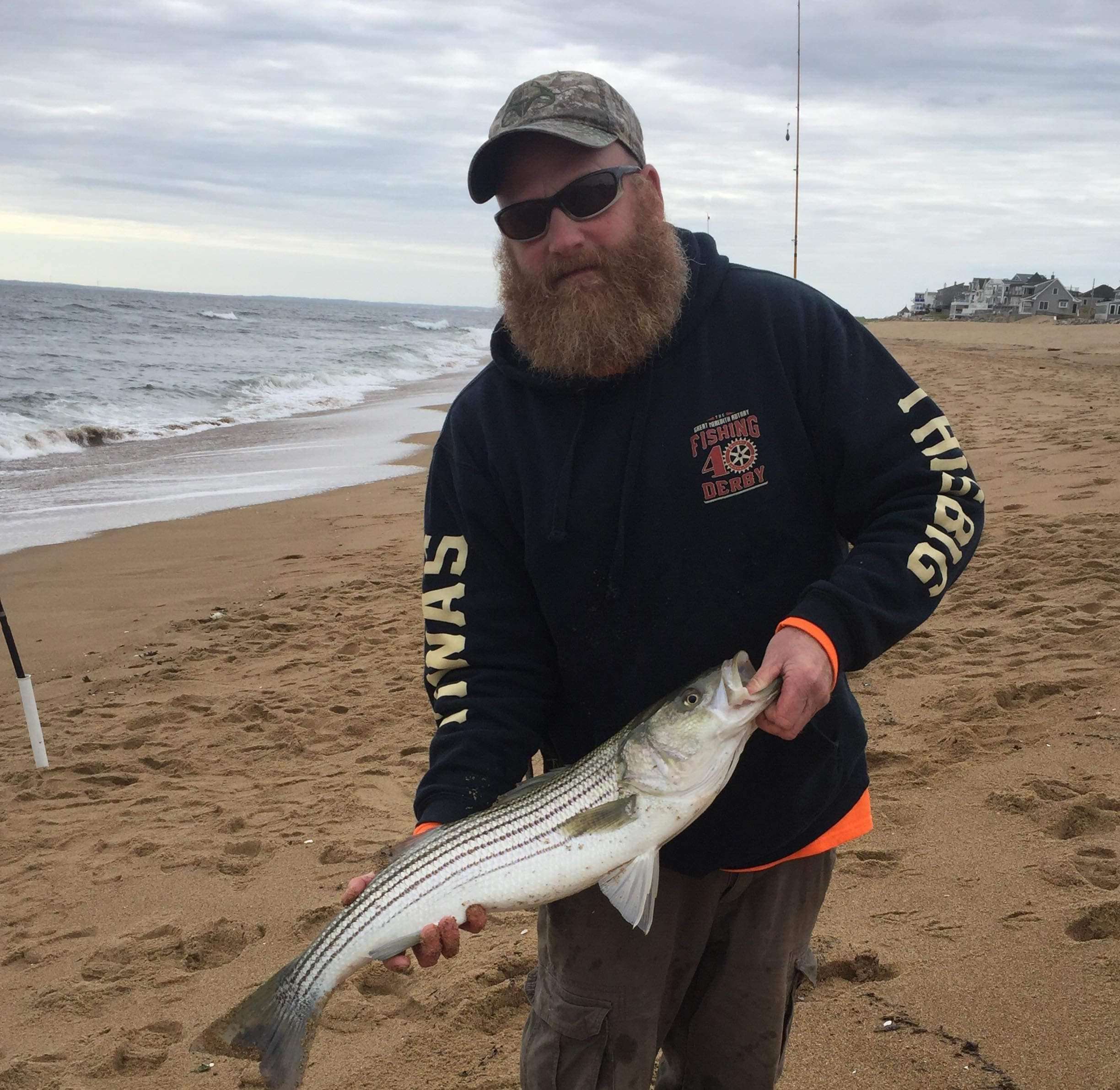 Here’s a real fisherman! Donald Dunbar from Ipswich! He shows up usually on a weekend night, usually with daughter Jillian and/or others in tow, fishes all through the night well into the next day. Sometimes coming back for bait once or twice the whole time down on the beach. Never ever complaining about not catching anything or only catching little fish. The man just loves to fish. Well on Saturday morning he caught a small keeper and had his fish to eat. You are the man, you are “The Donald”! Love your love for fishing! Jillian Dunbar, his daughter sent us these pictures and a  post on Saturday:

Hello, I just wanted to share this with you guys. Last night we started fishing at the beachfront. We caught at least one fish and some skates. Our friends left early this morning and we stayed out longer. My dad caught a 30 inch on the beach front with clams. Sadly I didn’t get a keeper but my fish was about 24-25 inches. It was a great time!   ~ Jillian

Jillian was just in tonight and heading out to fish the night tide. She said they caught a few others that day, but all in the 24″ range. Good luck tonight Jillian!

Other news these last few days has been a mixed bag. Sometimes there has been a few complaints about the weed, other times nothing. The tide seems to be bringing some in and out. Some of the drive-ons got small keepers this past weekend, but  most of the fish caught were in the 18″-25″ range. Since the weekend we have only heard of some schoolies being caught on the oceanfront. Haven’t heard anything since our last reporting of bluefish. Bummer, really was hoping they would of stuck around for awhile! But the mackerel are back around in  numbers if you can get out of the mouth to fish for them. So maybe it will attract some blues back?! Fingers crossed!

Today has been a windy choppy day on the water. Not many boats heading out due to the offshore disturbance causing some good waves and rip currents. The surf guys are reporting some rough surf, not unfishable, but definitely some chop. By Friday the wind is supposed to turn around to the north, northwest so that should flatten out the ocean and allow for some better fishing condtions throught the weekend. And it is supposed to be a beautiful one!