Posted at 09:00h in Uncategorized by Liz Cowie 0 Comments
0 Likes

So we are cranking up for the season which should start any day now. Big question? Is your gear ready? Have you check all the guides on your fishing rods? No chips, slices, or broken guides because now is the time to get them fixed. And your reels???? Have you had them in for a cleaning? You now, your can’t officially have this bumper sticker unless you have had your reels done by Martha! Get them in today!

And speaking of gear, look what the mailman delivered Saturday 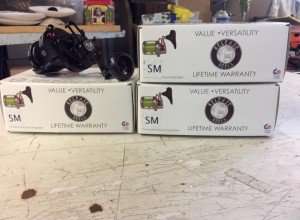 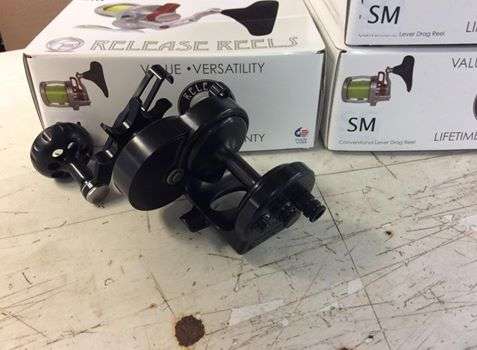 And on the Century Rod home front Century Rods, we have some of the Kevlar Nor’easter rods in, the popular stealth and sling shot models and coming into the store shortly, some blanks directly ordered from the UK. Will let you know when those are in, but in the meantime come check out the rods 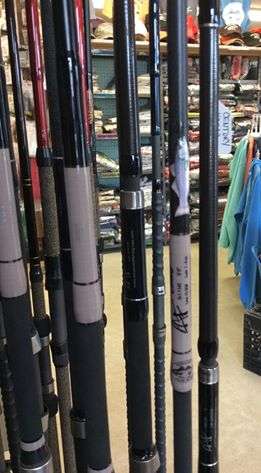 So, we have heard of shad upriver, herring are heading upriver and reports of bait fish galore everywhere but nothing yet on stripers until this am. Well we can tell you that Boston Dave has been catching held over fish on the fresh water side of the dam in Boston for a while now. Waiting for news from him about the saltwater side. Have also heard of a few small fish down the Beverly way, but don’t know if they are held over fish or not. Did hear of some small stuff in Gloucester behind the candy house and then in Swampscott over the weekend. The water temps are still on the lower side of what we want it to be but is creeping up slowly. So, any day now!!! But in the meantime we have been busy stocking up on all your favors. Bill Hurley’s Cape Cod Sand Eels are in with a new black and silver color also, R.M. Smith Tackle, Guppy Lures, Super Strike Lures, Inc., Jetty Ghost Tackle are also on the way. We have the new Diawa SP Bullet, a full wall of West End metal lures, bucktail jigs are stocked, etc. Too many to tell so here’s some pictures just to get the blood flowing! 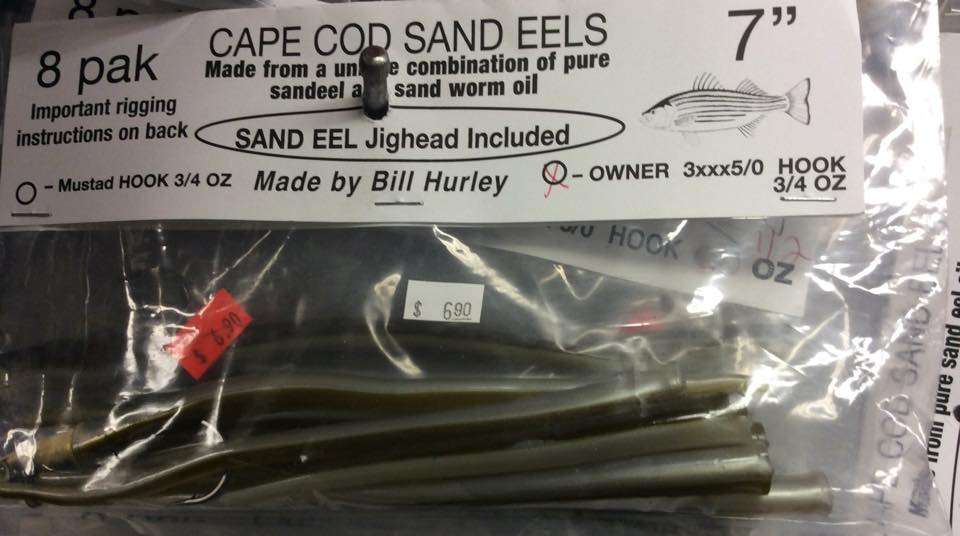 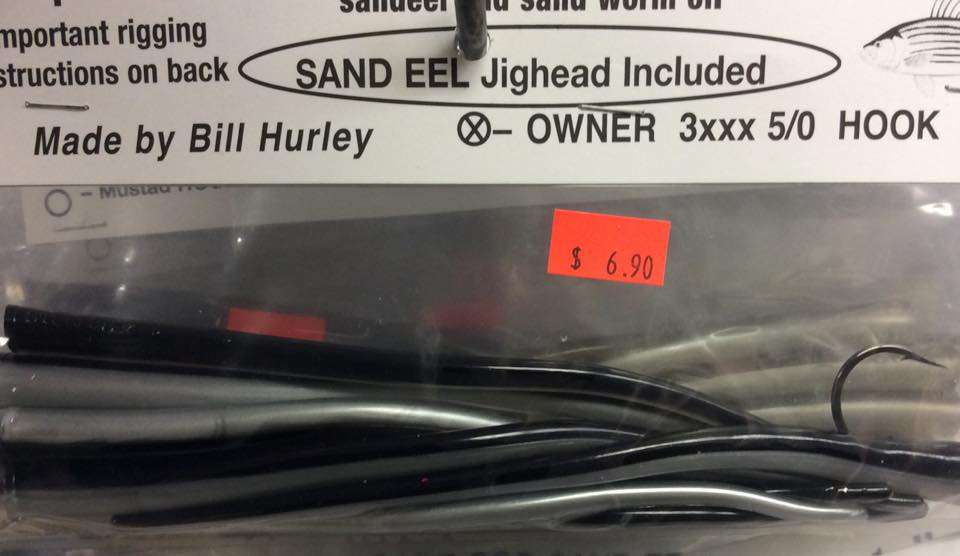 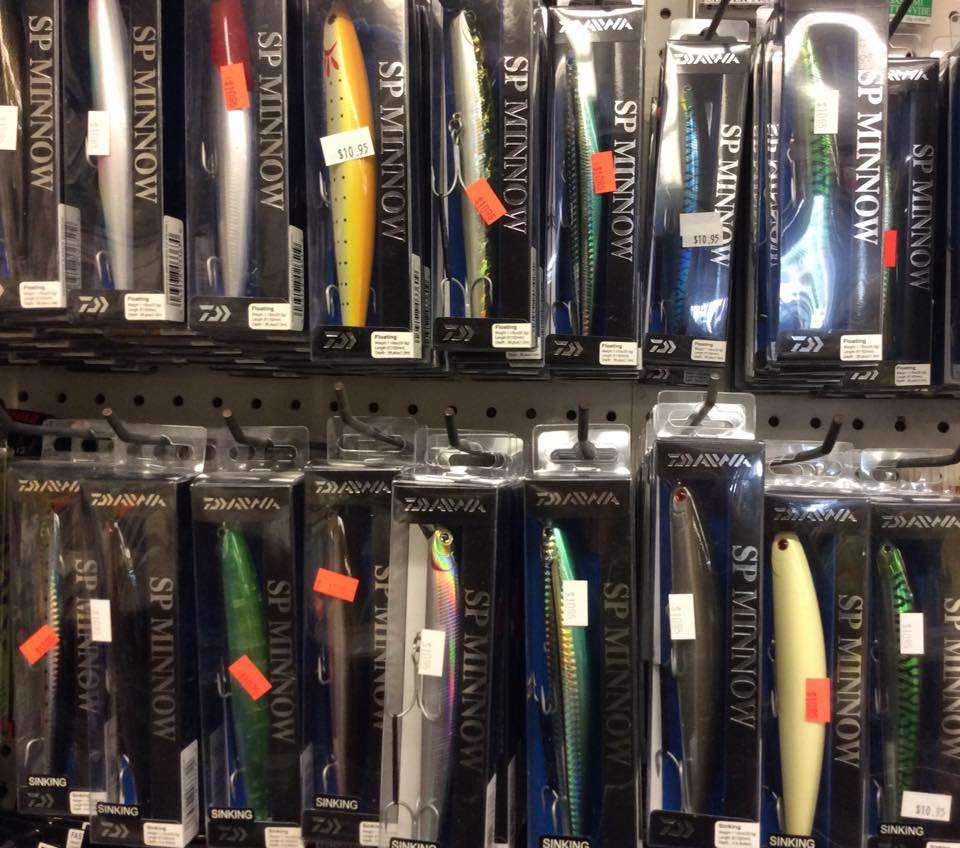 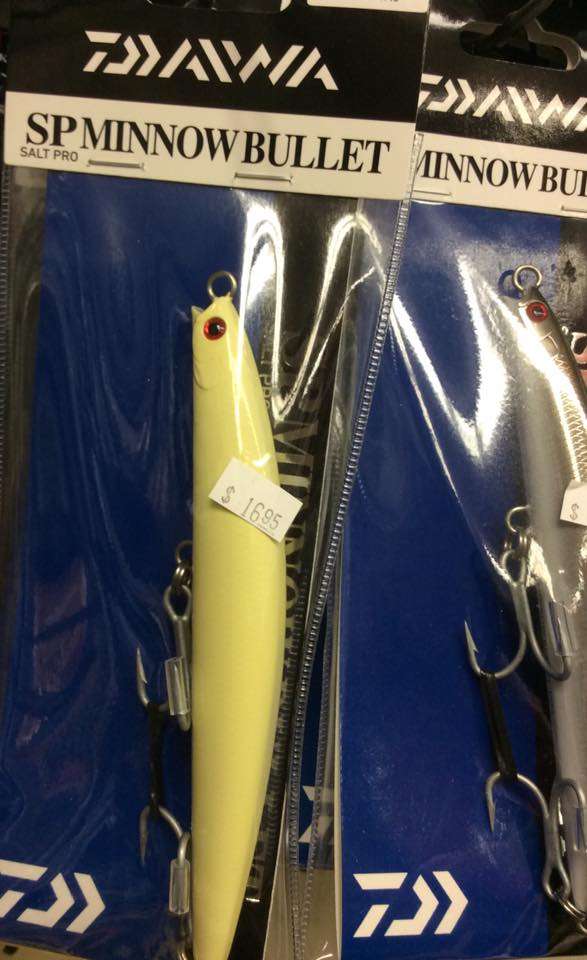 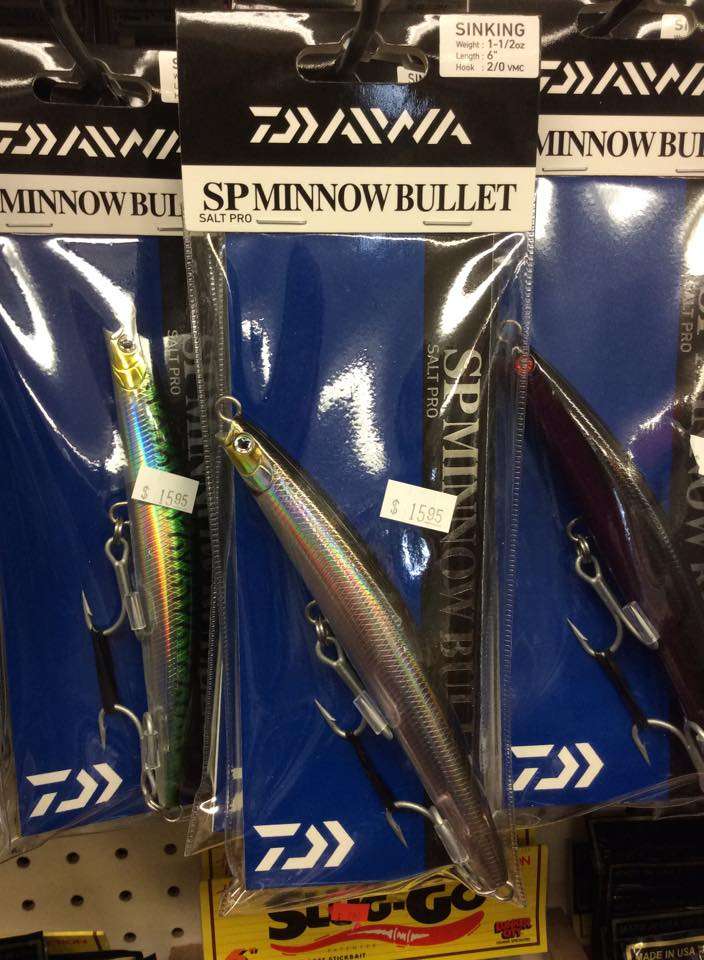 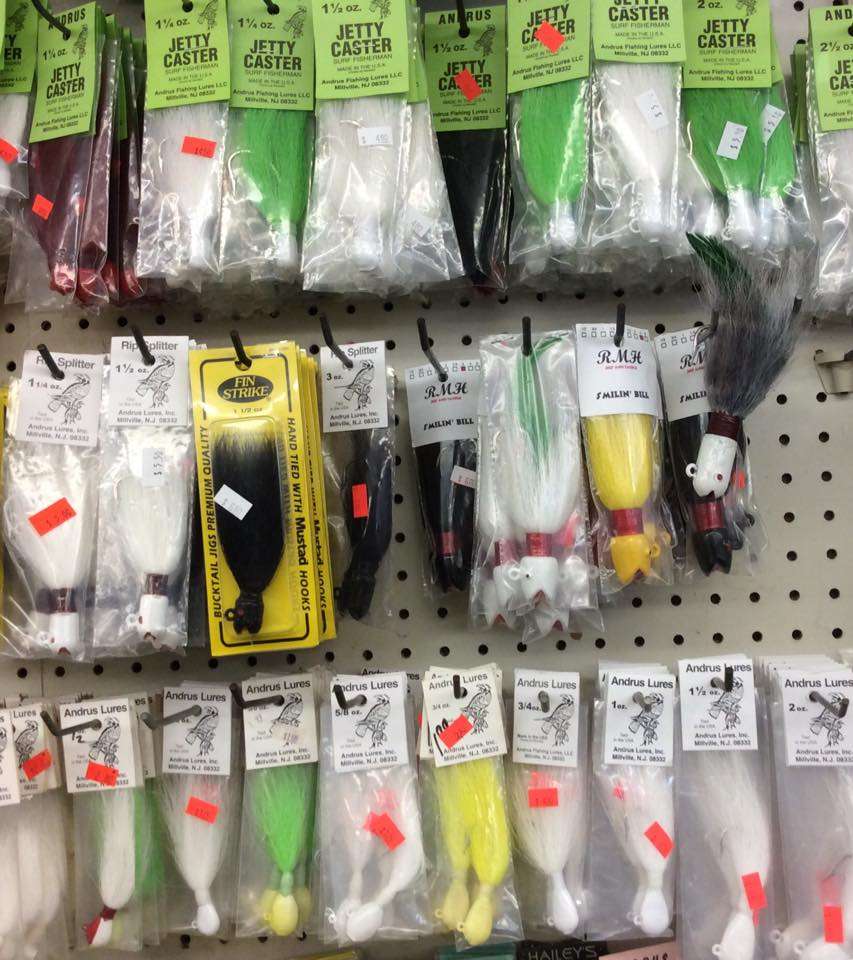 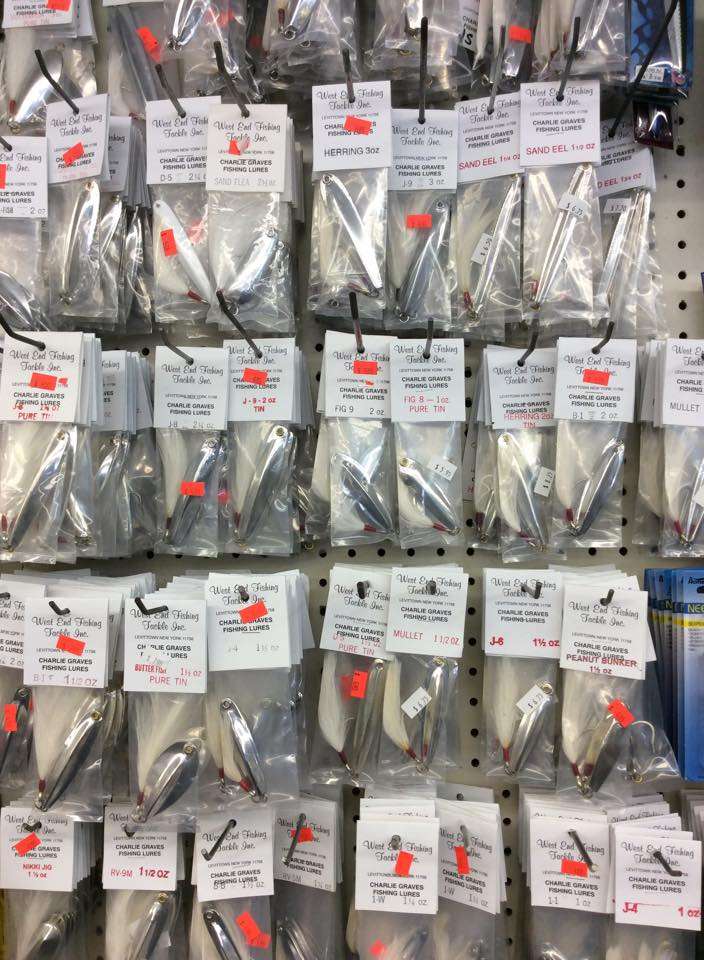