THE NOAH AND SHANE SHOW 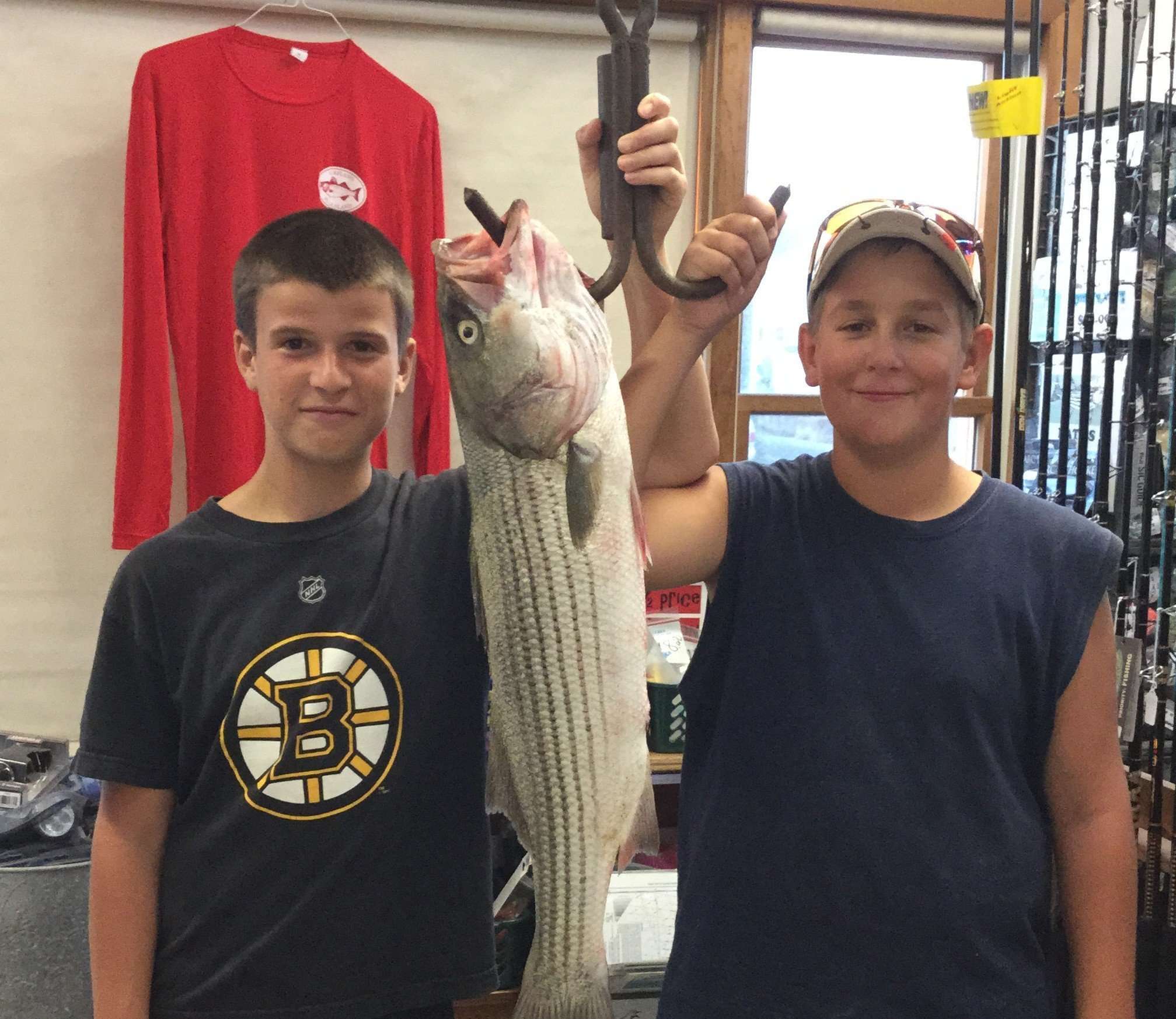 23 Aug THE NOAH AND SHANE SHOW

It has begun! Now that the other lots are open, we are starting to hear and see of some fish being taken from the Parker River Wildlife Refuge. Adam Leger brought his son Noah and friend Shane Boudreau, all from Gardner MA fishing for the afternoon. School starts next week, so these two needed some open air! They arrived about 12:30, bought some seaworms, went to the PRWR to set up base camp and as soon as they got the rods set up, bait into the ocean they started catching some stripers. Adam said the bite lasted from 12:30 until about 2:00 (halfway of the incoming tide), got quiet and then picked back up after the high tide during the top of the outgoing. So, that just proves you never know when the fish will bite! In total they caught about 12 fish ranging mostly  in the 23″ – 25″ range with the exception of Shane’s keeper (9 lbs. 5 oz.’s) and Adam’s micro schoolie! Shane landed his first fish of a lifetime with the help of his friend Noah. So Shane gets the score and Noah gets the assist. Way to go boys!!!

Also know Jamiel was on the beach today and caught a nice size fish! And early this evening a lot of the local gang has hit the beach on the PRWR for some night fishing. Good luck guys!

Shane with his keeper on the beach 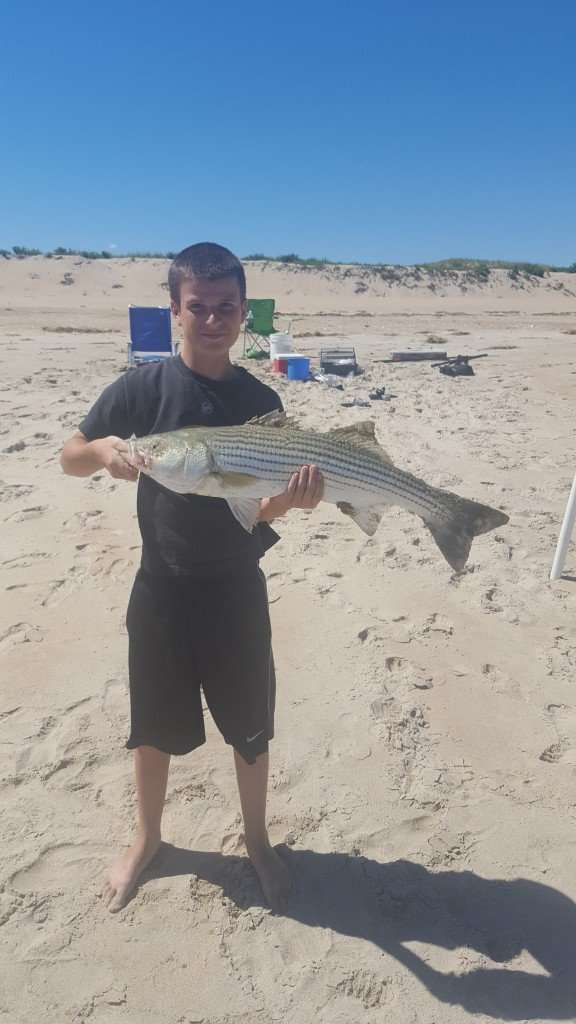 Noah with his almost keeper 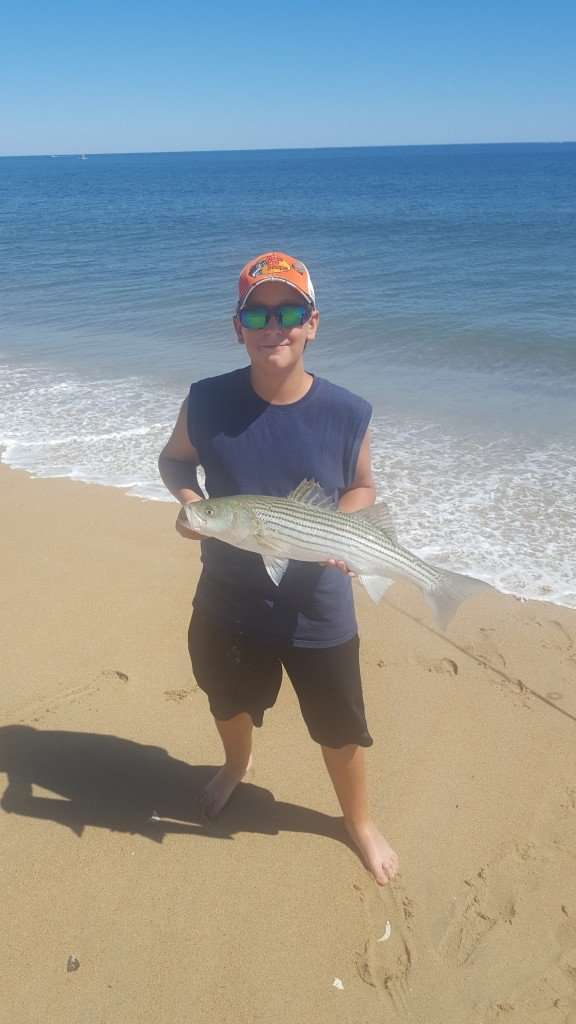 Dad Adam with his micro!