The stars were bright Fernando 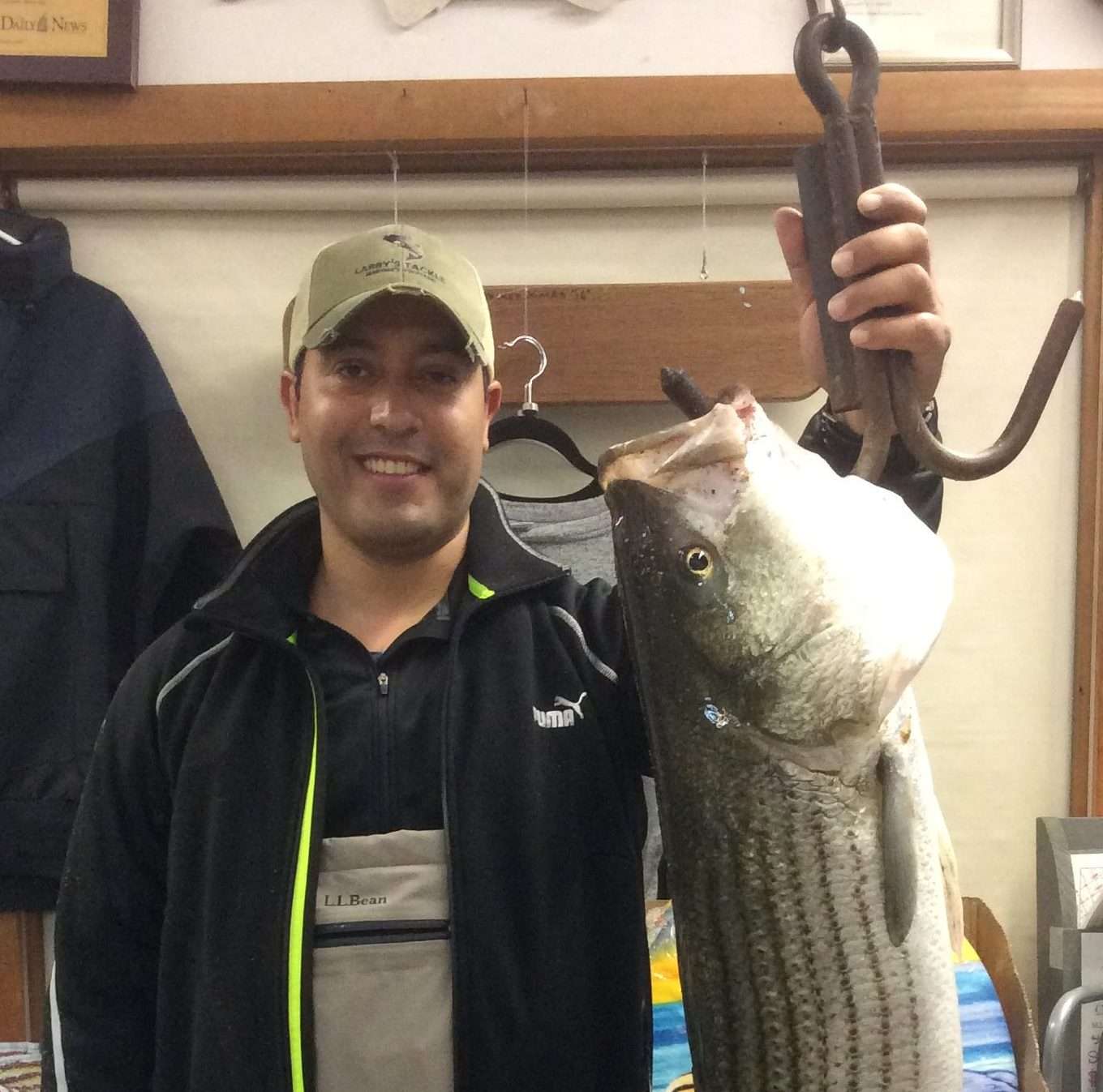 30 May The stars were bright Fernando

~There was something in the air tonight
~The stars were bright, Fernando
~They were shining there for you …………………….

Tonight we had Fernando Rodriguez from Boxford come in with this chubby 15-8 pound Striper that he caught out front to the right of the shop. Fernando was using a Super Strike Little Neck Popper. Told you that poppers were coming into play! He caught this fish within the first hour of fishing the sunset tide and tonight it was the bottom of the outgoing tide. 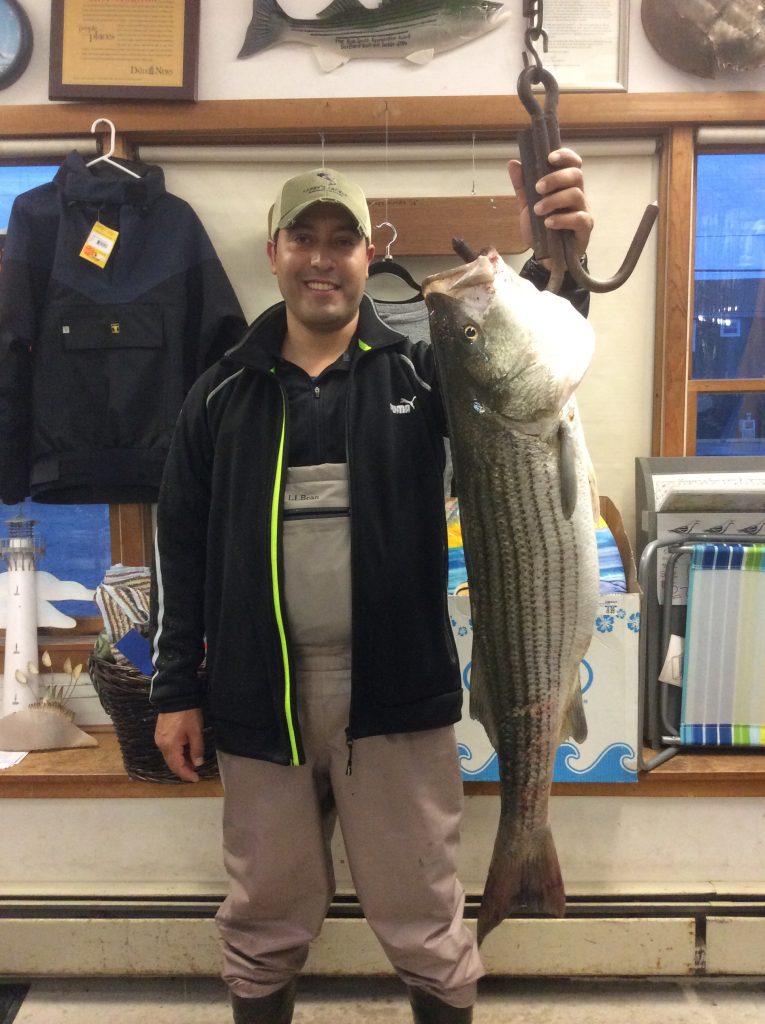 Today was a quieter day on the island after this busy fishing weekend. The guys that were out got some small bass along the oceanfront. This morning tide produced a few fish out of the river for some that were there also. There was some weed around but if you could get away from it or under it there were some fish to be caught! Low tide tonight is happening now and hoping to get a few photos and or a report from some of the guys that fish the river, jetties, and the northern end of the oceanfront.