April 29. They’re on their way

Here is what Kay says today:

Boston Dave is catching fish in the harbor (Boston Harbor)

He also said that there is herring all over the place where they were fishing. Good News!!!

Tall Jeff has left a comment on the site that he has heard of a schoolie being caught on the front beach. I however cannot confirm that.

The Shad are here!

George Bossi hit some shad at Rock’s Village. He was fishing the outgoing tide yesterday afternoon.

We have a beautiful weekend coming up.  And as Mike MacCormack  put it  “we have clams and worms……………..which is better than crabs!!!

Just in……………………….”Batman Bob” , he tried the river (parker river)this am and got nothing. No stripers. There were others there as well trying their luck. Eddie showed up and they took a ride over to the fish ladder in byfield. There was a “counter” there but he had not counted any yet today, however he did the day before. Then eddie and bob rode back to the bridge on Central st and bob says the herring were backed up there!, tons of herring. Then bob went back to the parker and tried again on the outgoing tide and “nothing”. Oh well………………only days now!!

While we are talking about Shad. Here is a graphic about how to rig your line to catch one.  You can see the full size image by clicking here. 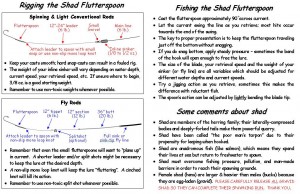 Riverfront Marine is having their open house this weekend. Kay will be there to answer questions and sell a few deals  http://is.gd/iPasOQ 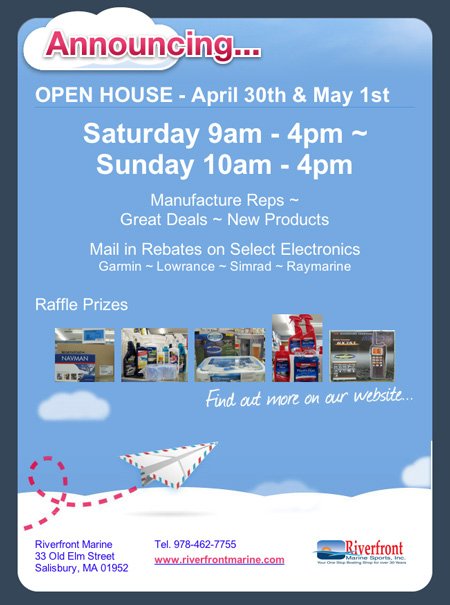