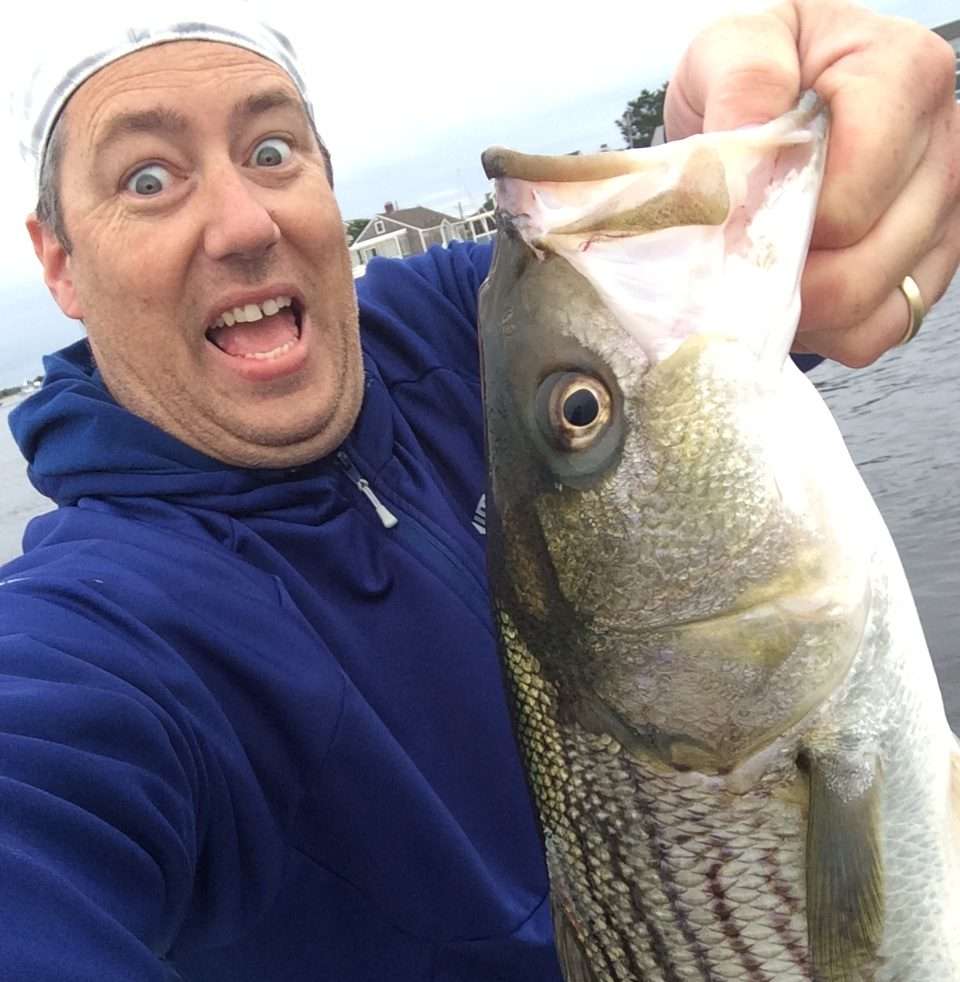 Sorry folks, been lax with some pictures and a report. Just not enough time in a day! But today I got one for you.

Some folks have been saying that the fishing has gone a bit a slow. There has been an unbelievable amount of pogies in the area and the guys are having a hard time getting the fish to bite. They are stuffed to the gills (literally!) with pogies. But in certain areas we have guys telling us that the fishing hasn’t let up for them. The beachfront has still been producing small fish as well as the Plum Island Sound. Depending if you are in the right spot inside the mouth of the river you have been catching fish. There a some choice holes that the fish lay in during this heat and if you lay the bait on a silver platter for them in front of their nose they bite! Remember, what the hot steamy weather does to us does to them. The heat makes the water temperature rise also so the bigger fish also get sluggish. They search out cool spots to lay in and wait for the food to come to them. So don’t give up, if you aren’t catching move your spot.

We have had three fish come into the shop today for weigh-ins. Island boy Zach Raposa caught 11-4 pounder from a boat fishing around Deer Island today using a tube-n-worm.

And we also had Paul & Judy Sarkisian from Chelmsford brought in their two fish that weighed in at 8.6 and 15.11 pounds. They were fishing from their boat outside the mouth of the river along the beachfront and they caught their fish jigging for them instead of using live mackerel.  They said that others that were using live mackerel weren’t hooking up around them but it was the jigs that did it for them!

Craig also sent us some photos of several trips he has had with the boys out in their boat.  Over the last few weeks they have been catching fish up to 30″ on jumping minnows and soft plastics. Great pictures boys! Thanks for sharing! 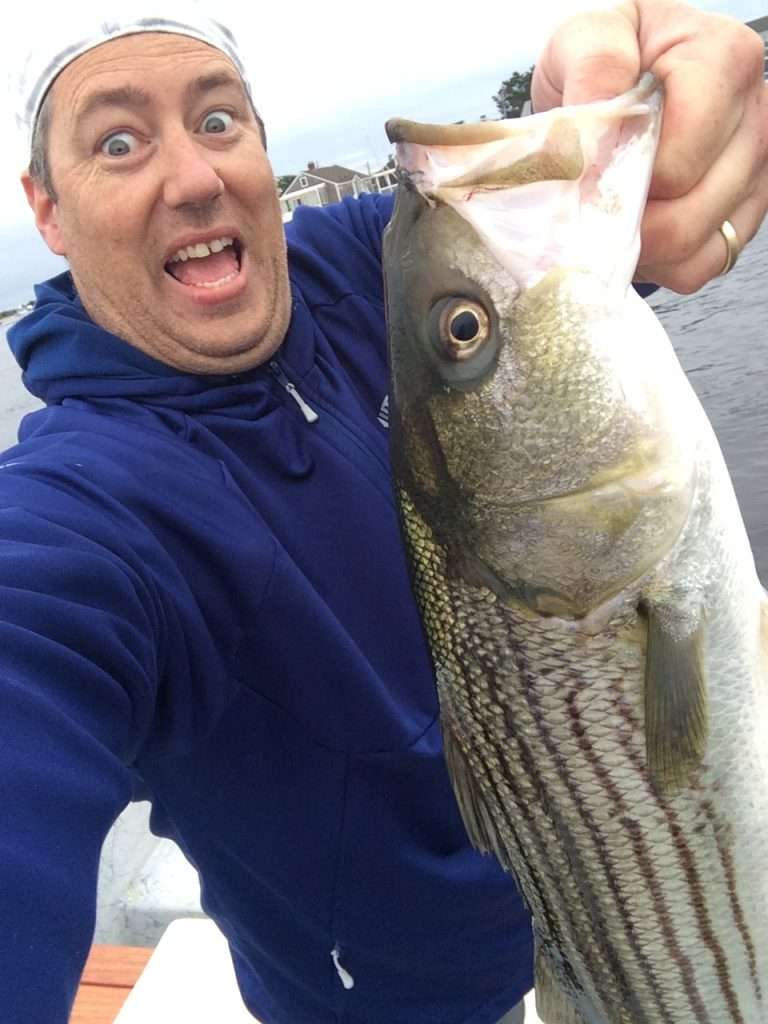 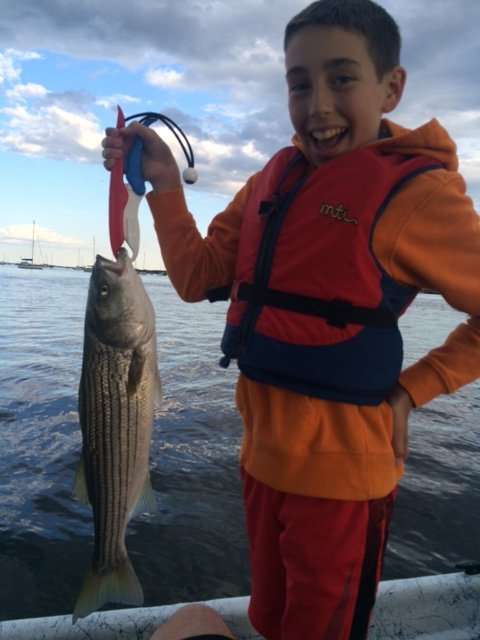 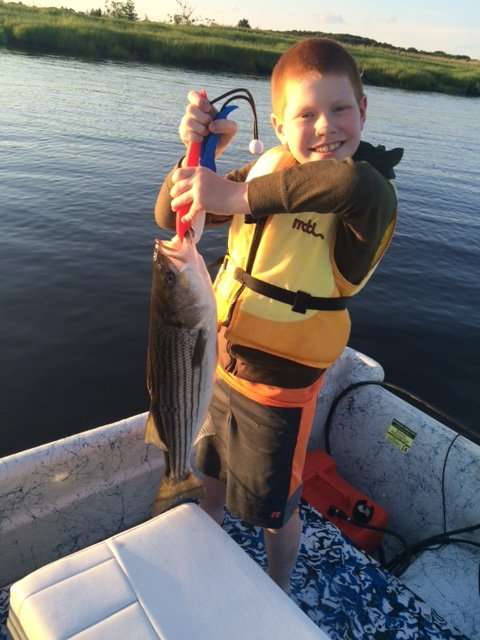 We have also had some pictures sent to us through FB since July 10th that we also want to share with you:

Josh Najem, a FB follower sent us this report Tuesday:

and he thought it was too hot for the stripers………………….nice fish Josh! 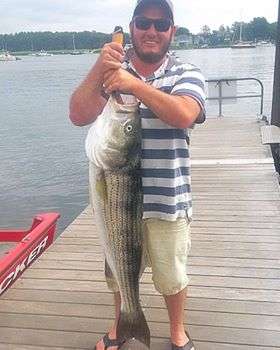 July 16th, Mike Hillson shared this with us:
Figured I would share this with you guys. Not a giant like most of the posts lately but it’s always awesome to catch a tagged fish. 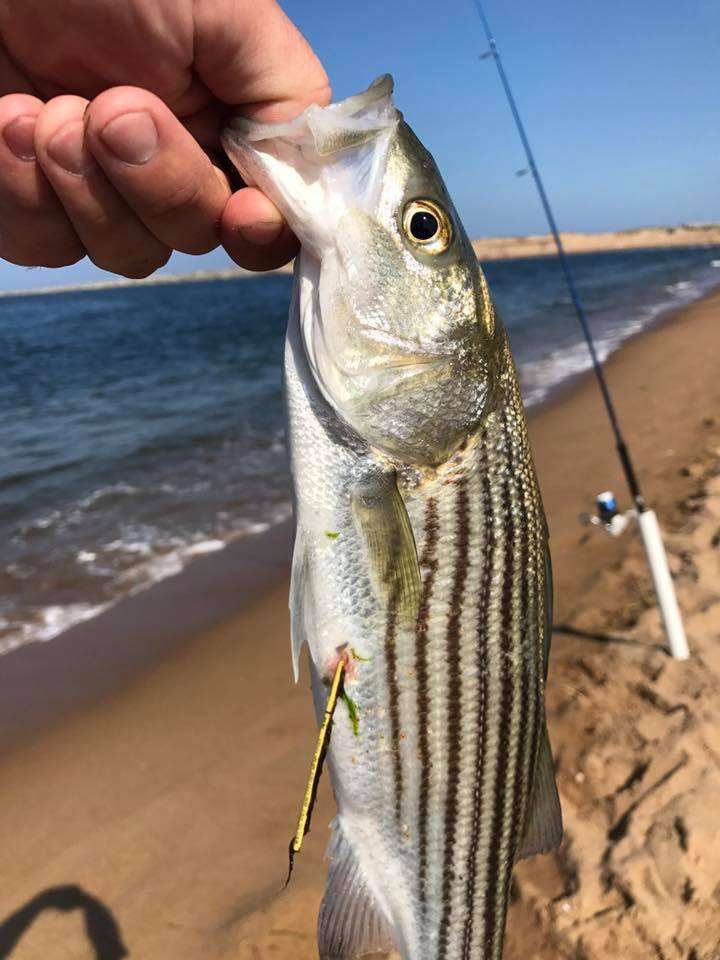 Here’s a few fish from last night. My fish was 45″ 38lb. Chris Barnaby with a 39in. and Joey Lanciotti with a 33in. all safely released. 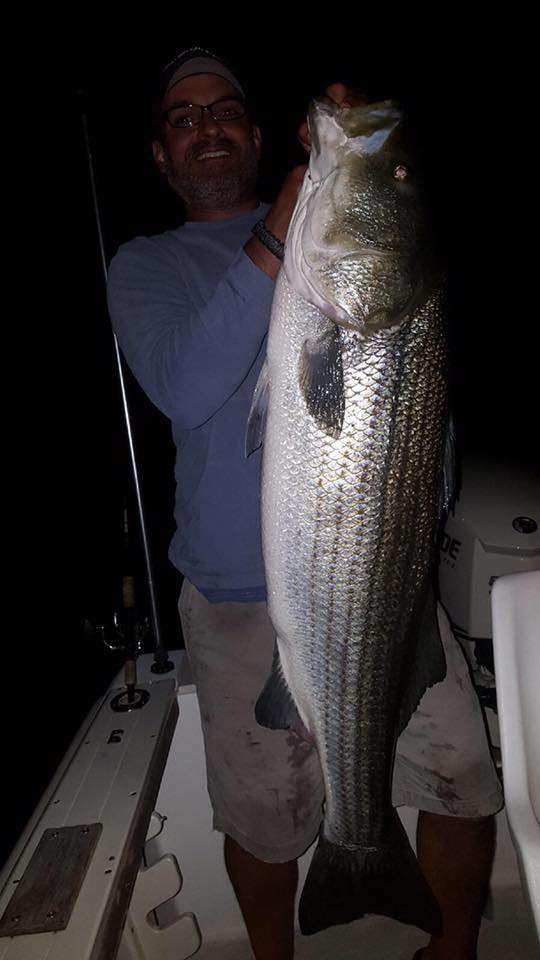 .Also on July 10th, Cameron Bennet was fishing around the Misery Island area in Salem on July 10th when he caught this fish on live mackerel. Beautiful! 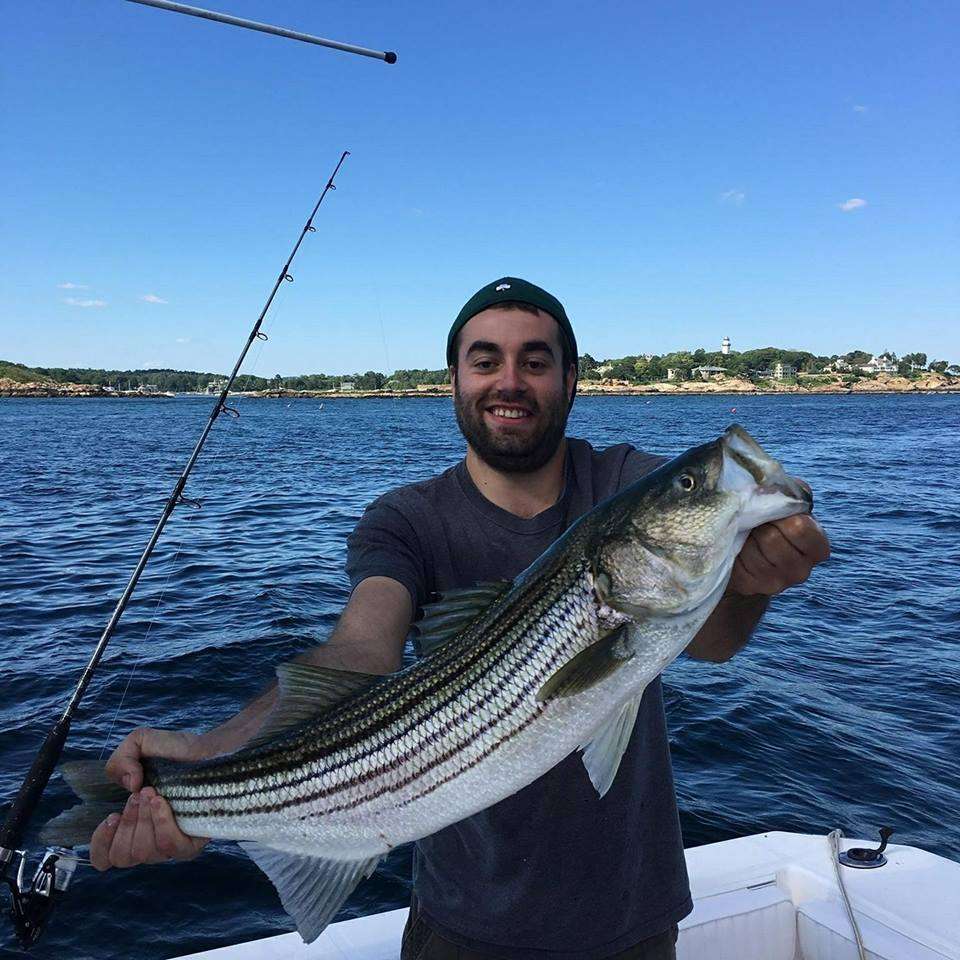 as always, thanks for sharing with us on FB! Not the best at it but trying my hardest to share all your posts and pictures you send. We appreciate your continued support! Here’s to a great summer of fishing. Let no Greenhead stand in your way this July for the pursuit of the “big one”!